Men and women who have served in the military have returned with damaged psyches, broken bodies, and missing limbs. We won’t know for a long time if these causalities were worth it. For those who lost loved ones, it wasn’t worth it. I know they have to say it was, but in the end, for them, it wasn’t worth it. When we hear that “war is hell,” it’s not far from the truth.

War is not personal for a lot of people. It’s something that is done “over there.” Vietnam was the first war piped into our living rooms. It was the steady stream of body bags and the draft that brought an end to the war and more than 50,000 American dead soldiers. This says nothing about the dead Vietnam soldiers – both North and South – and Vietnam civilians. The same is true for the war dead in Iraq and Afghanistan.

My father served in WW II in the Pacific. He was at Pearl Harbor on December 7, 1941. He survived the day that lived in infamy, obviously, since I’m writing this. I was born in 1950. 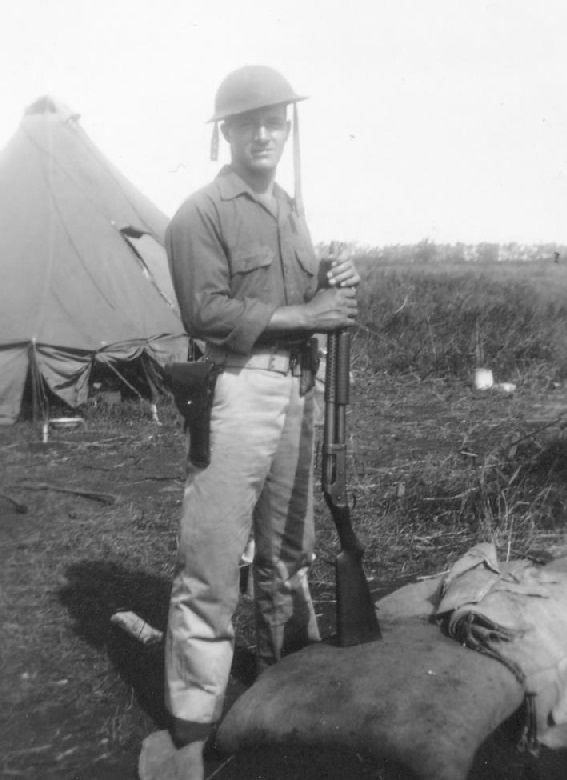 It wasn’t too long before the specter of war raised its ugly head again in the Korean Conflict. My father reenlisted and was told that he would only be involved in training. The Army lied. He was send to Korea and left my mother behind with two infant children, my brother and me.

When my father died in May of 2001, I saw for the first time the letter the Army had sent my mother informing her that my father had suffered a near-fatal injury. A mortar shell had exploded next to the jeep he was riding in. My father’s foot was resting on the running board. It was the last time it would rest anywhere again. After the explosion, all that remained was a bloody stump.

That stump of a leg shaped our lives in so many ways. One particular “stump story” remains a vivid memory and a constant reminder of my father’s unvoiced frustration with what was no longer normal about his life.

The Pittsburgh Pirates were playing the New York Yankees at Forbes Field in the 1960 World Series. It was the seventh game of the series, and my father was there with my uncle Charlie. The series was a wild and wacky one from the start. The Yankees scored fifty-five runs, with ninety-one hits and still lost. Mickey Mantle described the series as the biggest disappointment of his baseball career, and this from a guy who hit 536 home runs and helped the Yankees win twelve pennants and seven world championships. A person should have such disappointments. But for a Pirate fan whose team had not been in the series since 1927, it was heaven!

The score of the seventh and final game had see-sawed back and forth all day. Going into the bottom of the ninth, the score was tied 9–9. With two outs, my father left his seat. His prosthetic leg was giving him fits. A nasty boil at erupted on the tender skin of his stump. Not able to stand it any longer, he left his seat and made his way to the rest room to nurse the painful lesion.

He knew he had missed something when he heard the roar of the crowd. Bill Mazeroski had hit a walk-off home run in the bottom of the ninth to win the game and the series.1

There are many young men and women who have come back from war in the same condition as my father. They are missing limbs and worse. Most won’t be able to do the things they dreamed of doing. My father, trained in refrigeration repair, had to settle for a low-paying desk job. We lived on the edge of the city of Pittsburgh in the dying steel town of Homestead in the “Projects” until I was five.

My father’s new circumstances did not deter him from seeking better things for us. We moved to the suburbs and prospered.

Even with my father’s physical limitations, I rarely heard him complain. He lived a full life. He golfed, walking the course with my brother serving as his caddie. He belonged to a bowling league. We would go to the local swimming pool at South Park in the evenings to avoid the daytime crowds. After removing his prosthetic leg, he would use his crutches to make his way to the diving board. Startled onlookers would watch as he gently hopped out to the edge of the board to dive in.

He coached the Little League team that my brother and I played on. He even danced at my brother’s wedding. 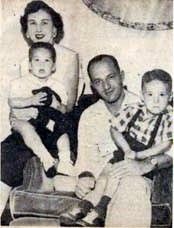 That’s me sitting on my mother’s lap

Life was not over for him because he lost a piece of himself. Our family remained intact. My mother supported my father to the very end. This life is not our end.

On his death bed, my father embraced his Savior. It’s too bad that he waited so long. For any who are out there who find themselves in a similar situation, take it from my father, your life’s not over.

Why Does Ireland’s Pro-Gay Vote Count but not the Votes of 30 States in the US?