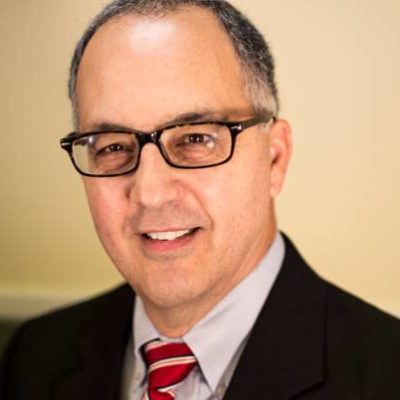 Gary DeMar was raised in the suburbs of Pittsburgh, Pennsylvania. He is a graduate of Western Michigan University (1973) and Reformed Theological Seminary (1979). He has served as researcher and writer at the Christian Worldview ministry American Vision since 1980 and President since 1984. Gary lectures, researches, writes on various worldview issues, and is the author of 35 books on a variety of topics – from "America’s Christian History" and "God and Government" to "Thinking Straight in a Crooked World" to "Last Days Madness." Gary has been interviewed by Time magazine, CNN, MSNBC, FOX, the BBC, and Sean Hannity. He has done numerous radio and television interviews, including the “Bible Answer Man,” hosted by Hank Hanegraaff and “Today’s Issues” with Tim Wildmon and Marvin Sanders. Newspaper interviews with Gary have appeared in the Washington Times, Toledo (Ohio) Blade, the Sacramento Bee, the Atlanta Journal-Constitution, Marietta Daily Journal, San Francisco Chronicle, The Orlando Sentinel, and the Chicago Tribune. 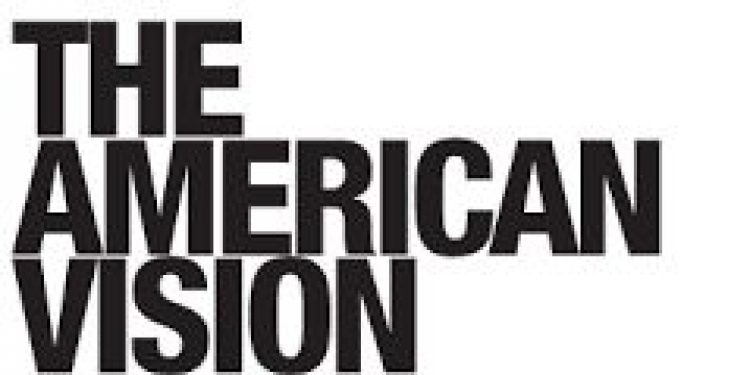 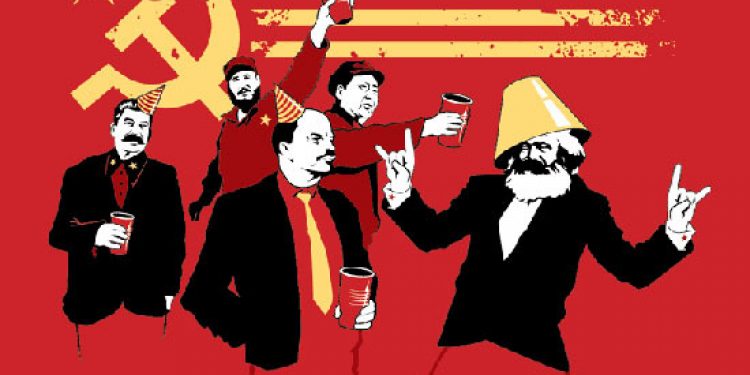 Socialism doesn’t work, so it’s surprising that some very intelligent people believe in it with a near religious fervor. Of course, it’s not about mental makeup but faith despite the evidence. What’s surprising is the number of successful people who believe in and advocate for socialism. For example, Roger Waters, 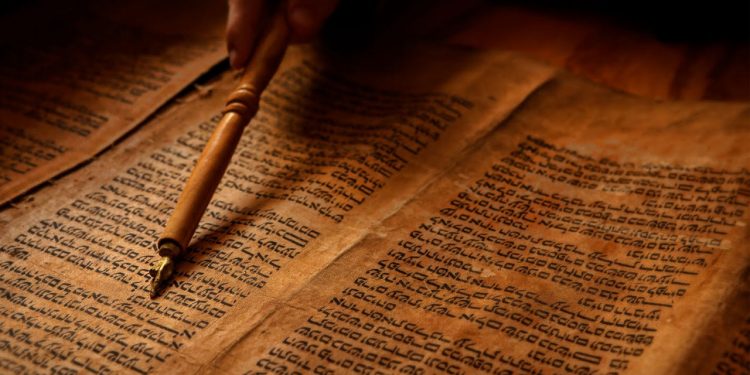 When Christians hear the phrase the “end of the world,” most assume it’s a reference to a great end-time prophetic event like Armageddon, the Second Coming of Christ, or the cataclysmic end of heaven and earth as a prelude to a New Heavens and New Earth. Actually, the phrase “end 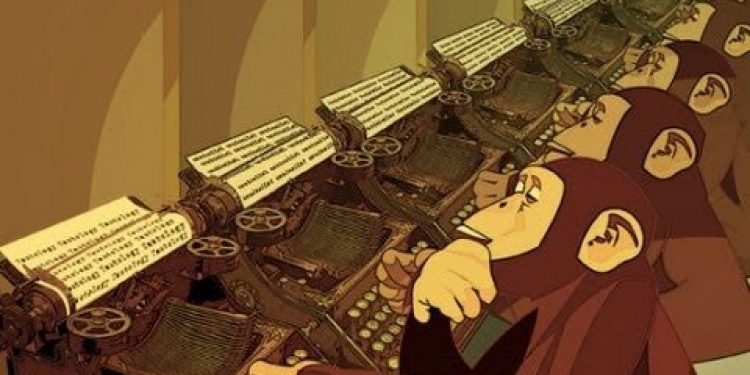 Two articles appeared some time ago about monkeys and their supposed similarity to humans. In the first article, we learned that when monkeys were given keyboards and computers, they made a mess. Based on testing the Infinite Monkey Theorem, researchers at Plymouth University in England reported that monkeys left alone with 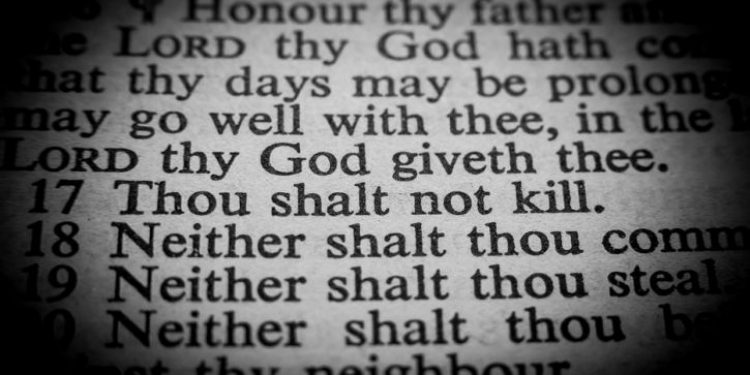 Most people who have seen the film The Ten Commandments on television have never seen Cecil B. DeMille’s opening introduction. DeMille had something more in mind than just making a film about a religious figure from the Bible. He considered his production to be so important that he came out on 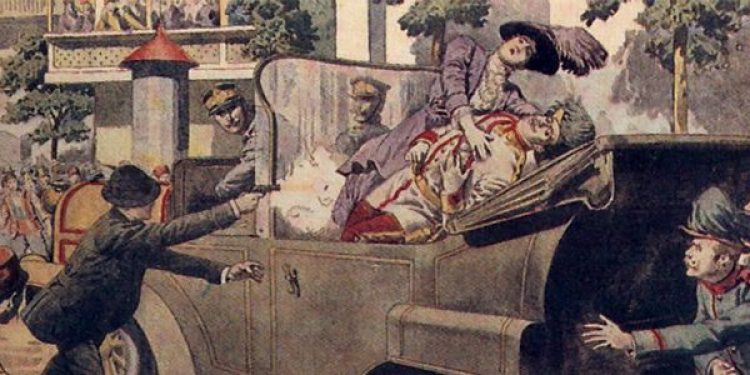 The Butterfly Effect is said to explain how seemingly inconsequential events can cause catastrophic results. The flap of a butterfly’s wing might set off a series meteorological events that result in a hurricane in the Caribbean. What’s true for wind currents can also apply to historical events. For example, the

While the writer of the letter to the Hebrews says we should “have our senses trained” (5:14), the Bereans searched the Scriptures daily to assess whether what Paul was saying was true or not (Acts 17:11), and John says to “test the spirits, to see whether they are from God, 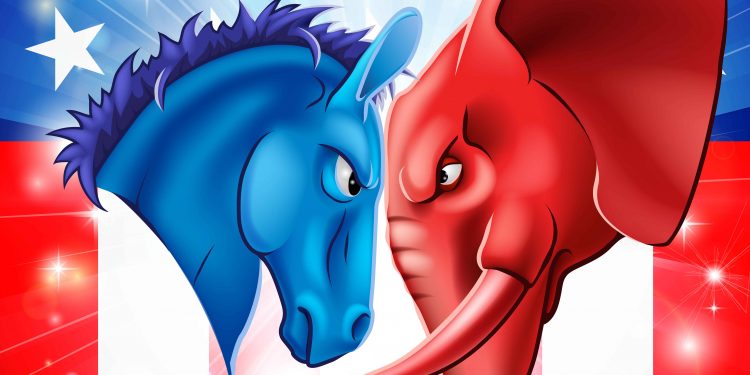 Is Politics Outside the Scope of the Christian Worldview?

There’s a scene at the end of the film The Martian where Mark Watney (played by Matt Damon) lays out what is inevitable in space travel. It’s a lesson that can and should be applied to every area of life: At some point, everything’s gonna go south on you… Everything’s going 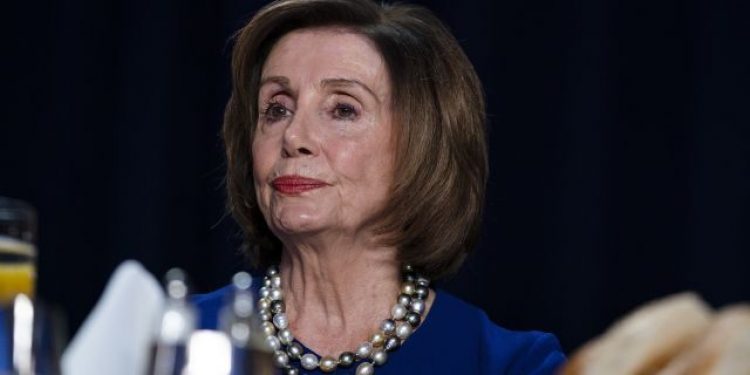 Nancy Pelosi says Democrats are “Very Devoted to the Gospel of Matthew.” 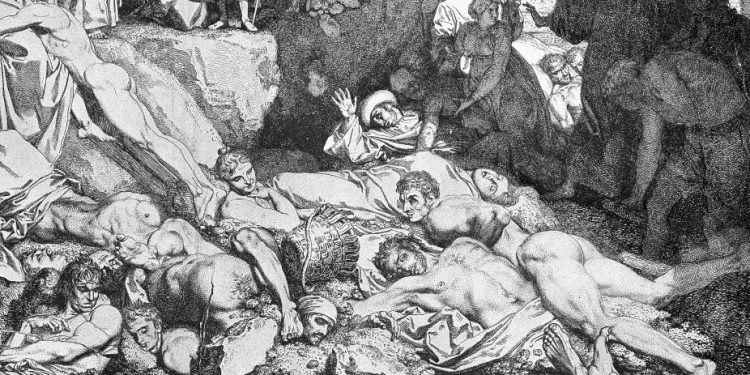 ‘Biblical Scholar’ Claims Virus is a Sign of the End

“A biblical scholar said the new coronavirus outbreak is a precursor to End Times prophecies, warning that the pandemic is a ‘very serious foreshadowing’ of what’s to come.”What’s worse? The government of “experts” who have locked down our nation because of a virus or “a biblical scholar” who is misinterpreting 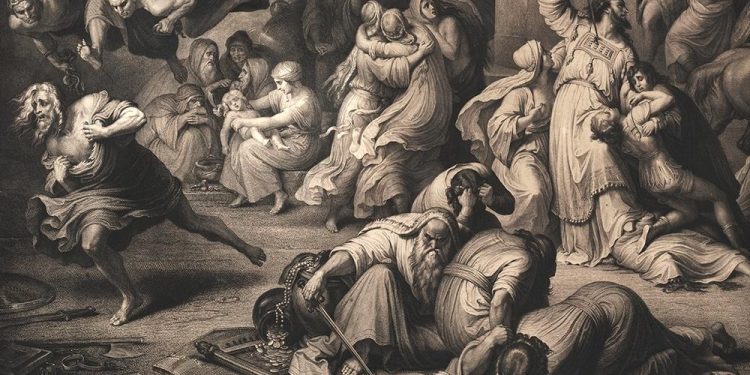 While searching for some information about the relationship between Matthew 24 and Luke 21, I came across a series of articles by Thomas Ice on Matthew 24–25. Ice is a dispensationalist. Thomas and I have debated on numerous occasions. Kenneth Gentry and Ice collaborated on The Great Tribulation: Past or 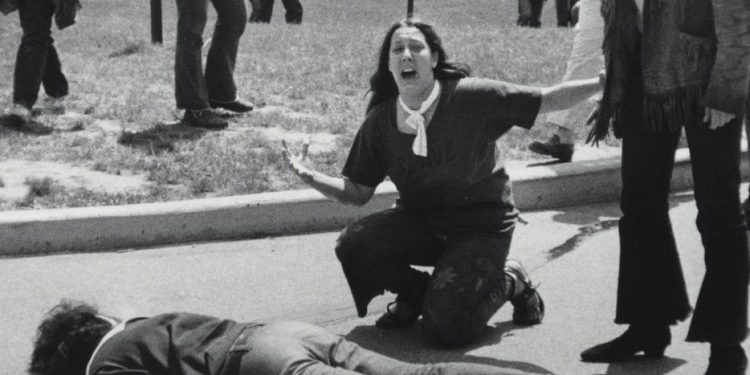 Shifts in worldviews take time even though single events seem to mark their transition period. Seemingly unrelated events and thoughts work their wizardry to produce unfathomable results. Once the shift has taken place, only a retrospective look will reveal the philosophical ebbs and flows that erode worldview landscapes. The twentieth 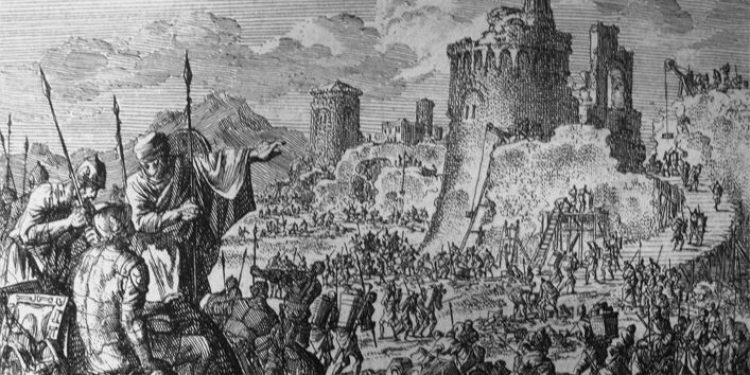 Are Matthew and Luke Describing Different Destructions of the Temple?

I find a lot of interesting comments on Facebook. I use it as my research platform. People dig up all kinds of things I most likely would not find on my own. As you most likely know, prophecy is big right now because of geopolitics and a virus that is 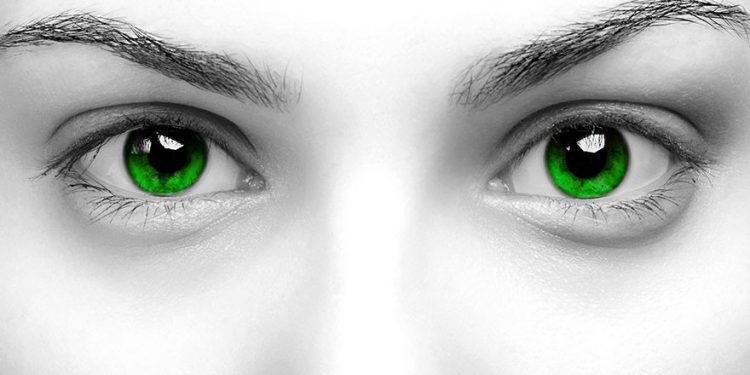 The Rich, Taxes, and the Sin of Envy

Liberals are incensed when it is suggested that “the rich” get any type of tax reduction even though the top 50% of wage earners pay 96% of all income taxes. Since they spend more money, the rich also pay a disproportionate amount in sales, property, entertainment, and excise taxes. Without 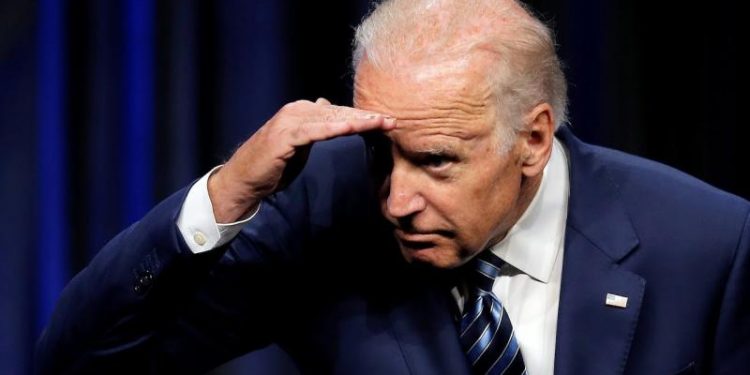 Why are most liberal women’s groups and high profile Democrat women not going after Biden over the sexual assault allegation? Because Democrat politics is all about abortion. They know Biden will vote that women have the right to kill their unborn babies. If some women were sexually assaulted by him, 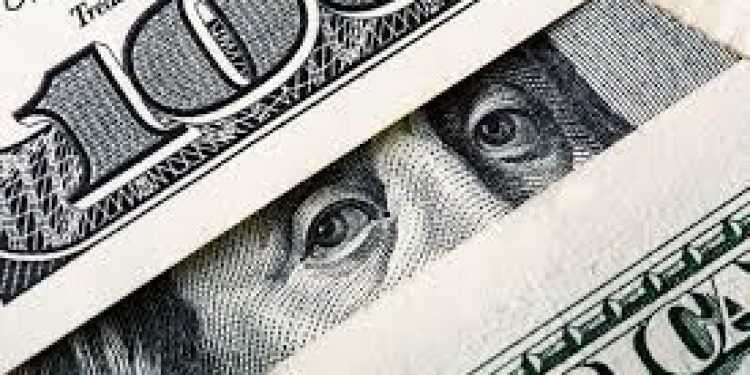 Money is a Coward and Knows Nothing about Patriotism

A few years ago, George Stephanopoulos (Γεώργιος Στεφανόπουλος),  a descendant of Greek immigrant parents, stated that companies that go overseas as a result of high taxes in America are “unpatriotic.” Was it unpatriotic for Greeks to leave their home country to find a better life in the United States? When 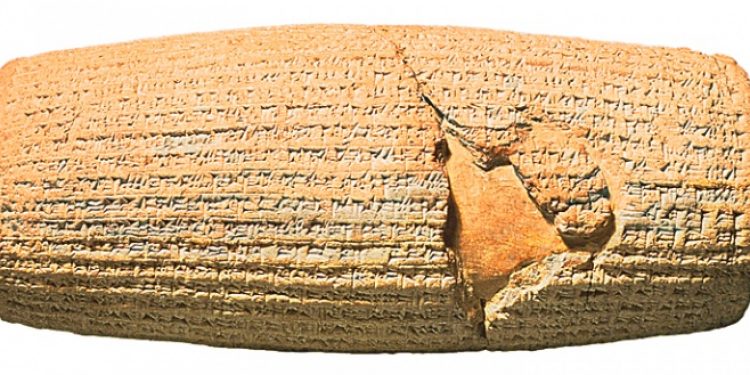 I posted a few comments on Mark Hitchcock’s site where he was promoting his third (or is it his fourth) book on Iran and Bible prophecy. I can’t find what I posted, so I’ll post some of what I wrote there. First, Mark Hitchcock writes a lot of books on 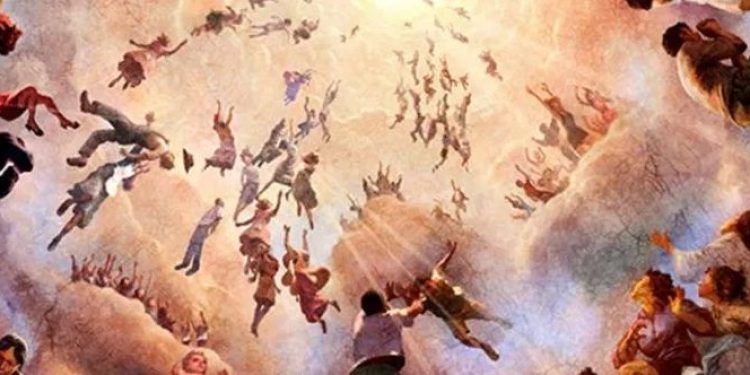 My Two Very Different Encounters on the Topic of Bible Prophecy

Late Sunday evening, I returned from Idaho after doing two full days of content projects for American Vision. Upon arriving in Atlanta very late that evening I took the shuttle to where my car was parked. I don’t know how the conversation with the driver started, but she made a