A painting I saw led me to write this article. It’s posted below.

In 1982 I wrote the first volume in what became a three-volume set called God and Government. It has since been republished in one volume. I run into people all the time who tell me that they studied the series when they were homeschooled. In fact, I meant one just last week.

A good friend of mine said I should have titled it God and Governments. He’s right, but 30 years too late.

The point of the series was to show that government isn’t solely political. In biblical terms, the best form of government is self-government, with family, church, and decentralized civil governments to follow. 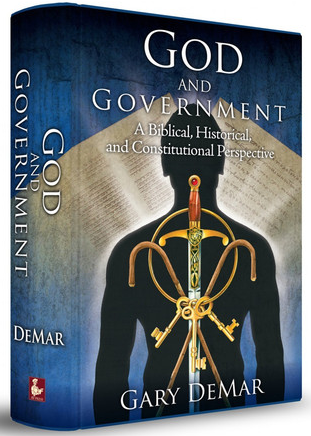 Personal responsibility trumps coercion every time. Self-government grew out of the realization that we are created in the image of God, and that God designed the world a certain way with a moral and legal foundation. If these moral laws are internalized and acted upon, everybody benefits.

Of course, it’s not just about laws. The Bible says we are “fearfully and wonderfully made” (Psalm 139:14). There’s nothing else like us, and no atheist can explain why.

Atheists, for example, want to be chaplains in the military. Why bother? To tell grieving parents that war is nothing more than the survival of the fittest and their son lost in the great life struggle?

“I can’t imagine an atheist accompanying a notification team as they go into some family’s home to let them have the worst news of their life and this guy says, ‘You know, that’s it – your son’s just worms, I mean, worm food,’” Rep. Mike Conaway (R-Texas) said about the amendment in support of atheist chaplains.

When a nation loses these basic and fundamental truths, tyranny raises its ugly head in the name of political salvation.

Politics is not like the free market. One a person gets into power and civil governments grow, coercion in the name of salvation takes over. All competitors are kept out. We’ve seen this too many times with our nation’s own two-party system.

Democrats like to tax and spend, and so do Republicans. They differ on how the taxes they confiscate will be spent to keep them in power.

How many times have you heard a Republican say that if we cut taxes, tax revenue will actually go up, and this is a good thing?

We are facing an uphill political battle. There are too many special interests on both sides of the political spectrum, and neither side wants to give into to outsiders. And the sad thing is, too many of the outsiders become insiders in time.

The song “We Won’t be Fooled Again” by The Who has this classic line: “Meet the new boss . . . same as the old boss.” This is true because the solution is not ultimately political. If our nation is to change, we have to change, and some of those changes are going to mean sacrifices of a major kind. If we aren’t willing to make them now, then we will be forced to make them later, and it won’t be pretty. 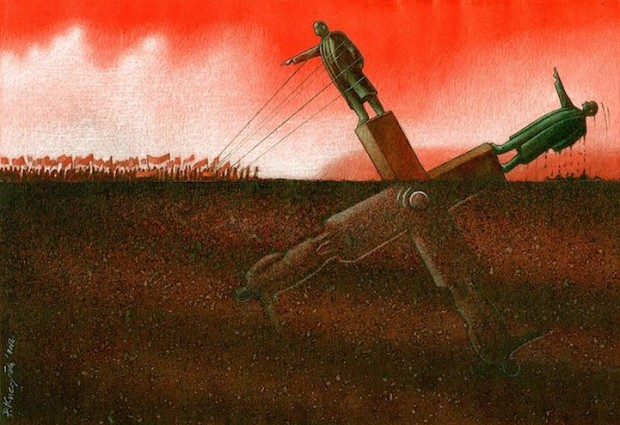 What the Liberal Media are Not Reporting About Elliot Rodger's Politics