Chris Cuomo is at it again. He is claiming that our founders, the documents they penned, and the system of government they established were godless. In fact, these men were so distrustful of God and government that they kept Him out of our founding documents.

Cuomo’s latest historical ignorance came in an interview he had with radio host Michael Smerconish. Jerry Newcombe describes the conversation this way:

“Cuomo then said that here we are, in modern America, dealing with religious extremism abroad – presumably a reference to ISIS, the Islamic State. Yet we have our own extremists here in America, too – presumably those whacko Christians who want to impose a theocracy on the rest of us.

“Cuomo also said that the founders left God’s name out of the Constitution by design. Ergo, our framers established a secular nation by design.”

There is so much evidence to the contrary that anybody with even a little bit of historical study could demonstrate that Chris Cuomo would not do well on “Are You Smarter than a 5th Grader?”

The problem is, most government schools don’t teach much about America’s religious history, and most students don’t come out of a public school with much familiarity with our nation’s founding documents.

Consider the Declaration of Independence which is referenced in the Constitution. There are four places where references to God are mentioned. Notice the relationship between the Creator and our rights. Keep this in mind when you watch the video clip of JFK below:

As I’ve mentioned in numerous articles, the purpose of the United States Constitution was to formulate a working relationship between the national government and the states. That’s why we find in the First Amendment that “Congress shall make no law respecting the establishment of religion. . . .”

Religion was an issue to be settled by the various states, all of whom made reference to God, and in some cases specific references to the Christian religion.

The historical documents are available for anybody to see. 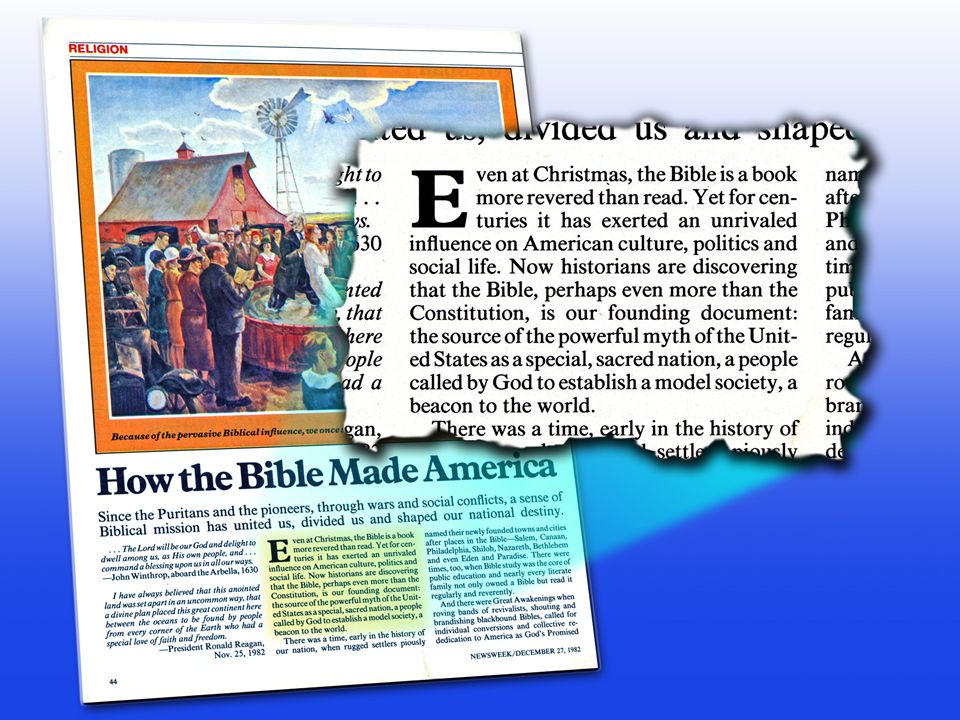 Cuomo would be helped by rehearsing what a number of our nation’s presidents and judges have said on the subject.

Chief Justice Earl Warren (1891–1974), who led the way in gaining a unanimous opinion in the Brown v. Board of Education decision in February of 1954, made the following remarks at the annual prayer breakfast of the International Council of Christian Leadership at the Washington’s Mayflower Hotel about the role Christianity played in the founding of America:

“I believe the entire Bill of Rights came into being because of the knowledge our forefathers had of the Bible and their belief in it: freedom of belief, of expression, of assembly, of petition, the dignity of the individual, the sanctity of the home, equal justice under law, and the reservation of powers to the people. . . .

“I like to believe we are living today in the spirit of the Christian religion. I like also to believe that as long as we do so, no great harm can come to our country.”1

I wonder what Chris Cuomo would have to say about this comment from Chief Justice Warren if he had had an opportunity to interview the Judge in 1954: “A Christian land governed by Christian principles.” Cuomo would have cringed at such talk, but since Warren was a liberal, he wouldn’t have said anything in rebuttal.

Then there’s this statement by John F. Kennedy made during his Inaugural Address on January 20, 1961: “The rights of man come not from the generosity of the state but from the hand of God.”

You may recall that Chris Cuomo tried to bully Justice Roy Moore with this claim:

“Our rights do not come from God, your honor, and you know that. They come from man… That’s your faith, that’s my faith, but that’s not our country. Our laws come from collective agreement and compromise.”

Another one of Cuomo’s political heroes would disagree. Watch this 35-second video from JFK and ask who’s on the wrong side of the historical argument?