If the ‘New Green Deal’ Becomes Law, People Will Freeze to Death and Cars Won’t Start

I’ve always wanted to do an ad showing coal miners digging goal, railroad cars hauling to power plants, and power plants working to create electricity. The next scene would show a line of people charging their electric vehicles.

The Polar Vortex would have been a mass killer if homes, factories, and businesses were not heated by natural gas, fuel oil, or electricity from a coal or oil-fired power plant.

Windmills and solar power will not save us from Old Man Winter.

Imagine yourself in an electric car in subzero weather, thirty miles from home. Your battering has dropped in power by 40 percent, you’re heater has stopped working, and the temperature is about to fall again. You’re dead.

The same is true if you get stuck on a highway with a largescale accident stopping traffic and emergency equipment can’t get to it. 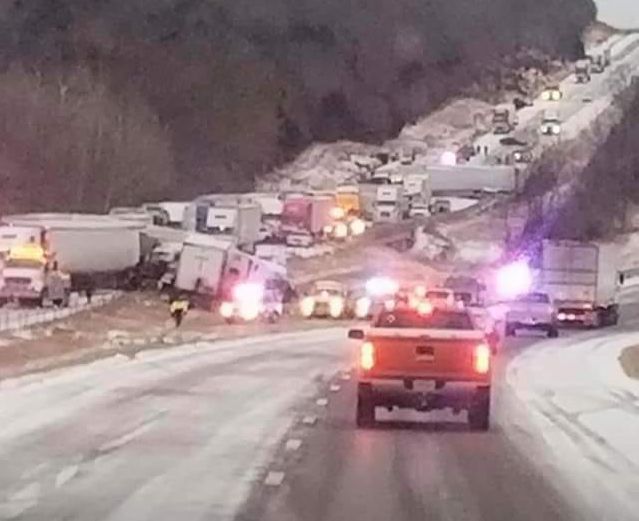 The following article, “Mobile Space Heaters: You’ll Freeze in Your Electric Car This Winter,” is by Eric Peters:

Have you ever run an electric space heater in a room with no other source of heat – when the air temperature is, say, minus 10 (or lower) as it is right now in many states? You stay warm, sort of – but you can almost see the dollars burning in the red hot glow of the coils.

The good news is the space heater doesn’t have to move the room down the road at 60 MPH, too.

It’s also connected to the grid – not a battery. So while it costs a fortune to run, at least you won’t run out – of heat, that is.

How long would the space heater continue to provide heat if it were connected to a battery?

And also had to keep the room moving down the road at 60 MPH?

Electric heaters cost a lot to run – in energy and so dollars. Anyone who has ever run one for any length of time knows this, or comes to know it – after receiving that month’s electric bill.

It is no different in an electric car, which is heated electrically – except that the heater draws power from a battery rather than a grid.

Your mileage – your range – begins to vary.

It would be interesting to know exactly the effect on EV range of keeping the interior of an EV warm – not survivable, but comfortably warm – on a minus 10-degree day. How much range does one lose? How much time will one have to spend shivering at an outdoor recharger – assuming it’s not blocked by the snow and assuming your EV has a built-in system to keep the battery warm so that it can be charged.

Bet you didn’t know about that, either.

Electric car batteries can’t be recharged if the ambient air temperature is below freezing – it’s a function of battery chemistry – which means that the EV must also heat its battery during the winter months, which will cost energy (battery drain) and further reduce the range.

But also the AC, not so obviously. Many people don’t know that, either. The AC doesn’t just cool the car’s interior in the summertime; it also dehumidifies the air, without which the defroster doesn’t work very well.

In which case, you can’t see very well.

So, another drain on the battery; a big one. AC compressors are energy hogs. It takes a lot to power one, whether mechanically (as in a non-EV) or electrically (as in an EV). The difference is that the non-EV can just fill up when the tank runs low – no matter how cold it is outside. But the EV’s got the double-pronged problem of reduced range – because of the power draw of accessories such as heat and AC, as well as lights and everything else that is electrically powered, which is everything in an EV – and having to find a place to recharge in time.

If the ‘New Green Deal’ Becomes Law, People Will Freeze to Death and Cars Won’t Start