As I’ve mentioned numerous times, liberals love to quote the Bible, but only if they get to manipulate and interpret it.

In a recent interview, Hillary Clinton said, “the Bible was and remains the biggest influence on my thinking.” Then why does she support same-sex sexuality and the wholesale slaughter of unborn babies?

Liberals love to quote Jesus when He says “don’t judge” (Matt. 7:1), but they don’t quote Him when He says “judge with righteous judgment” (John 7:24). Jesus calls for consistency in judgment (Matt. 7:2).

Elton John has gotten into the act by arguing that Jesus would support male priests marrying other male priests. I’ll give him points for declaring that the Roman Catholic requirement that priests can’t marry is not biblical. Priests in the Old Testament were married. Aaron had a wife and children. Peter, supposedly the first Pope, had a wife (1 Cor. 9:5).

But would Jesus support same-sex marriage? Absolutely not. When God made a helper “suitable” for Eve, He created a woman, not a woman and a man so Adam could exercise his sexual preference (Gen. 2:19-25).

The biblical model is one man and one woman. Jesus says so in Matthew 19:3-6:

“Some Pharisees came to Jesus, testing Him and asking, ‘Is it lawful for a man to divorce his wife for any reason at all?’ And He answered and said, ‘Have you not read that He who created them from the beginning MADE THEM MALE AND FEMALE, and said, ‘FOR THIS REASON A MAN SHALL LEAVE HIS FATHER AND MOTHER AND BE JOINED TO HIS WIFE, AND THE TWO SHALL BECOME ONE FLESH’? So they are no longer two, but one flesh. What therefore God has joined together, let no man separate.”

There is no room in what Jesus says for same-sex sexual relationships and certainly no room for same-sex marriage.

Jesus upheld the law as it was written. If Elton John wants to know the mind of Christ, He should read the words of Christ.

We can see what Jesus was thinking when He met the Samaritan woman. He pointed out to her that she was in an illicit sexual relationship. Jesus told her to call her husband. She said that she did not have a husband. Jesus’ response was direct: “You have correctly said, ‘I have no husband’; for you have had five husbands, and the one whom you now have is not your husband; this you have said truly” (John 4:17-18).

The woman was a serial fornicator.

The woman didn’t say, “How dare you judge me.” No, she acknowledged that she was in sin: “From that city many of the Samaritans believed in Him because of the word of the woman who testified, ‘He told me all the things that I have done’” (4:39).

What did Jesus say to the woman caught in adultery? “From now on sin no more” (John 8:11). 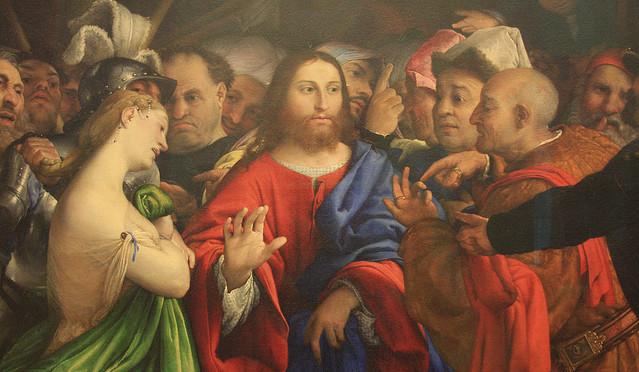 Jesus would say the same thing to Elton John. “From now on sin no more, and same-sex sexuality is a sin like adultery and fornication.”

Why the Impeachment of Obama is a Bad Idea

There Shouldn't be any Crying in Soccer