Some might be shocked that Jefferson owned an English-translated Quran that dates back to 1734. But Tlaib — one of the two first Muslim women elected to Congress in November — said she’s okay with that reaction, according to CNN.

“I like that,” the Democrat told CNN. “I like that it’s kind of pushing against the stereotype that somehow we’re new to this country.”

Jefferson’s Quran was also used by Democratic U.S. Rep. Keith Ellison in 2007 when the Minnesota congressman took his own oath of office, according to The Washington Post.

Jefferson was no friend to Islam. He and John Adams had dealings with Muslim leaders that were far from cordial. Here’s a bit of history that Rashida Tlaib is most likely not aware of:

That is because Jefferson’s 1734 translation of the Koran was not produced out of a special love for Islam, but rather to further Christian missionary efforts in Muslim lands. As translator George Sale wrote in his introduction to the reader, “Whatever use an impartial version of the Korân may be of in other respects, it is absolutely necessary to undeceive those who, from the ignorant or unfair translations which have appeared, have entertained too favourable an opinion of the original, and also to enable us effectually to expose the imposture.” (Washington Post)

Too long, for the honor of nations, have those Barbarians been suffered [permitted] to trample on the sacred faith of treaties, on the rights and laws of human nature!1

In fact, The United States was at war with Islam. Christians were being kidnapped and sold into slavery.

No Muslim can honestly take an oath to uphold the Constitution. Islam’s ultimate goal is to eradicate all rival religious and political competitors.

And what was the first thing U.S. congresswoman Rashida Tlaib did after being sworn in on Islam’s “holy book”? She said the following to a crowd of supporters: “we’re gonna go in there and we’re gonna impeach the mother***er.’” Islam — the “religion of peace.”

The following booklet deals with the long-term war the United States has had with Islam.

It includes a study of the 1797 Treaty with Tripoli. 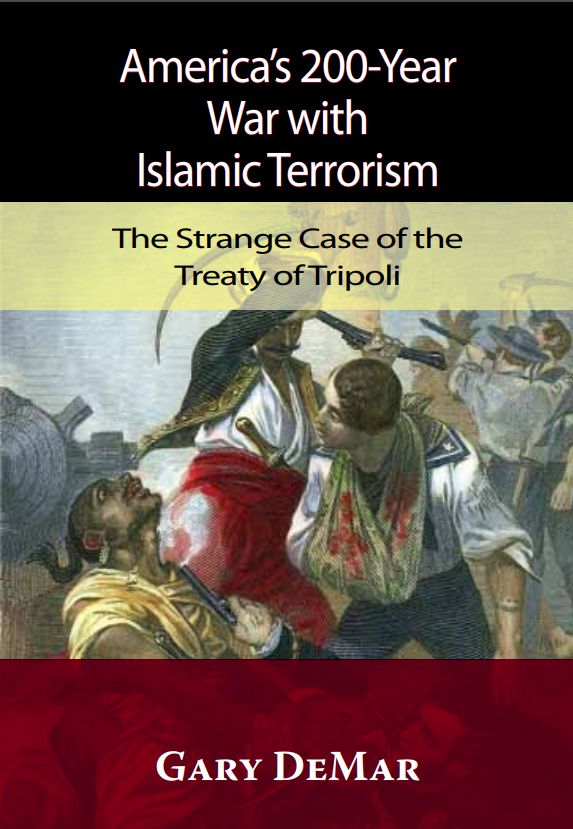 Planned Parenthood Ignorance Shows Up in the Most Curious Places