How many times have we heard that it’s the economy? It was a Democrat mantra. “James Carville had coined as a campaign strategist of Bill Clinton’s successful 1992 presidential campaign against sitting president George H. W. Bush” who went back on his “Read my lips. No new taxes” pledge.

Yes, the Stock Market is down but only because it was up by more than 8000 points since Trump was elected.

The Democrats are promising to raise taxes, give away more of our money to other nations, subsidize people who refuse to work, incentivize illegal aliens, and support the killing of unborn babies with our money.

They are promising free everything. What do they think is going to happen if everything becomes “free”? When something is subsidized, you get more of it. Someone’s going to pay for it. The people who actually work for a living will be taxed to death. The poor and unemployed do not create jobs except for government workers.

In a clip of the interview released Friday, Ocasio-Cortez argues more Americans should pay “their fair share” in taxes to fund an extensive clean energy infrastructure initiative she and her fellow freshman progressive lawmakers have dubbed the “green new deal.” (National Review)

Let’s call her what she is: a thief with the power and authority of government to steal. Democratic Socialism is theft by majority vote.

There will be a tipping point when the amount of money taken in taxes outpaces the incentive to work and risk starting a new business.

Even the Leftists at Google understand this:

Google moved €19.9-billion euros ($30.6-billion) through a Dutch shell company to Bermuda in 2017, as part of an arrangement that allows it to reduce its foreign tax bill, according to documents filed at the Dutch Chamber of Commerce.

Are we to believe that the people who voted the Democrats into office in the House of Representatives don’t like the current economic numbers? Do they believe the Democrats can do better? If they could, they would have done it. 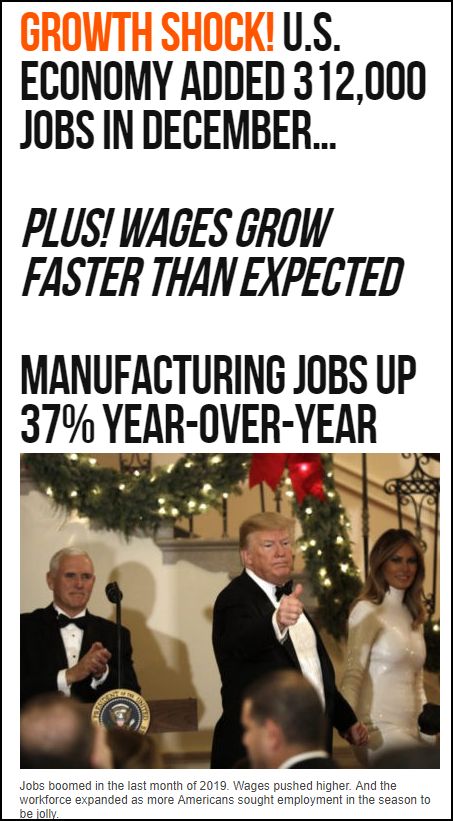 The Democrats want to abolish the Electoral College. This would be a disaster from which our nation would never recover. We would be ruled by California, Oregon, Washington, and New York.