It’s remarkable what offends the moral sensibilities of liberals. All of a sudden the issue of rape has become important, but it wasn’t important when women were making credible accusations against former President Bill Clinton.

Tom Brady’s missing emails are a hot topic but not Hillary Clinton’s.

The latest news story concerns the death of Cecil the lion. CNN reports the following:

“An American man is being sought in connection with a case that has drawn international attention — the killing of Cecil the lion — Zimbabwean officials said Tuesday.

“The man suspected in Cecil’s death is Walter James Palmer of Eden Prairie, Minnesota, according to Johnny Rodrigues, head of the Zimbabwe Conservation Task Force.

“Cecil, who was 13, was a prized lion in Zimbabwe’s Hwange National Park, where visitors reportedly sighted him frequently. A video of the animal, regal, indifferent and sleepy-eyed, has been widely disseminated.”

The story has “drawn international attention.” Even a video of Cecil “has been widely disseminated.”

“As the ‘big three’ of ABC, CBS, and NBC were ignoring this third [Planned Parenthood] video, the trio spent six minutes and 26 seconds teasing and reporting on the ‘outrage’ surrounding the shooting death of a high-profile African lion in Zimbabwe by an American dentist.”

The Cecil the lion killing is seen as such a moral outrage that “two Zimbabweans had been arrested in the case and that police were looking for Palmer.”

According to Palmer, “To my knowledge,” he said in a statement, “everything about this trip was legal and properly handled and conducted.” That’s what PP has been saying about it killing spree. Even so, the media outrage has not died down. 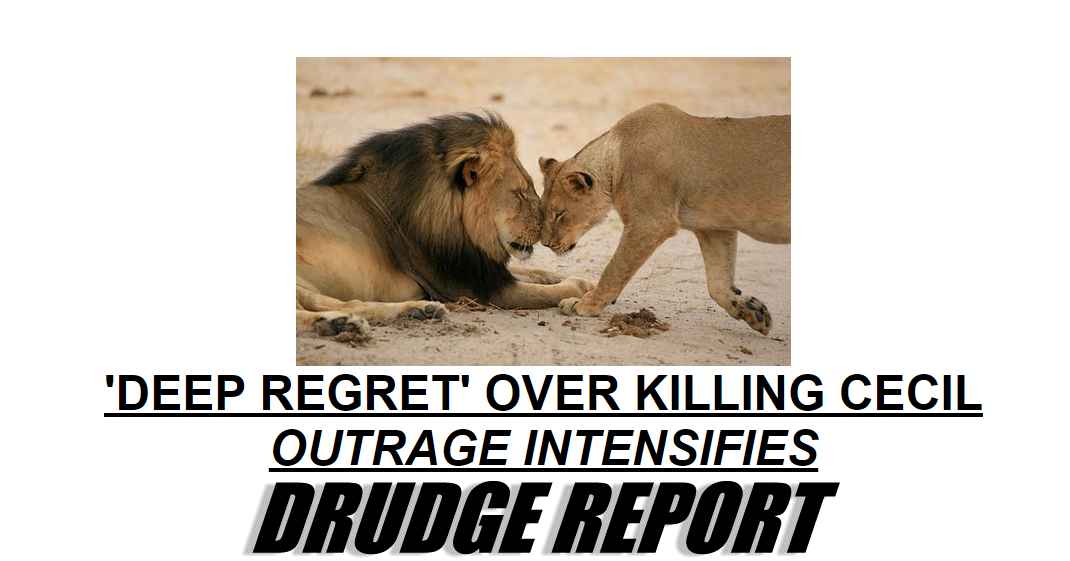 Compare the reporting of Cecil the lion to the three videos of people associated with Planned Parenthood and the harvesting and selling of the body parts of murdered aborted unborn babies.

The major networks have failed to bring the Planned Parenthood story to the attention of the American people.

“The Center for Medical Progress has now issued a third recording of Planned Parenthood officials explaining their grotesque trafficking in baby body parts. It is even more devastating than the first two. The ‘news’ media barely covered the second installment. They will probably pass over this one altogether. Trump World is apparently far more important than the extermination of babies for profit.”

And we know why. The majority of people in the establishment media support abortion and they know if the story got wide attention among people who still watch the dying media networks that there would be more outrage than what we are hearing about the death of Cecil the lion.

It’s the same reason why the media will not cover a ‘Gay’ Pride parade up close and personal. People would be sickened and outraged by what they saw and begin to rebel against the narrative that same-sex sexuality is normal sexual behavior.

Planned Parenthood and its defenders know that there is no moral or rational justification for killing unborn babies. Like so much in our world, it’s about the money. Planned Parenthood has to defend the honey pot of corporate donations and stolen money from you and me at any cost.

It’s not much different from the way the Nazi regime was protected. People were making money, and if a group like the Center for Medical Progress (CMP) had put together a film exposing Nazi atrocities, it too would have been buried to protect the political money interests.

How the Media, Democrats, and the GOP Miscalculated Donald Trump