In a college commencement speech that he gave 17 years ago, Dr. Ben Carson had said that the pyramids were built for grain storage. Here are some of his current comments on the topic:

“My own personal theory is that Joseph built the pyramids to store grain,” Carson said in taped remarks first reported by Buzzfeed on Wednesday. “Now all the  archaeologists think that they were made for the pharaohs’ graves. But, you know, it would have to be something awfully big if you stop and think about it.”

In a later interview, Carson said the following:

Like Dr. Carson, I believe the Bible reports history accurately. The problem with using the Bible to support the Pyramid grain storage theory is that there is nothing in the Bible that supports it.

Credit of the following history of this topic goes to Jason Colavito.

The grain storage theory is not new. According to Jason Colavito, “Julius Honorius, a Roman writer of Late Antiquity (c. 500 +/- 50 years), was apparently the first to describe the pyramids as Joseph’s granaries, in his Cosmographia, in which he says that the pyramids ‘are called the storehouses of Joseph,’ but without elaboration.

“There’s “Gregory of Tours’ History of the Franks, written in the 6th century, where the bishop wrote about a ‘city in which Joseph built granaries from squared stones and rubble with marvellous workmanship.'” (H/T: TPM)

The granary theory was also proposed by Benjamin of Tudela (1130-1173), “a Medieval Jew from the Kingdom of Navarre who wrote about his Travels to the Holy Land.”1

“From New Mizraim unto Old Mizraim is a distance of two parasangs. The latter is in ruins, and the place where walls and houses stood can be seen to the present day. The store-houses also of Joseph of blessed memory are to be found in great numbers in many places. They are built of lime and stone, and are exceedingly strong. A pillar is there of marvellous workmanship, the like of which cannot be seen throughout the world.”2 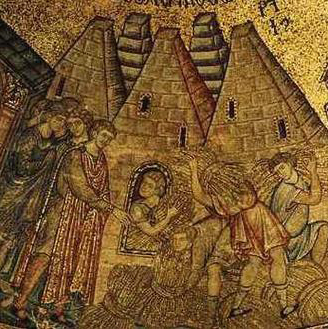 There is a mural that “shows Joseph’s granaries as the Pyramids of Egypt, with holes at their peaks for pouring in grain” based on “a copy of the Book of Genesis made in the fifth century.” (H/T: Jason Calavito).

You can see from the mosaic that these pyramid-like structures were small and hollow like today’s storage silos. Grain would have been poured in from the top. Pyramid-shaped storage buildings may have been common because of their structural stability.

The Great Pyramids, however, are not hollow and would not be conducive to grain storage, as Bernhard von Breydenbach pointed out in the 15th century in Peregrinatio in terram sanctam (1486).

“Beyond the Nile we beheld many pyramids, which in ages past the kings of Egypt caused to be built over their tombs, of which the vulgar say that these are the granaries or storehouses which were built there by Joseph in order to store grain. However, this is clearly false, for these pyramids are not hollow inside.”

By the way, hermetically sealed rooms fit with how well the Egyptians cared for the dead bodies of their Pharaohs (if that’s why the Pyramids were built). We also seal our dead loved ones in caskets designed to keep the elements out. Some people even place the casket in a burial vault that is a lined and sealed outer receptacle that houses the casket. Others put them into above-ground crypts.

What does the text of Scripture say?

In a dream, Pharaoh saw seven fat and seven gaunt cows where the “the ugly and gaunt cows ate up the seven sleek and fat cows. In a second dream, he saw seven healthy and seven withered stocks of grain where the “thin ears swallowed up the seven plump and full ears.” The dreams troubled him, so he called the soothsayers of his day for an interpretation.

After their failure, Joseph is called on to interpret the dreams: 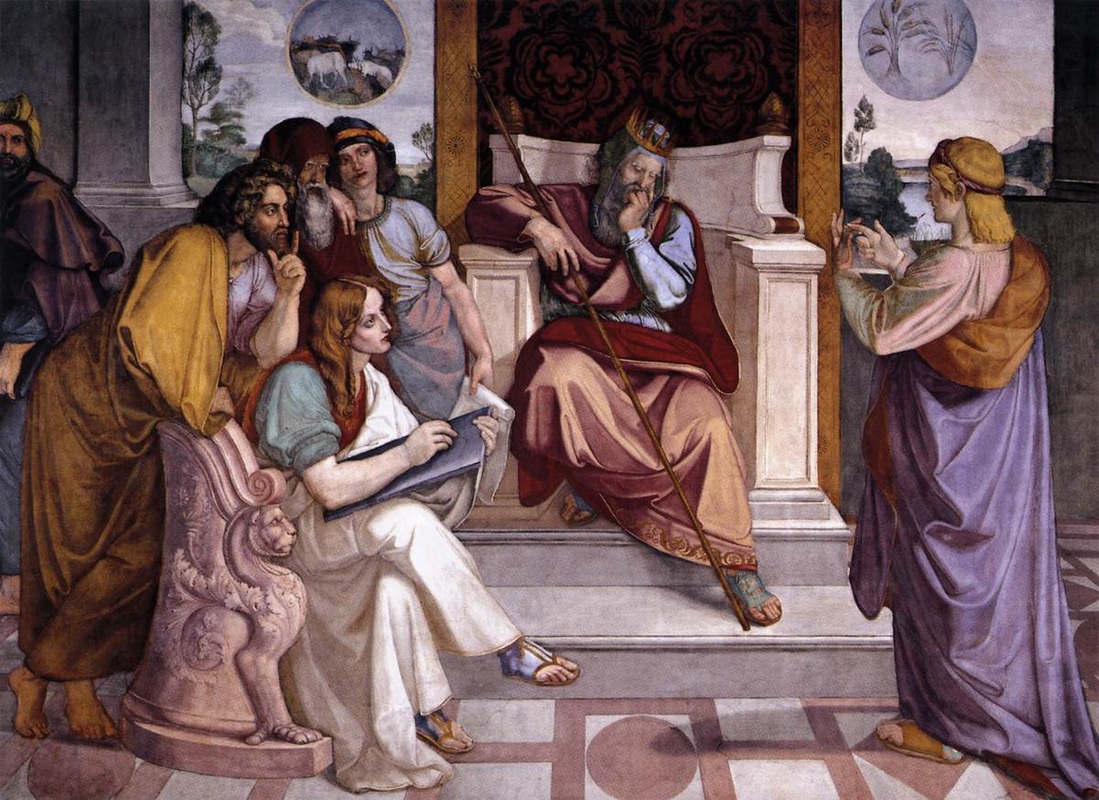 Because of his interpretation, Joseph is made a ruler in Egypt (v. 33). Joseph then reveals the remedy:

“Let Pharaoh take action to appoint overseers in charge of the land, and let him exact a fifth of the produce of the land of Egypt in the seven years of abundance. Then let them gather all the food of these good years that are coming, and store up the grain for food in the cities under Pharaoh’s authority, and let them guard it. Let the food become as a reserve for the land for the seven years of famine which will occur in the land of Egypt, so that the land will not perish during the famine.”

Joseph was put on the project immediately. The granaries were in the cities where the people lived.

“So he gathered all the food of these seven years which occurred in the land of Egypt and placed the food in the cities; he placed in every city the food from its own surrounding fields. Thus Joseph stored up grain in great abundance like the sand of the sea, until he stopped measuring it, for it was beyond measure” (Gen. 41:48).

He did this for seven years. The Pyramids took decades to build. By time they would have been completed, the famine would have devastated Egypt and the surrounding nations (41:50-57). All the extra grain would have been used to feed the huge work force. Also, they aren’t hollow.

The fulfillment of the dream prophecy took place during Joseph’s lifetime. It’s what brought his family to Egypt (Gen. 42).

While the Pyramid theory sounds plausible on one level, in terms of the biblical text, it does not fit.

Gloria Steinem: Killing My Unborn Child Allowed Me ‘To Live My Life’