Deflated footballs are in the news. In fact, the story is so popular that all the major networks led with the story even though almost nobody in the United States will be financially affected by the outcome. No one will lose any freedom, be forced to pay a tax, or have a pile of new regulations stacked on them.

“On Thursday night, the ‘big three’ of ABC, CBS, and NBC each covered the news that the United States-backed government in Yemen had fallen after rebels stormed the capital city of Sana’a and surrounded the presidential palace on Tuesday.  While the networks gave this story airtime, they only gave it to the tune of one minute and 59 seconds and avoided any mention of how President Obama had, just months prior, declared Yemen to be a success story for the United States in fighting terrorism.

“In comparison, the three networks devoted 11 minutes and 16 seconds on Thursday evening to the growing controversy surrounding the NFL’s New England Patriots and their use of deflated footballs during the AFC Championship Game on Sunday.”

It’s amazing to see so much time and conversation devoted to a story where the average American has nothing to do with the outcome. Sure, there might be some city and regional pride at stake, but nothing you can take to the bank unless you’re betting on the game.

While I enjoy all types of sporting events, I don’t talk incessantly about them or care one way or another who wins or loses. Sure, I the moment I was disappointed that the Steelers lost the first game in the playoffs, but in ten seconds the disappointment was over.

There’s a scene in the film A Bronx Tale, set in the 1960s, that stars Robert De Niro as Lorenzo Anello and Chazz Palminteri as Sonny. The son of De Niro’s character, who goes by the name “C,” is talking to an up and coming gangster played by Palminteri.

The 1960’s World Series comes up. It was a heart breaker for the Yankees. Bill Mazeroski, in the bottom of the ninth, hit a walk-off home run winning the 7-game series 10-9 (see video below).

And I can assure you that politicians only care about people when they vote to keep them in power. And what do they do with that power? Deflate our freedoms.

Americans are being called on to sacrifice their freedoms in the belief that they will get more freedoms. Impossible.

“Roman emperors and tribal chieftains, King George III and French revolutionaries, 20th-century dictators and 21st-century American presidents all have asserted that their first job is to keep us safe, and in doing so, they are somehow entitled to take away our liberties, whether it be the speech they hate or fear, the privacy they capriciously love to invade or the private property and wealth they salaciously covet. 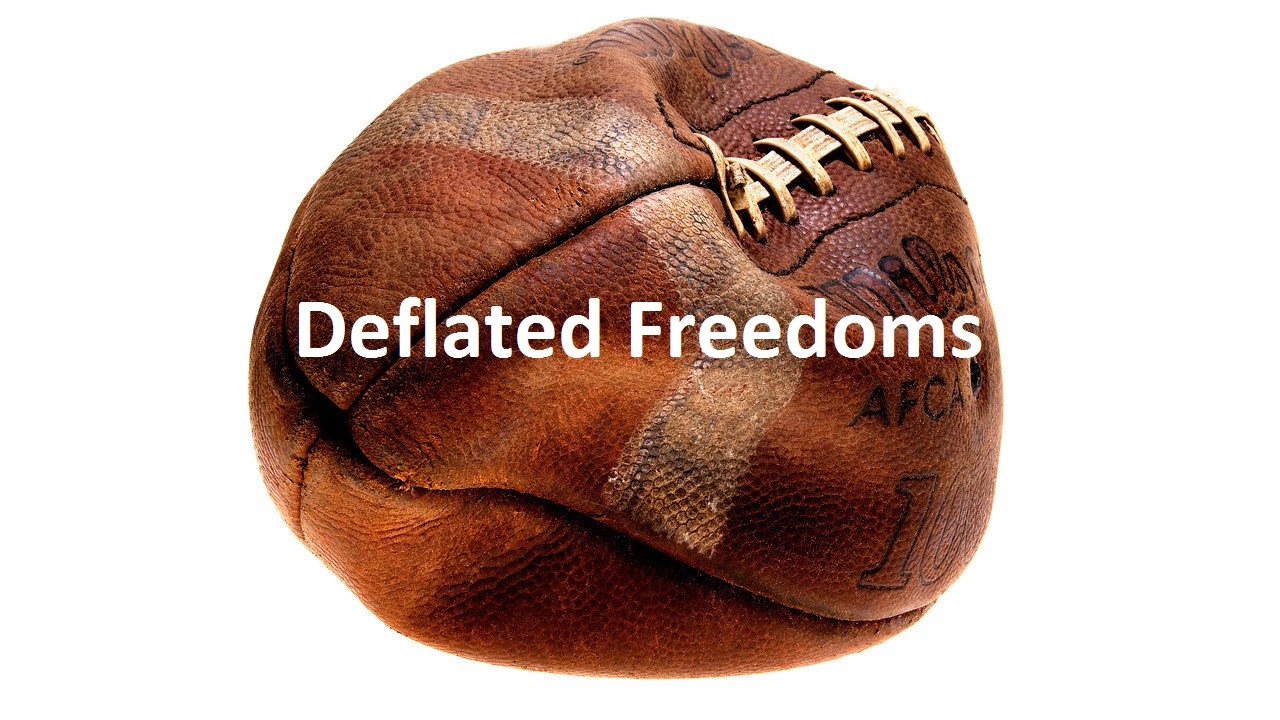 “This argument is antithetical to the principal value upon which America was founded. That value is simply that individuals — created in the image and likeness of God and thus possessed of the freedoms that He enjoys and has shared with us — are the creators of the government. A sovereign is the source of his own powers. The government is not sovereign. All the freedom that individuals possess, we have received as a gift from God, who is the only true sovereign. All of the powers the government possesses it has received from us, from our personal repositories of freedom.”

Whoever comes to power promising to take away our freedoms? Nobody. They promise us security and prosperity.

William L. Shirer, in his book The Rise and Fall of the Third Reich, writes that German chancellor Otto Von Bismarck’s policies gradually made the German people “value security over political freedom and caused them to see in the State, however conservative, a benefactor and a protector.”1

And Adolf Hitler took advantage of that mindset.