Was Thomas Paine the True Founder of the United States?

One of the kookier historical claims that prevails among anti-Christian groups is that our Founding Fathers were Deists and Thomas Paine was America’s true founder.  Deism is a philosophical belief system that claims that God exists but is not involved in the world. While God created all things and set the universe in motion like a wound-up clock, He is no longer involved in its operation. Given this definition of deism, which of the founding fathers were deists? Which documents express the fundamental tenets of deism? Official congressional documents, written before and after the drafting of the Declaration of Independence, mention Jesus Christ, sin, the need for forgiveness, and the justice of God. These are hardly Deist documents.

Benjamin Franklin was certainly no Deist based on his remarks at the Constitutional Convention. I don’t know how a person gets Deism out of “God governs in the affairs of men. And if a sparrow cannot fall to the ground without His notice, is it probable that an empire can rise without His aid?” Franklin went on to say, “without His concurring aid, we shall succeed in this political building no better than the builders of Babel.”

This is one of the most anti-deistic statements ever made. The Declaration of Independence is hardly deistic with a phrase like “the Supreme Judge of the world” and “with a firm reliance on the protection of Divine Providence.” The Deist argument is bogus.

But it’s Thomas Paine who is singled out as America’s true philosophical deistic founder. Paine’s Common Sense put forth arguments for independence from Great Britain, but how did Paine argue his case? What were his sources? Did he follow deistic lines of argumentation like the French revolutionaries? “He constructed his arguments from materials that were familiar to the average colonist, favoring allusions to popular history, nature, and scripture rather than Montesquieu, Tacitus, and Cicero.”1 Common Sense is not a deistic document.

J. Ayer remarks that “the first argument that Paine brings against the institution of kingship is scriptural.”2 Paine declared that “government by kings was first introduced into the world by the Heathens, from which the children of Israel copied the custom…. As the exalting of one man so greatly above the rest cannot be justified on the equal rights of nature, so neither can it be defended on the authority of scripture; for the will of the Almighty, as declared by Gideon and the prophet Samuel, expressly disapproves of government by kings. All anti-monarchical parts of scripture have been smoothly glossed over in monarchical governments, but they undoubtedly merit the attention of countries which have their governments yet to form. ‘Render unto Caesar the things which are Caesar’s’ is the scriptural doctrine of courts, yet it is no support of monarchical government, for the Jews at that time were without a king, and in a state of vassalage to the Romans.” 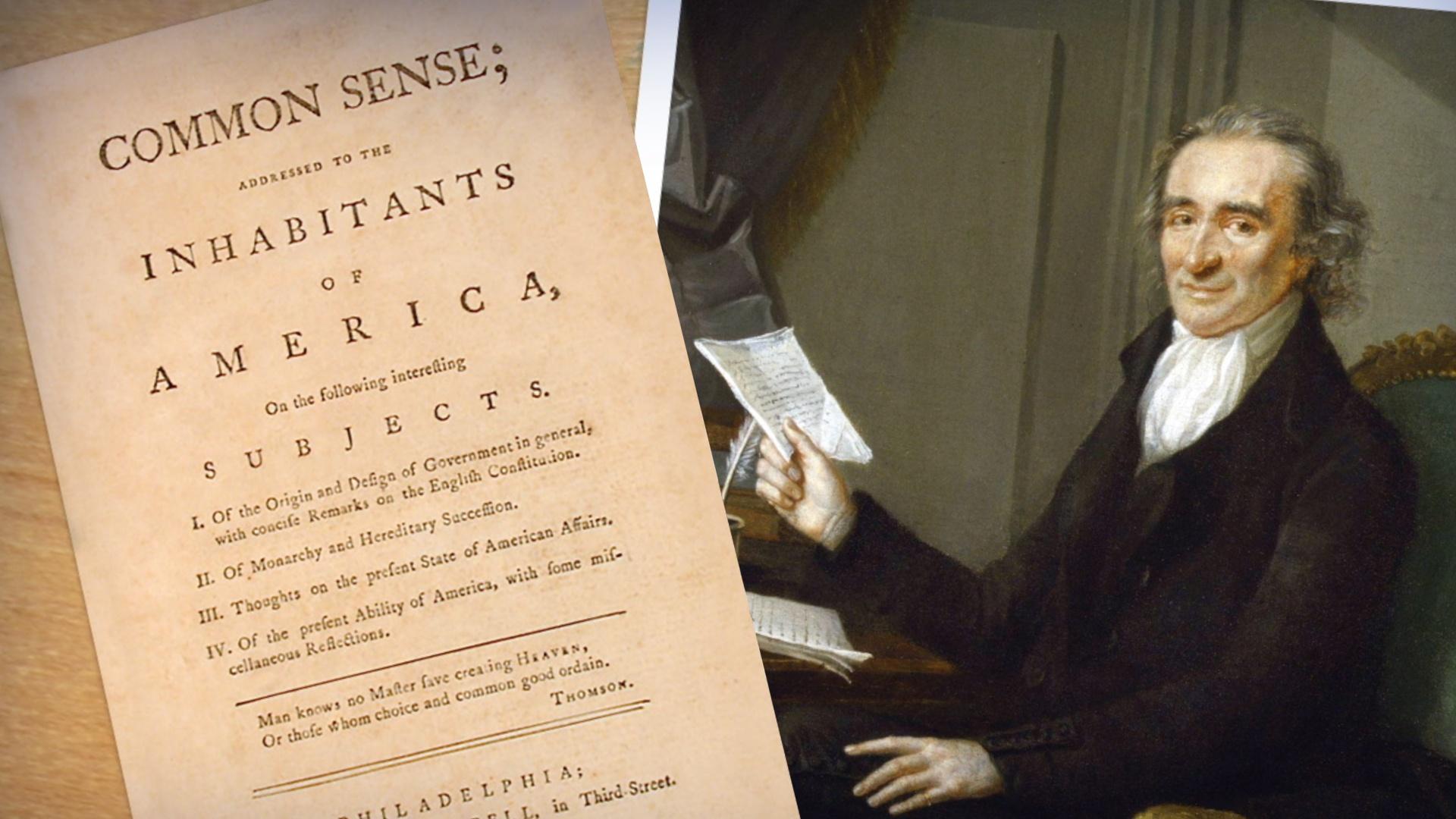 Paine has an extended discussion of Judges 8:22–23 where he describes “the King of Heaven” to be Israel’s “proper sovereign.” He then spends several pages quoting, discussing, and making application of the importance of 1 Samuel 8 to the then modern situation. He concludes this section of Common Sense with these words: “In short, monarchy and succession have laid (not this or that kingdom only) by the world in blood and ashes. ’Tis a form of government which the word of God bears testimony against, and blood will attend it.” It’s the later Paine, the Paine of The Age of Reason, that secularists turn to in support of their claim that he was a Deist and an ardent critic of Christianity and organized religion. While Common Sense was written in 1776, The Age of Reason was published in early 1790, more than 15 years later and after the drafting of the Constitution in 1787. While Americans in general embraced Common Sense — “fifty-six editions had been printed and 150,000 copies sold by the end of 1776”3 —there was no support for The Age of Reason by Thomas Jefferson, John Adams, Benjamin Rush,4 John Jay, and Benjamin Franklin:

As for the supposition that the other Founders embraced “The Age of Reason” or its mindset: Jefferson advised Paine never to publish the book. Benjamin Franklin, Paine’s patron and friend, gave his protégé the same advice. After reading a draft, Franklin noted: “He who spits against the wind spits in his own face. If men are wicked with religion, what would they be without it?”

John Adams, once a fan of Paine, having received his copy, called Paine a “blackguard”5 who wrote out of the depths of “a malignant heart.” And Washington, previously one of Paine’s fiercest advocates, attacked Paine’s principles in his Farewell Address (without referring to his name)6 as unpatriotic and subversive.7

The Age of Reason was answered by Elias Boudinot’s The Age of Revelation. Paine is considered to be an American Founding Father, and yet, unlike Paine, Boudinot actually served in a civil capacity in the United States that included work on the Constitution. Paine’s only elective office was in France. Boudinot is a true American Founding Father. Paine had no role in the founding conventions of America and their documents. Boudinot waited some time before deciding to respond to Paine’s Age of Reason. His measured rejoinder to Paine’s work is contemplative and, contrary to Paine’s treatise, a work of sound scholarship.

Paine’s later views were so opposed by the public that he spent his last years in New York in relative obscurity. “Paine had expressed a wish to be buried in a Quaker cemetery, but the Society of Friends denied his request. In attendance at his graveside on his farm were his Quaker friend Wilbert Hicks, “Madame Bonneville, her son Benjamin, and two black men who wished to pay tribute to Paine for his efforts to put an end to slavery. It is probable that a few other persons were there but no one who officially represented either France or the United States.”8 Stokes and Pfeffer, writing in Church and State in the United States, state that “For a long time Paine, notwithstanding his great contributions to the Revolutionary cause, was held low in American public opinion.”9 Theodore Roosevelt’s description of Thomas Paine “as a ‘filthy little atheist’ represented all too accurately the public estimate”10 of him at the time. Although Paine was not an atheist — he believed in God and immortality — the expression of his religious views in The Age of Reason put him outside the religious mainstream which was generally Christian.

The Thomas Paine of Common Sense and the Thomas Paine of The Age of Reason must be kept separate, both by time and philosophy. The later Paine cannot be superimposed on the earlier Paine. Without Paine’s biblical arguments in Common Sense the book would have been studied with great suspicion and most likely would have sunk without a trace. Mark A. Noll, Francis A. McAnaney Professor of History at the University of Notre Dame, makes a similar argument:

If Paine’s Age of Reason (with its dismissive attitude toward the Old Testament) had been published before Common Sense (with its full deployment of Scripture in support of republican freedom), the quarrel with Britain may have taken a different course. It is also likely that the allegiance of traditional Christian believers to republican liberty might not have been so thoroughly cemented. And it is possible that the intimate relation between republican reasoning and trust in traditional Scripture, which became so important after the turn of the new century, would not have occurred as it did.11

Was Thomas Paine the True Founder of the United States?