Anti-bullying campaigns are having unintended consequences. Not only are playground and school bullies being rebuffed and put down, but bullying organizations like the ACLU are being put in their place.

The ACLU is not the government. There is no reason that any organization can’t tell the ACLU to take a hike.

The organization bullies schools and city councils with threats of large legal bills if they don’t comply with their demands to remove all things religious.

When students at a Virginia high school got bullied by the ACLU not to sing a song that mentions God, they told the anti-Christian organization to kiss off in a very public way:

“Members of the senior class at a high school in Virginia defied the American Civil Liberties Union’s (ACLU) demand to remove a Christian song from their graduation ceremony this past Friday, which would have ended a 70-plus year tradition at the school.”

Finally! Hopefully the adults will follow their example and say enough is enough when it comes to the tyranny of our federal government and organizations like the ACLU and the Southern Poverty Law Center.

“Students at Thomas Walker High School in Ewing lined up after receiving their diplomas, linked arms and began to sing God Be with You Til We Meet Again, a song that has been sung during graduation since the school was founded in 1940. Members of the audience began to sing along, and some clapped in support of the student’s stand for their faith.”

As usual, the ACLU had engaged in bullying legal threats:

“The ACLU had sent an email to officials at the school last month, stating that students should not be allowed to sing the song at the ceremony because of its religious content.

“‘Based on the information we have been given, school officials, including teachers and administrators, are actively promoting religious practices during school hours on school grounds as part of official school activities. I write to ask that immediately address this situation,’ wrote ACLU attorney Rebecca Glenberg on behalf of an unidentified parent whose child graduates this year.” 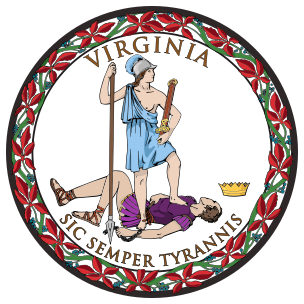 Virginia’s state motto is Sic semper tyrannis, a Latin phrase that means “thus always to tyrants.” “The phrase was recommended by George Mason to the Virginia Convention in 1776, as part of the commonwealth’s seal. The Seal of the Commonwealth of Virginia shows Virtue, spear in hand, with her foot on the prostrate form of Tyranny, whose crown lies nearby. The Seal was planned by Mason and designed by George Wythe, who signed the United States Declaration of Independence and taught law to Thomas Jefferson.”

The senior class of Thomas Walker High School applied a little historical narrative to the situation. They learned their Virginia history well.

We are Being Manipulated by the Redefinition of Everything

The Good, Bad, and Ugly of Immigration