In an earlier article, I pointed out that a high percentage of millennials believe that socialism is better than capitalism. One of the main reasons they believe socialism is right is that they are being educated in a socialistic environment.

Government (public) education is socialistic. Their parents have been brainwashed to believe their children are getting a “free education.” Have parents who send their children to government schools ever write checks to the schools for tuition? They don’t. Of course, they know that some of their property taxes and other taxes go to pay for government schools. But they are not paying the whole cost. People who don’t have children or whose children no longer attend a government school are being taxed to reduce the cost of education for those attending.

And what are a majority of government schools teaching? There is no God. The government supplies all their needs and wants. A person’s sex is chosen. The free market should not be free.

Coming to a government school near you.

Socialism works for a time until the system runs out of other people’s money. 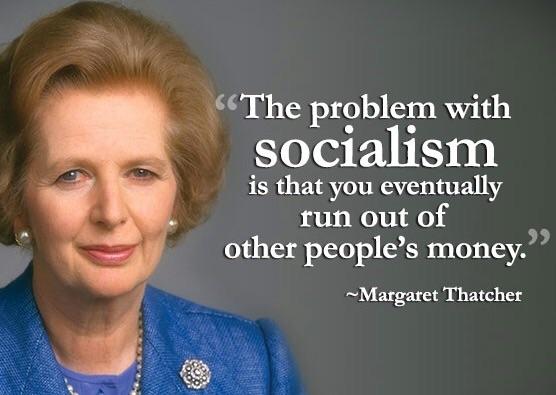 I found the following on the internet. It’s the essence of Socialism — immoral and unworkable.

An economics professor at a local college made a statement that he had never failed a single student before, but had once failed an entire class.

The professor then said, “OK, we will have an experiment in this class based on Socialism.

After the first test, the grades were averaged, and everyone got a B.

The second test average was a D!

No one was happy.

When the 3rd test rolled around, the average was an F.

The scores never increased as bickering, blame and name-calling all resulted in hard feelings and no one would study for the benefit of anyone else.

All failed, to their great surprise, and the professor told them that socialism would also ultimately fail because when the reward is great, the effort to succeed is great but when the government takes all the reward away, no one will try or want to succeed.

Could not be any simpler than that.