The March 2015 issue of National Geographic published the article “The Age of Disbelief” that states the following: “Skepticism of science is on the rise, and polarization is the order of the day. What’s causing reasonable people to doubt reason?”

At one time it was unreasonable to reason that the earth and not the sun moved. The scientists who believed the earth did not move did not deny science. They weren’t being unreasonable. Their everyday experience gave every indication that the sun was moving. The dispute with Galileo was over the science behind his claim (and that of Copernicus and others before him) and not the field of science.

Here’s an interesting finding. “A quarter of Americans surveyed could not correctly answer that the Earth revolves around the sun and not the other way around, according to a report out [February 13, 2014] from the National Science Foundation. . . . To the question ‘Does the Earth go around the Sun, or does the Sun go around the Earth,’ 26 percent of those surveyed answered incorrectly.” 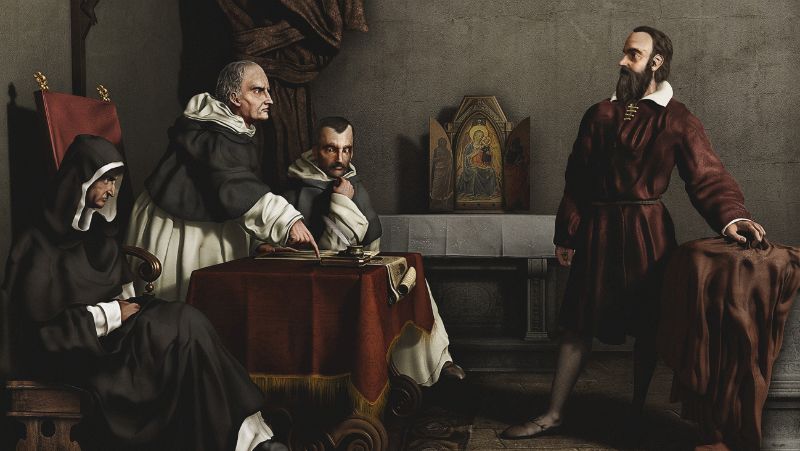 Were scientists who disputed the findings of Louis Pasteur denying science? Not at all. They offered what they believed were reasonable reasons why microorganisms, which they could not see and did not understand, were not the cause of disease.

The skepticism was not about science. There was skepticism about the some of the claims being made and the operating presuppositions that were being used to evaluate what was being put forth as evidence for a scientific claim.

The skepticism may come about because the evidence being put forth as evidence is not substantive enough to cause a paradigm shift to take place. A dispute among scientists about a cause-and-effect claim does not mean that science has been put on the chopping block. 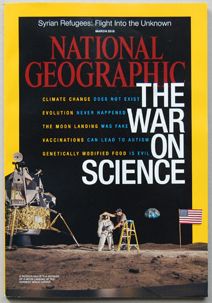 Two people looking at the same evidence often come to different conclusions. Think about the debate over abortion where both sides have access to the same scientific and biological information but come to radically different conclusions. Here’s what MSNBC show host Melissa Perry-Harris said about the debate: “When does life begin? I submit the answer depends an awful lot on the feeling of the parents. A powerful feeling – but not science.”

Disagreements about the “facts” and evidences and their meaning is not a denial of science or that there is a war on science.

Facts don’t have voices. As William D. Watkins writes, “Facts do not come with interpretation tags, telling us how to view them.” He goes on to say:

“Both sides haggle over the facts. Both sides search for new facts to add to their arsenals. Both sides raise accusations, yet it’s a rare day indeed when both sides acknowledge that their differences stem from something much more basic than facts. Their differences are rooted in opposing worldviews, which in turn are permeated with philosophical assumptions and commitments.”1

The assumption of many people is that scientists are purely objective in their pursuit of the truth. On some things pure objectivity is essential for survival, but not all science is so black and white.

“Beware of the man who tells you that he will explain—fully explain—any complex human action or event by resort to ‘coldly objective,’ ‘empirically verifiable,’ ‘statistical data.’ He is deceiving himself, and perhaps seeking to deceive you.

“For in the first place we do not all see the same event in exactly the same way, let alone interpret it the same way—not even events which do not involve the complicating factor of human purpose. If I ask three men, ‘How fast was the car going?’ I shall more than likely get three different kinds of answers. The poet will say, ‘swiftly as a bird,’ or, maybe, ‘like a shot.’ The physicist will say, ‘so many miles per hour,’ or, ‘so many meters per second.’ The man less sharply tuned to the incident will say, ‘I don’t know,’ or, maybe, ‘fast,’ or, ‘slowly,’ if he is a grammarian.

“‘Objective’ a man may be, if only he be capable of keeping his prejudices and predilections under control—which means, first, that he must be aware of their existence, and, second, that he has disciplined himself.”2

This is no less true in the scientific world. Objectivity and certainty in science are fundamental when an experiment is run a hundred times and getting the same result each time. It’s difficult to come to the same type of certainty about global warming/climate change since there are not experiments to run. Scientists on both sides of the issue are looking at the same data but come to different conclusions as to the meaning of the data. A disagreement over how the data are to be interpreted is not an anti-science position.

Scientists can agree that the climate is changing but disagree on why and its duration. That’s why in the 1970s, global cooling was the fashionable scientific “fact.” There is no consensus of scientific opinion about climate change. “Only 36 percent of geoscientists and engineers believe that humans are creating a global warming crisis, according to a survey reported in the peer-reviewed Organization Studies. By contrast, a strong majority of the 1,077 respondents believe that nature is the primary cause of recent global warming and/or that future global warming will not be a very serious problem.”

“However successful our scientific explanations may be, they always have certain starting assumptions built in. For example, an explanation of some phenomenon in terms of physics presupposes the validity of the laws of physics, which are taken as given. But one may ask where these laws come from in the first place. One could even question the origin of logic upon which all scientific reasoning is founded. Sooner or later we all have to accept something as given, whether is God, or logic, or a set of laws, or some other foundation for existence. Thus ‘ultimate’ questions will always lie beyond the scope of empirical science as it is usually defined.”3

Beyond these “ultimate” questions, there are certain presuppositions that prevail among materialist philosophers and scientists that color the facts. How is it possible to reason with Lawrence Lerner, professor emeritus at California State University in Long Beach, when he claims that “There are no alternatives to evolution that are science,” and that all the “alternatives are religious”?4 Any piece of evidence that is put forth that might contradict the evolutionary model will be dismissed out of hand as non-factual, creating an interpretive “Catch-22.” At the same time, Lerner and other evolutionists will claim that they are being scientifically objective when they evaluate their accumulation of facts.

“Louis Leakey, director of Kenya’s Centre for Prehistory and Palaeontology in Nairobi, described his discovery, together with his wife Mary, of a bit of skull and two teeth, in these words: ‘We knelt together to examine the treasure . . . and almost cried with sheer joy. For years people had been telling us that we’d better stop looking, but I felt deep down that it had to be there. You must be patient about these things.’ The time was July 17, 1959. This scene is a curious one on two accounts. First, the scientist Leakey knew what he had found before he examined it: he worked by faith, and viewed his findings by faith. He was finding ‘proof’ for a theory already accepted, and he accepted his finding as ‘proof’ on sight. Second, the intense emotionalism and joy sound more like a revival experience than a scientific analysis.”5

Phillip E. Johnson, an advocate for the intelligent design theory of origins, makes a similar point: “If, for example, there is some process by which animals became human beings—apes or whatever—no one knows how this happened. And such documentation as there is for it is found only by people who are already completely convinced that the process happened and go looking for confirming evidence.”6

The attempt by National Geographic to suggest that there is a war on science is nothing new. There were Andrew White’s widely read and embarrassingly inaccurate A History of the Warfare of Science with Theology in Christendom (1896) and John William Draper’s History of the Conflict between Religion and Science (1875).