There are lessons to be learned from an understanding of how the Bible deals with false accusations, the use of evidence, and the biblical method of handling disputes. It’s wrong to declare something like the following: “I’ve known Brett Kavanaugh for a number of years and there is no way that he could have done what Christine Blasey Ford accuses him of doing.” Who could have thought that King David would commit adultery and later attempt to cover up his sin and crime by sending Bathsheba’s husband, Uriah the Hittite, to the front lines to meet a certain death? (2 Sam. 11:6‑27). It took an emissary from God to smoke out the truth (12:1‑15), although David’s closest advisors certainly knew (11:14‑18). 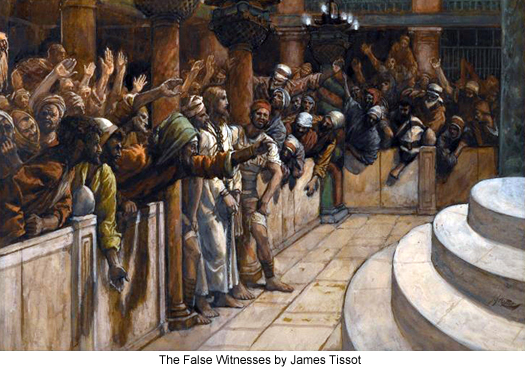 People asked during the Clarence Thomas hearings: “Why would Anita Hill lie? She had too much to lose.” We should be reminded that Anita Hill made her accusations with the promise of anonymity, as did Brett Kavanaugh’s accuser. By the way, Anita Hill carved out a very lucrative career following her testimony against Judge Thomas.

Clarence Thomas was not to know who made the charge. It was only after the FBI report was leaked to Nina Totenberg of National Public Radio (NPR) that the accuser was revealed. This is the same Nina Totenberg who broke the story on the marijuana‑smoking Supreme Court nominee Douglas Ginsburg. It seems that Ginsburg smoked the foul smelling weed while teaching at Harvard. Totenberg is the same NPR reporter who was fired from the now-defunct National Observer for plagiarism. (NPR is partially funded through tax dollars.) Totenberg’s scoop was a last ditched effort by the ultra‑liberals to torpedo the Thomas nomination. All other attempts at sinking the nomination had failed. The Kavanaugh situation is nearly identical. The main difference is that more than 35 years have passed since the alleged incident compared to Anita Hill’s ten years.

There is nothing in Kavanaugh’s 35-year history (after numerous FBI investigations) that would lead anyone to think that he has done anything like what he is being accused of doing.

Throughout the nomination process, the left was scrutinizing Thomas’ life to gather up any dirt they could use against him. Juan Williams, a Washington Post columnist at the time, blew the lid off the provocateurs:

The phone calls came throughout September. Did Clarence Thomas ever take money from the South African government? Was he under orders from the Reagan White House when he criticized civil rights leaders? Did he beat his first wife? Did I know anything about expense account charges he filed for out‑of‑town speeches? Did he say that women don’t want equal pay for equal work? And finally, one exasperating voice said: “Have you got anything on your tapes we can use to stop Thomas?”1

Anita Hill’s accusations were the sludge the left needed.

Some unknown political assassin got a hold of the FBI report on Thomas and leaked it to the press. FBI reports include all information gathered on a nominee — the good, the bad, and the ugly. The information gathered is raw data. The FBI does not make recommendations to the Judiciary Committee on a person being qualified for the job based on the investigation if there is no reliable corroboration. This is why the reports are kept confidential.

Rumor and unsubstantiated hearsay “evidence” are included in the reports. As we learned in the public hearings, Anita Hill had no corroborating evidence to substantiate her story. The FBI could find no support for her charges. The Senate Judiciary Committee was right in not raising the issue during the confirmation hearings. It was a she said/he said standoff.

The Thomas‑Hill/Brett Kavanaugh/ Christine Blasey Ford political inquisitions remind me of Joseph and Potiphar’s wife. Throughout Joseph’s life, he was the envy of those over whom he ruled. His own brothers plotted “to put him to death” (Gen. 37:18). In a similar way, many of Clarence Thomas’ own black “brothers,” who had been designated “black leaders” by the leftist media, worked to scuttle the nomination by throwing him into the pit of innuendo (37:22). These same black “brothers” were deathly silent during the sexual harassment hearings. Their goal all along was to hand him over to the Ishmaelite members on the Judiciary Committee for a “high tech lynching,” the modern‑day equivalent of the “pit” (37:27‑28).

Again, like Joseph, Clarence Thomas was the object of envy: “And the LORD was with Joseph, so he became a successful man. And he was in the house of his master the Egyptian. Now his master saw that the LORD was with him and how the LORD caused all that he did to prosper in his hand” (39:2‑3). Potiphar’s wife also noticed. In addition, Anita Hill, playing the role of Potiphar’s wife, could have been the scorned woman. Virginia Thomas, the wife of Clarence Thomas, says Hill’s allegations “remind me of the movie Fatal Attraction or, in her case, what I call the fatal assistant. In my heart, I always believed she was probably someone in love with my husband and never got what she wanted.”2

In desperation, and in a fit of rage and envy, Potiphar’s wife made one last pass at Joseph. In this final failed attempt to “lay” with her, Joseph literally ran away. But in doing so, he left a piece of incriminating evidence behind: “And he left his garment in her hand and fled and went outside” (39:12). Who knew the real story except for Joseph and Potiphar’s wife. Scripture tells us that Potiphar’s wife was the one who lied in order to retaliate for the righteous rejection she received from Joseph.

The Rules of Evidence

Joseph was put in prison because of the unsubstantiated testimony of one woman and what looked like a reliable piece of physical evidence – Joseph’s garment that was left behind. But she was a powerful woman. She had influential friends. Jesus was confronted with false testimony:

Now the chief priests and the whole Council kept trying to obtain false testimony against Jesus, so that they might put Him to death. They did not find any, even though many false witnesses came forward. But later on two came forward, and said, “This man stated, ‘I am able to destroy the temple of God and to rebuild it in three days’” (Matt. 26:59-61).

For many were giving false testimony against Him, but their testimony was not consistent (Mark 14:56).

In the cases of Thomas and Kavanaugh, the liberal press, special interest groups, and the Democrat Party put forth a “witness” who had a non-corroborated accusation. Biblical justice demands at least two eyewitnesses.

Our Constitution follows the two witness requirement for treason: “No person shall be convicted of treason unless on the testimony of two witnesses to the same overt act, or on confession in open court” (Art. III, sec. 3).

Without evidence, physical or otherwise (Joshua 7:20‑21), there is nothing that a court of law can do. Parading supporters before a committee as “character references” for either side is not legitimate in biblical terms. Physical evidence and eyewitness testimony are the only ways by which a person should be judged by the courts.

The Hue and Cry

This brings us to the concept of the “hue and cry.” This is an old legal term that obligated the citizenry to report crimes and escaped criminals. A woman who is being raped must “cry out” for it to be investigated as a rape (Deut. 22:24). Anita Hill did not “cry out” when the alleged incident occurred. It was ten years later. Her testimony, at least in biblical terms, should be treated as suspect. The same is true of Christine Blasey Ford. Thirty-five years is a long time to level an accusation against someone.3

My friend Jay Rogers sums up the situation well:

The crying out case law explains what a woman is to do if a man accosts her alone. If she’s in within earshot of others, her crying out is to cause witnesses to come running.

So she didn’t cry out. That’s strike one.

She didn’t cry out and is speaking out now many years later, which is way past the legal and biblical statute of limitations on such a crime. That’s strike two.

She didn’t cry out and consequently there are no witnesses. That’s strike three.

She doesn’t remember details like where it happened, when it happened and who were possible witnesses who could have placed Kavanaugh at the crime scene. That’s strike four.

David French, a former trial lawyer who is not noted for his support of President Trump, offers the following:

According to the Washington Post, “Ford said she told no one of the incident in any detail until 2012, when she was in couples therapy with her husband.”

But even the allegedly corroborating notes of the therapist raise a separate problem. They actually contradict her story on a key detail. According to the Post, “The notes say four boys were involved, a discrepancy that Ford says was an error on the therapist’s part. Ford said there were four boys at the party but only two in the room.” Nor do the notes mention Kavanaugh’s name, even though her husband says Ford named Kavanaugh in the sessions.

Those are important discrepancies, and if six years ago she told the therapist four men and says two men now, that suggests that her memory of the event may be suspect. (National Review)

I’ve thought back about the parties I attended in high school and college. I was sober at all of them, and I could not tell you who was there. Two of the parties (one in high school and the other in college) had a great deal of alcohol flowing. There were fights at both of them. One guy had his head pushed through the sheetrock. I have no idea who the people were involved in the fights. Not a single clue even though I was standing next to the person who did the head shoving.

Biblical law, like our own legal system, presumes a person to be innocent until proven guilty.

If we as a nation succumb to unsubstantiated testimony in an attempt to disqualify someone from public office, no one is safe unless he’s a Democrat like Congressman Keith Ellison, Rep. Barney Frank, who “admitted a lengthy relationship with a male hooker who ran a bisexual prostitution service out of Frank’s apartment,” Bill Clinton, and Ted Kennedy.

It’s Time to Put the Late Ted Kennedy, Bill Clinton, and the Democrat Party on Trial

The Danger of Privatized Christianity