Women of the #MeToo movement are rightly concerned about assaults on women. One area where they are strangely silent is the assault on women’s sports by men who claim they are now women. Some states are fighting back.

Transgender girls and women would be barred from participating in sports on the team that aligns with their gender identity under a proposed Arizona law. The proposal announced by GOP Rep. Nancy Barto on Friday is co-sponsored by 22 other Republican House members and is the latest on a growing list of bills in over a dozen states that focus on transgender young people.

What gets me is how Leftists like Don Lemon and his two brain-dead guests describe conservatives as uneducated rubes, and yet we rubes know the difference between a man and a woman. Lemon is a homosexual. It seems he doesn’t understand that homosexuality is also unscientific. Men (contrary to transgender fiction) can’t make babies if they’re having sex with other men. This is biology 101.

One of the latest examples of absurdity is in cycling. Lance Armstrong was banned from the sport because of charges of doping. Now we learn that a giant of a man who claims to be a woman won a women’s cycling competition.

A woman who lost a world-championship cycling race to a biological male who identified as a transgender woman criticized the result as unfair. Jennifer Wagner said it was “definitely NOT fair” that she was forced to compete against Rachel [sic] McKinnon, the male cyclist, in the women’s event. 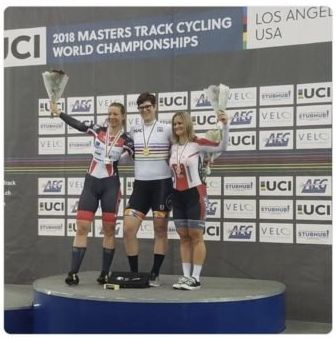 How many women who identify as men compete in men’s sports? It rarely if ever happens. Transgenderism is a one-way street. It’s only men who are competing in women’s sports and denying girls and women their rightful place in competing with other real women. This is an assault on women’s sports! Read the following absurdity:

McKinnon, a professor at the College of Charleston, accused Wagner of “transphobia” for her opposition to racing against men. McKinnon also dismissed claims of an unfair advantage. “I think there is absolutely no evidence that I have an unfair advantage,” McKinnon said in an interview with VeloNews.

This isn’t the first fake female to win a cycling event for women. “Jillian Bearden — who identifies as a transgender woman — won” the 106-mile El Tour de Tucson.

It’s not only bicycling.

Wangyot identified as a transgender teenage girl…. Wangyot — who immigrated from Thailand in 2014, according to the Alaska Dispatch News — also played on the girls’ volleyball and basketball teams. (Daily Caller)

If women took performance-enhancing drugs to compete as women in a woman’s sport, they would be banned. But it’s Ok to bring the advantages of male DNA to a woman’s sport.

I wrote the following in a 2012 article:

Gabrielle Ludwig is 6-feet 6-inches tall and weighs 220 pounds. ‘She’ plays basketball for the Lady Saints, the women’s basketball team at Mission College in Santa Clara, California. Gabrielle is the former Robert John Ludwig. Gabrielle is a surgically altered and hormone-induced woman.

“As someone living as a woman and taking female hormones since 2007, Ludwig was eligible to play in the NCAA. Transgender student athletes who have taken medication to suppress testosterone for a year may compete on women’s teams under a policy adopted last year [2011].”

Ludwig was 50 years old! You can’t tell me that being a male did not have an advantage.

The transgender chickens are coming home to roost. It’s no longer just bathrooms. Sports are being affected by the fiction of transgenderism. If a boy identifies as a girl, then why can’t he/she compete with girls in basketball, softball, or track and field? Given “transgender” logic, it would be discriminatory to deny a “transgender” boy-to-girl the right to compete with the girls.

It’s only in the Bizzaro World of transgender mandates that DNA and biology are of no scientific or rational relevance. When there’s an agenda to pursue, science need not apply, unless it’s used to prove that Elizabeth Warren is Native American. Notice that DNA testing is not used to prove that unborn babies are not human beings.

Instinctively and empirically we all know men and women are not equal when it comes to sports. That’s why there are men and women versions of the same sport.

Women are afraid to say anything because the Alphabet People will pounce on them with every weapon they have in their media arsenal to silence them and bar them from their sport.

Suddenly, Democrats Love and Want to Protect the FBI