I’ve written numerous times that atheists are almost never consistent with their atheistic beliefs. They deny God but live in His moral universe because they can’t conjure real morality given the premise of their godless worldview.

By definition, atheists are materialists. The only thing that matters is matter, expect when certain types of matter don’t matter.

There is no reason in an atheist worldview that anything ultimately matters. There’s no ultimate basis for meaning. This is why atheists must borrow from a theistic worldview to remain psychologically and morally sane.

An atheist is an “interloper on God’s territory. Everything he uses to construct his system has been stolen from God’s ‘construction site.’ The unbeliever is like the little girl who must climb on her father’s lap to slap his face. . . . [T]he unbeliever must use the world as it has been created by God to try to throw God off His throne.”1

Once in a while, people like Dawkins become consistent with their operating assumptions. If, as Dawkins has argued that “some people are going to get hurt, and other people are going to get lucky; and you won’t find any rhyme or reason to it, nor any justice,”2 we shouldn’t be surprised that Dawkins would argue that an unborn baby with Down Syndrome should be aborted.

“Abort it and try again. It would be immoral to bring it into the world if you have the choice.”

Notice his use of “immoral.” Morality is not a “thing.” It does not consist of matter. It can’t be measured or touched. It can’t be stored in a lab. No dissection can take place on a phantom.

All an evolutionist can ascent to is the survival of the fittest. Where the blind forces of nature used to weed out the imperfections in biological units, now highly evolved biological units can do it with much more precision and with greater purpose.

But let’s not stop with Down Syndrome pre-borns. Surely we can be more precise. If Dawkins is right that “The universe we observe has precisely the properties we should expect if there is at the bottom, no design, no purpose, no evil and no good,” then there is no moral reason why we can’t set the survivability bar even higher. According to Dawkins, “DNA neither knows nor cares. DNA just is, and we dance to its music.”

Since we evolved biological units can control whose DNA survives (there is no God to say otherwise), the biological units are the ones that are playing the music. Once it becomes a “scientific truth” that some pre-borns are “unfit,” there is no way to stop where the extermination line is drawn. Today it’s Down Syndrome babies, tomorrow it’s someone with an IQ of only 100 or people who just don’t measure up on a punch list of favorable attributes. Think of the 1997 film Gattaca3 that depicts a future society “driven by eugenics where potential children are conceived through genetic manipulation to ensure they possess the best hereditary traits of their parents.”

“A genetic registry database uses biometrics to instantly identify and classify those so created as ‘valids’ while those conceived by traditional means and more susceptible to genetic disorders are derisively known as ‘in-valids.’ Genetic discrimination is forbidden by law, but in practice genotype profiling is used to identify valids to qualify for professional employment while in-valids are relegated to menial jobs.”

Consider my three-year-old granddaughter Julianna. She was born a month premature. During the birth process, she inhaled the meconium (meconium aspiration). “Inhaled meconium can partially or completely block the baby’s airways.” 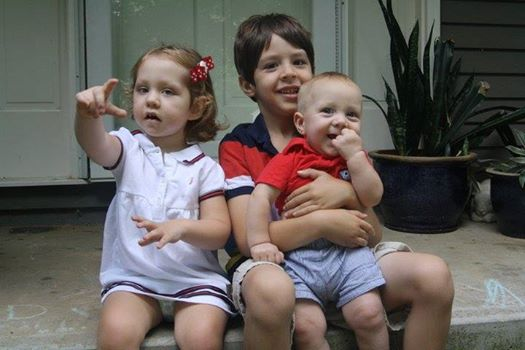 In addition, there were some physical markers that led the doctors to believe that other issues were involved in her slow physical development. The most obvious was hypotonia, low muscle tone. After a series of genetic tests, it was determined that Julianna had Kabuki Syndrome, “a pediatric congenital disorder of suspected genetic origin with multiple congenital anomalies and intellectual disabilities. It is quite rare, affecting roughly one in 32,000 births.”

I suspect that if a DNA test had been done on Julianna while she was still in the womb, people like Richard Dawkins would have said “abort and try again. It’s the ‘moral’ thing to do.” In an atheistic evolutionary worldview, there is no moral reason not to since morality can’t be derived from matter. There is no moral code written on our DNA. And even if there were, there is no one to tell us that we must obey our DNA. There is neither good nor evil.

Julianna is now three years old. We’ve seen her go from having to be fed with a feeding tube to becoming quite the foodie. The feeding tube is gone.

We’ve watched her struggle even to raise her head to now being able to stand and walk with assistance. She’s come a long way.

She began reading when she was two. Intellectual testing puts her with five-year-olds. She is a delightful girl with a wonderful loving personality.

People will react to horror about Dawkins’ comments without thinking that they are the inevitable result of atheism. Atheists hate to hear this, but there is no way around it. Given atheistic and evolutionary assumptions, we got here by killing the weak.