Why All the Preoccupation With Sexual Subjects?

Everywhere we turn today sex is shoved in our faces – from forced compliance to the belief that same-sex sexuality is normal, rational, and moral to every kind of sexual act paraded before us in all types of print and visual media known to man, including Olympic athlete Bruce Jenner transitioning into a woman.

If a male Olympic gold medalist decathlete can engage in sexual mutilation to “transition” into becoming woman, and a big burly football player like Michael Sam can declare that he is having sex with other men, how can anybody argue that such sexual expressions are wrong and not manly?

It wasn’t that long ago that sexual transitioning was thought to be the height of insanity and perversity. The “Buffalo Bill” character in Silence of the Lambs that won five Academy Awards in 1991 was attempting to transition into a woman. He does this by fashioning a “woman suit” of real skin from his female victims.

“Upon its release, The Silence of the Lambs was criticized by members of the LGBT community for its portrayal of Buffalo Bill as bisexual and transsexual. In response to the critiques, [director Jonathan] Demme replied that Buffalo Bill ‘wasn’t a gay character. He was a tormented man who hated himself and wished he was a woman because that would have made him as far away from himself as he possibly could be.’”

In effect, he was insane. 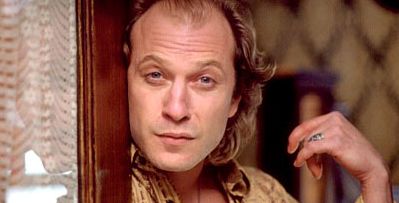 Like day follows night, legal steps are being considered to normalize transgenderism. “We see transgender rights as the next wave of the work we need to do, after marriage equality,” said Katherine Franke, director of Columbia Law School’s Center for Gender and Sexuality Law.

Now we’re being told that a pedophile is what he is not by choice but by birth. Isn’t this the same argument that was used to normalize and mainstream homosexuality? Given the fact that genes trump morality, the day will come when people who are attracted to prepubescent children will be given the same rights as homosexuals. The arguments for legalization are the same.

Sex is a good thing. God made it intimate and pleasurable. In creating us as sexual beings, God also set certain boundaries: sex within marriage, marriage between a man and woman, no sex with animals, and no adultery. That’s not many rules, and they’re for out good.

How can today’s preoccupation with everything sexual be explained? The following is from a talk that Rousas J. Rushdoony gave a number of years ago:

Sigmund Freud, together with Charles Darwin and Karl Marx, is one of the three great shapers of the modern mind. To understand what this modern world has become, we need to understand Darwin, Marx, and Freud. Freud is the last of these representing the culmination of the Enlightenment, also in a sense, signed its death warrant.

Freud wanted a world in which man could indulge himself sexually, and in every way, live as it were in a world without inhibitions which, at the same time would be a world without consequences. And yet the ironic fact that Freud, in his personal life, tended to be rather puritanical, inhibited, and very, very prudish.

Freud’s basic purpose was to create a scientific worldview that would eliminate religion, and as Freud analyzed the picture, he concluded that although science had, up until his day, had a great deal to say about religion, had proved, he claimed, over and over again that it was unscientific, that men were simply indulging in superstition, that it should be discarded, that there was no sense to adhering to Christianity or to religion in any form, because his hatred of Judaism was perhaps more intense than his hatred of Christianity. All the same, he said, up until now, scientists have been wasting their time.

Freud’s observations upon man as a sexual creature were based upon a study of . . . caged animals. Zoo animals. The zoology of Freud’s day was not natural zoology, but artificial zoology, in that the animals in zoos were studied and they said these are the instincts of these wild animals, but there is a difference between a caged animal and a wild animal. Now caged animals think primarily of sex, and they have no inhibition with regard to incest, nor do they have any inhibition with regard to tearing up one another. But wild animals are not primarily sexually motivated.

Normally, it is not even secondary, but in the kind of society we have today, it becomes increasingly prominent, so that things forty years ago were never heard of, are everyday newspaper material and conversation concerning people we run into all the time, because we are creating out of men today caged animals, zoo animals, welfare state animals, and so we are creating people who begin to resemble Freud’s weird picture of man.

Weird indeed. Successful male Olympic athlete Bruce Jenner wants to mangle himself physically so he can transform himself into a woman, and the liberal world believes this is normal and sane.

How Did America Lose Its Mind and Soul?

Why All the Preoccupation With Sexual Subjects?