Once again we have a politician using the Bible to support a political position. This time it’s Ohio governor John Kasich, a Republican, believes the Bible can be used to support taking money from some people so it can be given to other people. He’s critical of people who oppose the expansion of Medicare in his state. He offered to buy opponents of his expansive efforts a copy of the Bible to set them straight:

“Look at Medicaid expansion. Do you know how many people are yelling at me? I go out to events where people yell at me. You know what I tell ’em? … I say, there’s a book. It’s got a new part and an old part; they put it together, it’s a remarkable book. If you don’t have one, I’ll buy you one. It talks about how we treat the poor. Sometimes you just have to lead.”

The Bible addresses poverty a great deal. But there’s not one passage that says that the State – civil government – should tax workers to create programs to help the poor. Contrary to popular belief, Jesus was not a Socialist, and the Bible is not a Socialist manifesto.

Read more: “The Lie that ‘Jesus Was a Socialist‘.”

The Bible knows about sickness and health. But there’s not one passage that says the State should put into place a top-down civil system to care for the sick.

I debated Jim Wallis, editor of Sojourners magazine, a proponent, like Gov. Kasich, of a “Christianized” welfare state. Wallis claimed that there are more than 2000 verses that address poverty. This may be true, but, as Gary North points out, “he has yet to provide textual/exegetical support for his constant calls for more State welfare to the poor.”

In my debate with Wallis, I asked him to show me one verse of the 2000 he says address the poor that says the government should get in the welfare business. He could not.

Liberal “values are about sticking a gun into a successful person’s belly,” Gary North states, “taking his wallet, removing an unstated percentage of the money, and handing the wallet back. ‘See you at the next election.'”

While Gov. Kasich referenced the Bible in an attempt to support his growth of the welfare state and shame his opponents, he did not offer a biblical argument. Like Jim Wallis, he did not put forth any passages in context that would support his claim. 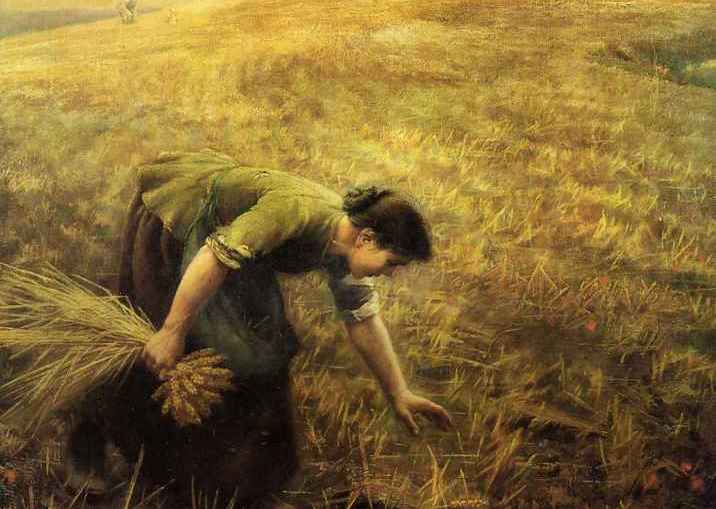 The Old Testament had gleaning laws (Lev. 19:9-10; 23:22). These were not government programs. The poor had to do the gleaning (Ruth 2:2-3). When Jesus and His disciples were gleaning, the Pharisees accused them of working on the Sabbath (Mark 2:23). Jesus had many opportunities to call on the Roman Empire and the civil officials in Israel to develop a confiscatory welfare State. He didn’t.

These examples cannot be used as a directive for social spending by governments. Jesus never calls on the State to act in an altruistic way. The State can’t be altruistic since it has nothing of its own to give. The eighth commandment applies to civil governors in the same way that it applies to self-governors (individuals). Neither is permitted to steal to help others.

You can’t be altruistic with other people’s money. Taking money from one group of people and giving it to another group of people is not altruism, even if a majority of people vote for a program that does it. It’s theft. Theft by “majority rule” is still theft.

Wallis and Kasich take verses that are directed at individuals and turn them on their head and give them a political twist. Here’s a representative example:

“Most important, when we reflect on all Jesus had to say about caring for the poor and oppressed, committing ourselves to His red-letter message [the words of Jesus that are often in red letters in some Bibles] just might drive us to see what we can do politically to help those he called, “the least of these” (see Matt. 25:31–46).

“On the day of judgment . . . [God] will ask whether or not we fed the hungry, clothed the naked, received and cared for aliens, and brought deliverance to captive peoples (see Matt. 25:31–46).”

The author of the above sees a political solution in these verses when Jesus is addressing what individuals have or have not done. There are a number of things that civil government is permitted to do that I, as a private citizen, am not allowed to do, for example, execute criminals.

Civil governments are the biggest hindrance in helping the poor, and it’s not because they don’t tax enough and redistribute wealth. High taxes and control of the money supply (inflation/deflation) enable civil governments to control people and their property. A ten percent tax is a sign of tyranny (1 Sam. 8:15), and yet these so-called social justice Christians believe in higher taxes on the rich to help the poor.

It was a taxing policy by Rome that forced Mary and Joseph to leave their stable home environment, Joseph’s job, and spend money they probably did not have in order to register for a government tax (Luke 2:1–7). Wealth redistribution policies, with all their good intentions, hurt the poor and make them wards of the State, so that “the last state of that man” and tens of millions more “becomes worse than the first” (Matt. 12:45).