Newsweek magazine has published its first 2015 issue with the lead article “The Bible: So Misunderstood It’s a Sin” written by Kurt Eichenwald. The question is, however, who is misunderstanding the Bible? Could it be that Mr. Eichenwald is the one doing the misunderstanding?

Certainly a lot of people do misunderstand the Bible. Much of the misunderstanding comes from a simple lack of Bible knowledge. People have heard what the Bible supposedly says on particular topics for so long that they actually believe these ideas are in the Bible. I’ve seen this firsthand. I often give a simple Bible quiz when I speak to groups on a controversial biblical topic. I’ve never had anybody answer all the questions correctly.

Kurt Eichenwald is not so much concerned about biblical literacy but with the way people interpret the Bible. There’s nothing new in this. Jesus had constant battles with the religious people of His day over interpretation issues. So we shouldn’t be surprised if people get much of the Bible wrong today.

But as we’ll see, Mr. Eichenwald is woefully deficient in the biblical literacy department, and it ends up coloring his very strange interpretation of certain biblical texts.

Mr. Eichenwald’s article is long but seems to have a singular agenda. I had a suspicion that the article would be used to question the Bible’s opposition to same-sex sexuality and prop up a liberal political agenda. Sure enough, here’s the first like in the article:

“They wave their Bibles at passersby, screaming their condemnations of homosexuals.”

It’s not just this single line. An inordinate amount of copy is given over to the homosexual issue. He strains very hard to dilute the Bible’s very specific and repeated condemnation of homosexuality. His basic argument is that the Bible may condemn homosexuality, but it also condemns other practices. True enough, but as far as I can tell, America’s court system has not written such things into law whereby people lose their businesses for refusing to comply with a very clear moral prohibition.

Eichenwald begins with a look at 1 Timothy 1:10 where he questions the translation of the Greek word ἀρσενοκοίταις as “homosexual.” He never actually deals with the meaning of ἀρσενοκοίταις. All he can say is, “suppose for a moment that 1 Timothy was written by Paul, and that ‘defile themselves’ does refer to homosexuality. In that case, evangelical Christians and biblical literalists still have a lot of trouble on their hands.”

“The word [arsenokoites] literally and graphically refers to a male copulator (cf. Sib. Or. 2:73; Greek Anthology 9.686), a man who has intercourse with another man… It is true that this term can refer to a pederast (an older man who has sex with a younger man or a youth), but the term is not a technical term for a pederast;1 rather, it includes consenting adult males who have sexual relationships in this manner, as well as any other form of male-to-male intercourse.”2

Andreas Kostenberger’s comments in God, Marriage, and Family, are equally devastating to Eichenwald’s claims about the “possible” meaning of ἀρσενοκοίταις (arsenokoitais). 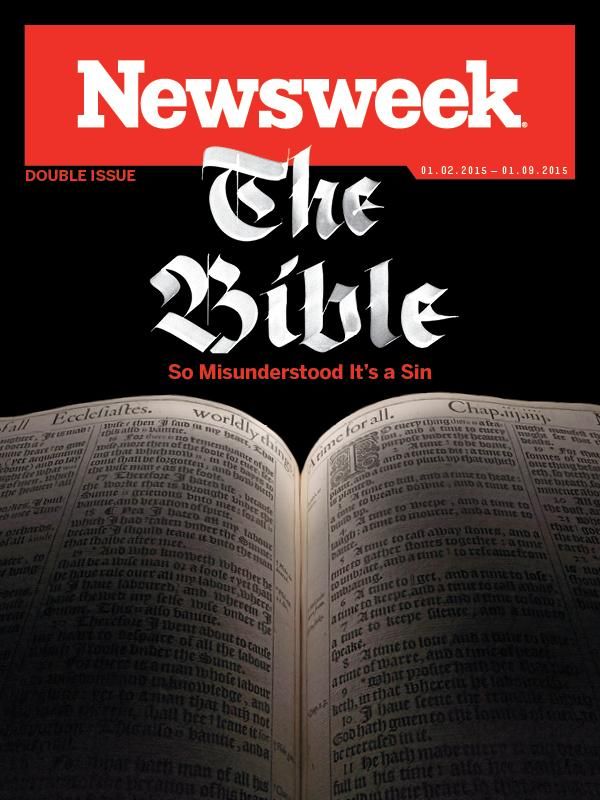 In a backhanded way, Eichenwald admits that the Levitical passages (18:22; 20:13) prohibit same-sex sexuality as does Romans 1:26-32. (Leviticus 20:13 uses ἄρσενος κοίτην [arsenos koitēn] in the Greek translation [LXX] of the Hebrew text.) So how does he get around these very clear prohibitions?: by arguing that Christians are inconsistent (many of them are); that they don’t follow the Bible on other prohibitions (they often don’t). Such an argument does not nullify what the Bible clearly states on same-sex sexuality. It only means that Christians need to be more consistent, and I would add, so do people like Kurt Eichenwald.

Many of the examples that Eichenwald uses to claim inconsistency are easily explained. The examples he uses have been dealt with numerous times.

Eichenwald goes on to more absurdity with this:

“On his television show The 700 Club, [Pat] Robertson recently went on a tirade about Barack Obama and, as he is wont to do, prayed for help. ‘God, we need the angels! We need your help!’ Robertson said. ‘We need to do something, to pray to be delivered from this president.’

“And with that, Pat Robertson sinned. Because in Romans—so often used to condemn homosexuality—there is a much longer series of verses about how the righteous are supposed to behave toward people in government authority. It shows up in Romans 13:1-2, which in the International Standard Bible says, “The existing authorities have been established by God, so that whoever resists the authorities opposes what God has established, and those who resist will bring judgment on themselves.

“So yes, there is one verse in Romans about homosexuality … and there are eight verses condemning those who criticize the government. In other words, all fundamentalist Christians who decry Obama have sinned as much as they believe gay people have.”

To criticize President Obama is a sin! Let me put it into liberal logic: To criticize a liberal president and liberalism (Progressivism) is a sin.

He leaves out Romans 13:3-4 where the civil magistrate is said to be a “minister of God” to us “for good.” Civil officials are not autonomous. They are bound by the standards of good and evil. What is foundation of that standard?

But does the Bible prohibit criticizing the government and government officials? Often times the Bible gives a universal prohibition, but then offers certain exceptions. For example, the Hebrew midwives did not follow the edict of Pharaoh, and neither did the mother of Moses (Ex. 1:15-22; 2:1-4). Rahab lied to the authorities of Jericho about the spies (Josh. 2). According to Eichenwald’s reading of the Bible, the Hebrew midwives, Moses’ mother, and Rahab violated the principles outlined in Romans 13. The same could be said for Peter who declared, “We must obey God rather than men” (Acts 5:29; also see 4:19-20).

We know from the Bible that the mother of Moses is commended for her faith by hiding her child from the authorities (Heb. 11:23). The same is true of “Rahab the harlot [who] did not perish along with those who were disobedient, after she had welcomed the spies in peace” (11:31).

Let’s not forget the Old Testament prophets were critical of the civil and ecclesiastical governments of Israel in their day. King David was criticized by Nathan (2 Sam. 12). Let’s not forget Daniel.

Being critical of the government when it does something immoral and/or unconstitutional is part of the political process in America, otherwise why do we have elections? Why do we have a two-party system if the citizens can’t criticize their government? Voting to remove somebody from office is a criticism of what they are doing. Any person running for political office takes a critical stance in order to distinguish his views from his opponent.

By the way, where was Mr. Eichenwald when liberals, many of whom used the Bible, were criticizing George W. Bush and Republican programs?

The Constitution is our “Caesar” (Matt. 22:21). The First Amendment legitimizes criticism in various ways (speech, press, assembly). We can “petition the government for a redress of grievances.” A “grievance” is a criticism.

There’s more I could say, but this gives you some idea of Mr. Eichenwald’s understanding of misunderstandings. It’s a hatchet job to promote same-sex sexuality and to neutralize the general Christian population to remain silent in the face of tyranny. Someone like Adolf Hitler would have been very comfortable with Mr. Eichenwald’s line of argumentation.

For some additional thoughts on Mr. Eichenwald’s article, see the article written by Daniel B. Wallace: “Predictable Christmas Fare: Newsweek’s Tirade against the Bible.”