It’s getting harder to cover for Muslims who kill and want to kill. Nobody’s buying the old canard of “workplace violence.” It’s not likely that anyone ever did. The shift to reality might explain how many women are moving away from supporting the Democrat Party because they feel unsafe because of a lack of adequate responses from a tone-deaf President Obama who’s more interested in “optics” than realism.

Wow! I guess Tina didn’t get the daily news briefings from the White House. Everybody else must have since her comments have barely caused a stir. Maybe it’s because the major networks didn’t pick up her atypical remarks about President Obama. They are still in major protection mode.

She must have had a senior moment and thought she was talking about George Bush.

Everybody not trying to protect President Obama and the Democrats from bad news this close to the midterm elections knows that Islamic extremists are a danger. Canada found out the hard way, but unlike the United States, identified it for what it was – terrorism. The murderer was a recent convert to Islam.

Of course, liberal Obama protectors blamed the assault on the Canadian Parliament on access to guns. Typical and expected. The gun must have jumped into his hand, loaded itself, and pulled the trigger. It happens all the time.

The problem isn’t with guns. People with a certain mind set with a gun (or knife or hatchet) are what make the difference not the weapon they’re wielding. 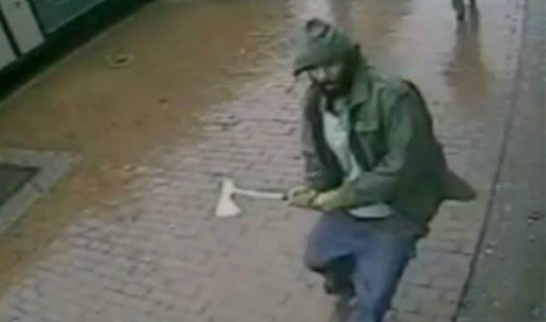 Consider this recent story about a man with a hatchet:

“A Facebook page of a man who gruesomely attacked New York police officers with a hatchet Thursday features a profile photo of a heavily-armed man and an image of Islamic prayers, although officials have not confirmed links to extremist documents or jihadi groups at this time.

“NBC News, citing law enforcement sources, reported the Facebook page belongs to Zale Thompson, a 32-year-old resident of Queens. The report describes the profile picture of his Facebook page as appearing to be ‘a Muslim warrior.’

“Thompson allegedly attacked four recent graduates of the NYPD Police academy unprovoked with a hatchet on Thursday, leaving one officer in critical condition. A law enforcement source says the officer is now out of out of surgery but in intensive care.”

Americans are feeling less safe with President Obama at the helm and the Democrats in the seats. Buckle up. We’re in for a bumpy ride.