Don’t go against the (political) Family and you’ll be protected. This is a classic Godfather line from one of film’s all-time classics.

Now you know why Godfather Politics was developed. So much of today’s political machinations look so much like how the Mafia operates — an in-your-face illegitimate governmental operation using fear and intimidation to stay in power.

The Godfather bought off police officers, politicians, and judges to amass power and extend the jurisdiction of his Family’s influence, all for the good of the people and the community. Those holding legitimate governmental positions benefited as well with financial kickbacks. The Don’s “cabinet officers” were uncompromisingly loyal. His wife was equally loyal and unquestioning of his methods. The Don never directly involved himself in implementing his corrupt but effective policies. He hired “buffers,” underlings, to carry out his edicts. An empire was created outside the law but with the protection of the law.

Don Vito Corleone protected his interests by crushing any person or competing crime family that opposed his will. It wasn’t personal; it was business. Each recipient of the Don’s favor would carry a lifetime debt that one day might have to be repaid. And there were many people in his debt.

Loyalty was rewarded; disloyalty was severely punished. The Godfather was a political predator masquerading as a benevolent governor of the people. The family business had to be protected at all costs. Legacies were important. Power from the Don was passed on to the most competent son, insuring the future of the family.

Watch Godfather I and II with these thoughts in mind. It’s no accident that Rahm ‘The Rahmfather’ Emanuel is called ‘The Godfather.’ 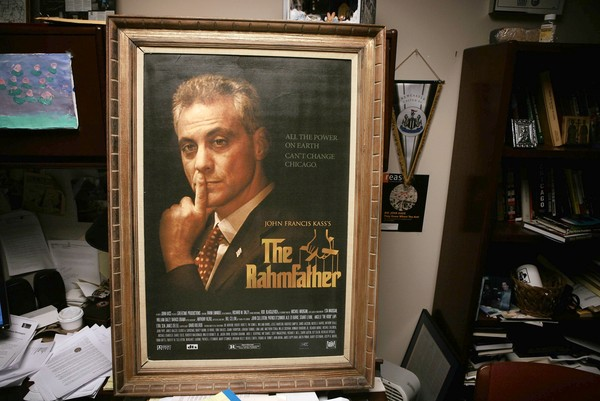 The predatory politics and violent methods of the Godfather are criminal. Everyone understands this. But what is considered criminal when practiced by the Godfather, all of a sudden becomes “government policy” in legislation coming from Washington. Lavish government spending programs and burdensome tax bills are legitimized by describing them as just, benevolent, fair, and good for the people.

The rule of law (the Constitution) is often ignored and most often subverted to gain political power at the expense of personal freedom and liberty. Wealth is confiscated from the productive and transferred to the less productive in an attempt to buy votes. Vote buying becomes a means of increasing the scope of governmental power and legitimizes policies that can find no constitutional justification. As long as those in power offer the benefits that come with power, few people complain, except, of course, those who are being fleeced.