Since 2009, President Obama has played 200 rounds of golf. Since that time, Tiger Woods has played 269 rounds. At Obama’s current pace, he will soon have played more golf than Tiger Woods!

Instead of playing so much golf, Obama should read the Constitution and lead this country the way our founders intended. 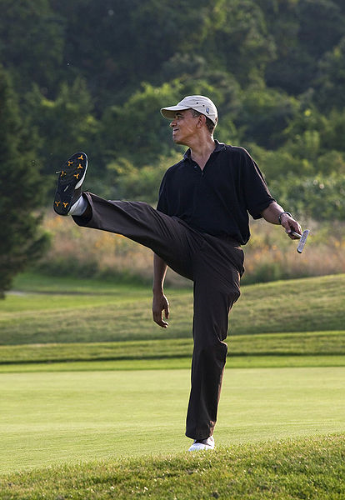 You can also SIGN OUR “STOP GOLFING” PETITION, free of charge.

More of what Obama has missed while playing golf…

It’s time to send a powerful (and funny) message to the President, America:

You can also SIGN OUR “STOP GOLFING” PETITION, free of charge.

Jimmy Carter to Give Keynote Speech at Muslim Convention