Islamic Terrorism Has Been Woven into the Fabric of Our Country

President Obama has said that “Islam has been woven into the fabric of our country since its founding.” For once, maybe twice, I have to agree with the President. America’s relationship with Islam goes back to its founding, but it’s not what the President is willing to reveal.

Thomas Jefferson, embroiled in a war with Islamic terrorists in his day, commented, “Too long, for the honor of nations, have those Barbarians been [permitted] to trample on the sacred faith of treaties, on the rights and laws of human nature!”2

Little has changed since the eighteenth century. In Joseph Wheelan’s well researched book on America’s first war on terror with Islam, we learn that “Jefferson’s war pitted a modern republic with a free-trade, entrepreneurial creed against a medieval autocracy whose credo was piracy and terror. It matched an ostensibly Christian nation against an avowed Islamic one that professed to despise Christians.”3 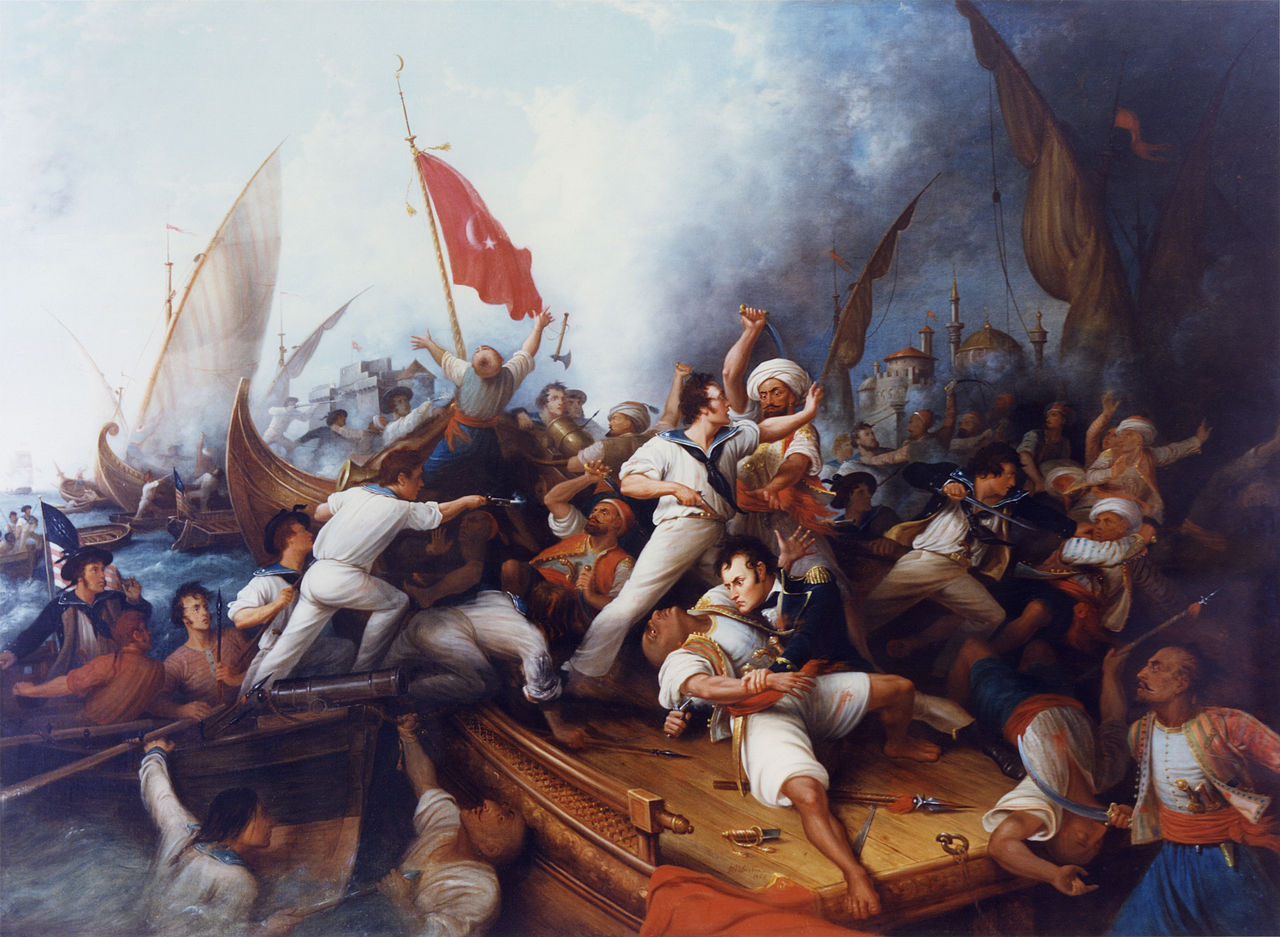 Dumas Malone, Jefferson’s biographer, writes: “Treaties had been made with these petty piratical powers in the past, all of them calling for what amounted to tribute. The United States was acting like the other nations with commerce to protect, but Jefferson had opposed this sort of policy from the time he was in France, believing that the only effective language to employ against these brigands of the sea was that of force. He never believed in buying peace with them, and actually he was the first President to use force against them.”4

“Koranic teaching that the faith or ‘submission’ can be, and in suitable circumstances must be, imposed by force, has never been ignored. On the contrary, the history of Islam from Arabia was followed by the rapid conquest of North Africa, the invasion and virtual conquest of Spain, and a thrust into France that carried the crescent to the gates of Paris. It took half a millennium or reconquest to expel the Moslems from Western Europe. The Crusades, far from being an outrageous prototype of Western imperialism, as is taught in most of our schools, were a mere episode in a struggle that has lasted 1,400 years and were one of the few occasions when Christians took the offensive to regain the ‘occupied territories’ of the Holy Land.”5

If America wanted “temporary peace,” a one-year guarantee, it would cost $66,000 plus a 10% commission. “Everlasting peace” was a bargain at $160,000 plus the obligatory commission. This only applied to Tripoli. Other Muslim strongholds would also have to be paid. The amount came to $1.3 million. In vain Jefferson and Adams tried to argue that the United States were not at war with Tripoli. In what way had the U.S provoked the Muslims, they asked? Ambassador Abdrahaman went on to explain “the finer points of Islamic jihad” to Jefferson and Adams. In a letter to John Jay, Jefferson wrote the following:

“The Ambassador answered us that it was founded on the Laws of their Prophet, that it was written in their Koran, that all nations who should not have acknowledged their authority were sinners, that it was their right and duty to make war upon them wherever they could be found, and to make slaves of all they could take as Prisoners, and that every Musselman [Muslim] who should be slain in battle was sure to go to Paradise.”6

Abdrahaman was paraphrasing the Koran’s “rules of engagement” found in the 47 Surah:

“Whenever you encounter the ones who disbelieve [during wartime], seize them by their necks until once you have subdued them, then tie them up as prisoners, either in order to release them later on, or also to ask for ransom, until war lays down her burdens.”

A non-aggressing nation is still at war with Islam as long as it hasn’t embraced Islam. Islam’s goal is to conquer the world, either by the submission of one’s will or by Allah’s sword.7

When President Jefferson refused to increase the tribute demanded by the Islamists, Tripoli declared war on the United States. A United States navy squadron, under Commander Edward Preble, blockaded Tripoli from 1803 to 1805. After rebel soldiers from Tripoli, led by United States Marines, captured the city of Derna, the Pasha of Tripoli signed a treaty promising to exact no more tribute.

Islamic Terrorism Has Been Woven into the Fabric of Our Country