Self-righteous Hollywood is at it again. Hollywood decries and even runs AD spots denouncing bullying. The following an article titled “Bullying Prevention Month In Hollywood”:

We hope you’ve noticed over the past year that we’ve been focusing on bullying and cyberbullying, a confounding national crisis that turns youths’ lives upside down with unimaginable angst and dread, sometimes with deadly consequences. With each story, we’ve heard poignant stories from Patch readers in Los Angeles and others who were bullied and overcame it, but also many who continue to struggle with the damage done by bullies to their self-esteem.

No community is immune to bullying, and even now, the Los Angeles County Sheriff’s department is investigating a possible case of bullying involving two Lancaster High School students. A now-deleted video posted to Facebook Friday shows a girl mocking and then slapping a boy, said to be a special needs student, as other classmates look on.

These same Hollywoodians support legislation that would make it legal for a woman to abort a special needs child. Killing a child is far more criminal than slapping and mocking a student, special needs or not.

“National Bullying Prevention Month is a reminder that schools are learning environments for children to thrive, explore, and become leaders of tomorrow. Bullying has no place on our campuses,” said Human Relations, Diversity and Equity Administrator Judy Chiasson. “Effective bullying prevention is grounded in the philosophy that what we focus on grows. That is why LA Unified supports a positive school climate that is defined by caring and kindness, where social emotional learning matters. Schools are prepared to support students If an incident does occur that does not support these standards.” (Patch)

What a crock. These people don’t care about bullying. They only want people to think they care. These same schools are most likely teaching students that it’s every woman’s right to kill — bully to death — their unborn children.

Pro-abortionists don’t seem to realize that one of the reasons bullying is so prevalent today is because they’ve cheapened life. Life is on a continuum from conception to death. Where on that continuum is it wrong to abuse someone? Only after the baby is born? Who says?

A baby born at 23 weeks gestation (normal is 38-40 weeks) weighed just 8.6 ounces. Was Baby Saybie — a name used by her care team — a human being at 23 weeks? Would it have been morally right to throw her in the trash? The argument that a woman can do what she wants with her own baby falls apart since Baby Saybie was never part of her mother’s body. 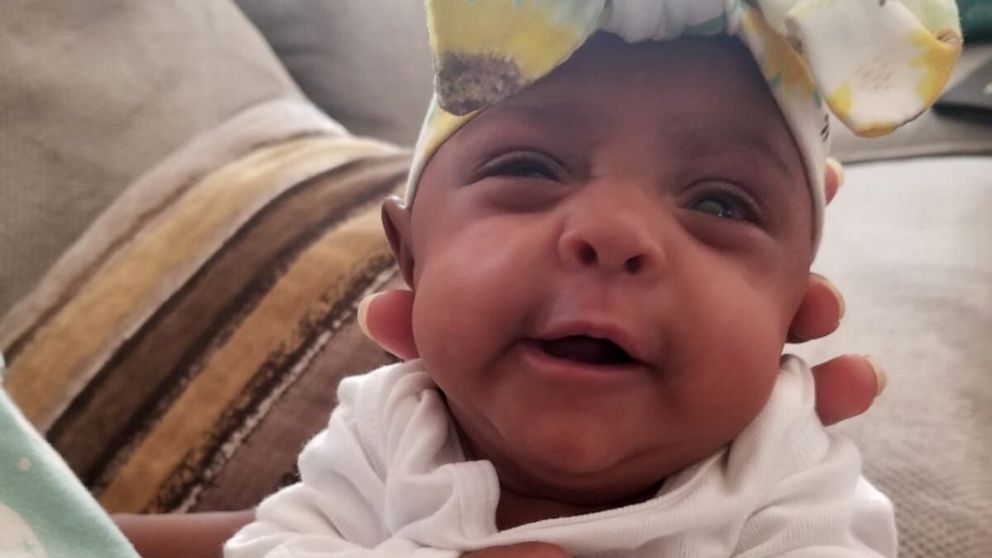 Baby Saybie weighed five pounds when she was discharged from the hospital.

I find it ironic that Hollywood is bullying the state of Georgia to protest its new law to protect unborn children. The heartbeat law stipulates that an abortion cannot be performed in the Peach State if the fetal heartbeat can be detected.

Agence-France Presse reports (5/30/19), “WarnerMedia, Sony Pictures and NBCUniversal on Thursday joined a growing number of major studios threatening to pull their productions out of Georgia should a controversial abortion law in the southern US state go into effect.”

In his End of Day Report (5/31/19). Gary Bauer notes, “Bob Iger, the CEO of Disney, has joined the left-wing assault on Georgia’s new pro-life law. He said it would be ‘very difficult’ for Disney to continue working in Georgia if the heartbeat law remains in effect.”

So an entertainment giant geared toward children is unhappy with a law to protect unborn children? Bauer adds, “Walt Disney must be rolling over in his grave.”

Netflix is reported to be working with the ACLU to try and legally stop the Georgia law. This is the same Netflix that seems to have no problem with filming productions in some Middle East countries with serious human rights violations.

And on it goes.

I asked Evangelist Alveda King, niece of Dr. Martin Luther King, Jr., a champion of civil rights for the unborn, her opinion on the Georgia controversy. She told me, “There are many filmmakers who are producing lovely movies without supporting killing as an option for solutions to life’s challenges. As a US citizen of Georgia, and as a black woman who has suffered from the scourge of abortion, I suggest to Hollywood and the world at large that healing will always trump killing. #istandwithga4life.”

First of all, why is Hollywood even making movies in Georgia and not in Hollywood? Tax breaks. I don’t blame them for that.

But I do blame them for attempting to bully Georgia for passing a humane law to deal in a humane way with a gross violation of human rights.

I remember how poignant, how “consciousness-raising,” was an anti-bullying scene in “Never Been Kissed” with Drew Barrymore, where, as I recall, she was about to go on a date. She was so excited. But it turned out to be a cruel hoax to set her up for humiliation, as bullies stop their car, pelt her with eggs, and then drive off in laughter. It’s a powerful scene demonstrating the cruelty of bullying.

Yet at the same time, Hollywood supports the ultimate bullying in our society—abortion. Can you think of anyone more vulnerable than a preborn child?

Look at every single method of abortion. Every single one. They are inhumane. They mete out cruel and unusual punishment to the most innocent, defenseless amongst us. Sometimes the children are killed through chemicals—human pesticides. Sometimes, their limbs are torn apart in utero. Sometimes, they have their brains sucked out first and are then delivered (dead), breach style.

The most common form is via a gigantic vacuum. It is as if the unborn baby experiences a tsunami. Abby Johnson, an eight-year veteran with the Planned Parenthood chapter in Bryan, Texas, worked her way up to management. One day she actually saw through a sonogram what an abortion does to the unborn, and her eyes were opened. She left the clinic. Today she is playing for the other side. And her story has even been told in a surprise-hit movie, Unplanned.

Abby Johnson told D. James Kennedy Ministries television that seeing the suctioning of the preborn baby was quite disturbing: “I saw [the child] begin to move its arms and legs, and I saw it begin to move away from that instrument. And I was just in shock …. I saw the child’s body begin to go through that tube. For those few moments I was watching this child fight hard for its life. It didn’t have a chance. We had all those instruments and all that technology, and that little baby didn’t have a fighting chance—and it did fight.” [Emphasis added]

This is why I say abortion is the ultimate bullying. Indeed, the preborn do not have a chance.

Jesus said, “Do to others as you would have them do to you.” What a golden rule. Why can’t this golden rule be applied to the preborn child? We were all once preborn children—even people in Hollywood. Would we have wanted our lives snuffed out by the ultimate bullies?

Secularism's March Toward Dehumanization. Who Will Be Next?

My Thoughts on “Thoughts and Prayers”