Is It Ever Right for States to Disobey a Federal Court Ruling?

Some liberal governors are threatening to disobey laws that may be passed restricting certain liberal policies like immigration, drugs, “climate change,” “travel bans to states over disagreements regarding same-sex rights, and abortion. Good for them on the principle.

What if a federal court ruled that gun ownership is no longer permitted in the United States and all guns must be confiscated? Should the states comply and go on a gun confiscation program?

You and I know that it was morally right for states to outlaw slavery even if the national government had mandated the practice. 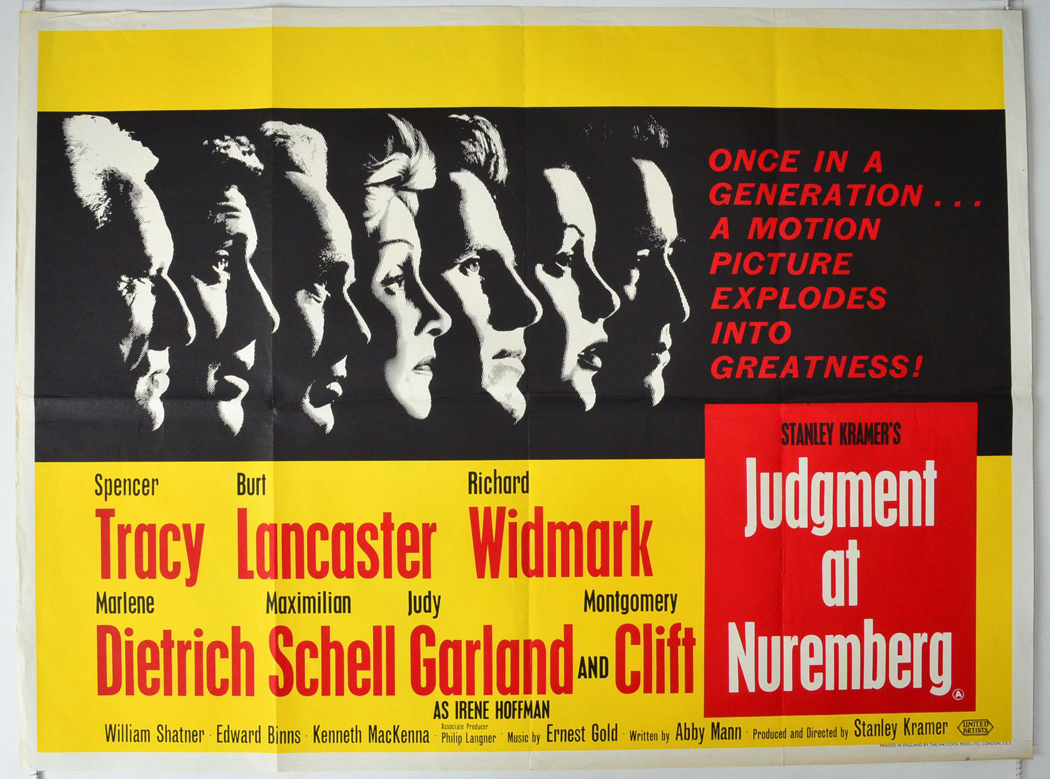 It’s a powerful film that deals with events related “principally to actions committed by the German state against its own racial, social, religious, and eugenic groupings within its borders ‘in the name of the law.’”

“Judge Dan Haywood (Spencer Tracy) is the Chief Trial Judge of a three-judge panel that will hear and decide the case against the defendants. Haywood begins his examination by trying to learn how the defendant Ernst Janning (Burt Lancaster) could have sentenced so many people to death.”

What reason did the defendants give for their actions? They were only following orders.

Adolf Eichmann: “I cannot recognize the verdict of guilty… It was my misfortune to become entangled in these atrocities. But these misdeeds did not happen according to my wishes. It was not my wish to slay people… Once again I would stress that I am guilty of having been obedient, having subordinated myself to my official duties and the obligations of war service and my oath of allegiance and my oath of office, and in addition, once the war started, there was also martial law… I did not persecute Jews with avidity and passion. That is what the government did… At that time obedience was demanded, just as in the future it will also be demanded of the subordinate.”

Then there is the constitutional issue based on the Tenth Amendment: “The powers not delegated to the United States by the Constitution, nor prohibited by it to the States, are reserved to the States respectively, or to the people.” The doctrine of the lesser magistrate, also known as interposition, is not anarchy since the action is done with an existing magistrate.

If a person does not like a state’s laws, he or she can move to any of the other 49 states. It’s a great principle, the essence of freedom.

Here’s what Thomas Jefferson had said on the subject of judicial supremacy:

“Just following orders” or “just following the law” was a constant refrain at Nuremberg. John Warwick Montgomery explains the problem the tribunal faced:

When the Charter of the Tribunal, which had been drawn up by the victors, was used by the prosecution, the defendants very logically complained that they were being tried by ex post facto laws; and some authorities in the field of international law have severely criticized the allied judges on the same ground. The most telling defense offered by the accused was that they had simply followed orders or made decisions within the framework of their own legal system, in complete consistency with it, and that they therefore could not rightly be condemned because they deviated from the alien value system of their conquerors. Faced with this argument, Robert H. Jackson, Chief Counsel for the United States at the Trials, was compelled to appeal to permanent values, to moral standards transcending the life-styles of particular societies — in a word, to a “law beyond the law” of individual nations, whether victor or vanquished.5

There is a higher law. It was this law that Martin Luther King appealed to when he faced and opposed segregation.

The day may be coming when we’ll have to come under the political and legal sanctuary and protection of the states. This will mean voting for political leaders who agree with applying the Tenth Amendment to judicial and statist tyranny.

Police can celebrate gay pride on their cars, but not Christianity

Is It Ever Right for States to Disobey a Federal Court Ruling?