With a title like The Myth of a Christian Nation, one would think that the author would have spent more time on the nuances of how the phrase “Christian Nation” is used by scholars in the field. If you’re going to critique a concept, it’s necessary to deal with those who make the claim and define the phrase, which I do in America’s Christian History.1

Gregory A. Boyd does not do this. He defines “Christian Nation” to mean “‘Christ-like,’ and there never was a time when America as a nation has acted Christlike” (107). With such a narrow definition, then Israel could not be described as God’s chosen people because they didn’t always act like it.

Kirk Fordice, the former and late governor of Mississippi, said on a CNN interview, “The media always refer to the Jewish state of Israel. They talk about the Muslim country of Saudi Arabia, of Iran, or Iraq. We all talk about the Hindu nation of India. America is not a nothing country. It’s a Christian Country.”2 To be accurate, Boyd should have titled his book The Myth of a Christ-Like Nation, but even with this title he would not be telling the whole story.

Like so many who attempt to deal with this subject, Boyd is very selective in whom he quotes to support his claim. Instead of arguing the case himself, he appeals to Richard T. Hughes’ Myths America Lives By. Boyd should have made the argument himself using historical sources. Then there is his obligatory appeal to the 1797 Treaty with Tripoli which states that “the government of the United States of America is not, in any sense, founded on the Christian religion” (199, n. 13). Boyd does not explain the context of the phrase or why the 1805 treaty does not include it. The Treaty explains in the next sentence in what way the United States is not in any sense founded on the Christian religion. The phrase is qualified by the following phrase: “as it has in itself no character of enmity against the law, religion or tranquility of the Musselmen.” Even anti-theist Christopher Hitchens (1949–2011) admitted in his article “Jefferson Versus the Muslim Pirates” (2007) that the statement is often misused by critics of America’s Christian founding principles: “Of course, those secularists like myself who like to cite this Treaty must concede that its conciliatory language was part of America’s attempt to come to terms with Barbary demands.”3 Why doesn’t Boyd mention other treaties that are explicitly Christian? Let’s look at just two contrary opinions. There are many more. The first is the French sociologist Alexis de Tocqueville and his comments found in Democracy in America:

Each sect [in the United States] adores the Deity in its own peculiar manner, but all sects preach the same moral law in the name of God…. Moreover, all the sects of the United States are comprised within the great unity of Christianity, and Christian morality is everywhere the same. It may fairly be believed that a certain number of Americans pursue a peculiar form of worship from habit more than from conviction. In the United States the sovereign authority is religious, and consequently hypocrisy must be common; but there is no country in the world where the Christian religion retains a greater influence over the souls of men than in America.4

David J. Brewer, who served on the Supreme Court from 1889 through 1910, made the following observations in his 1905 book The United States: A Christian Nation:

“This republic is classified among the Christian nations of the world” (11).

“[W]e constantly speak of this republic as a Christian nation—in fact, as the leading Christian nation in the world. This popular use of the term certainly has significance. It is not a mere creation of the imagination. It is not a term of derision but has a substantial basis—one which justifies its use” (12).

“In no charter or constitution is there anything to even suggest that any other than the Christian is the religion of this country. In none of them is Mohammed or Confucius or Buddha in any manner noticed. In none of them is Judaism recognized other than by way of toleration of its special creed. While the separation of church and state is often affirmed, there is nowhere a repudiation of Christianity as one of the institutions as well as benedictions of society. In short, there is no charter or constitution that is either infidel, agnostic, or anti-Christian. Wherever there is a declaration in favor of any religion it is of the Christian” (31–32). 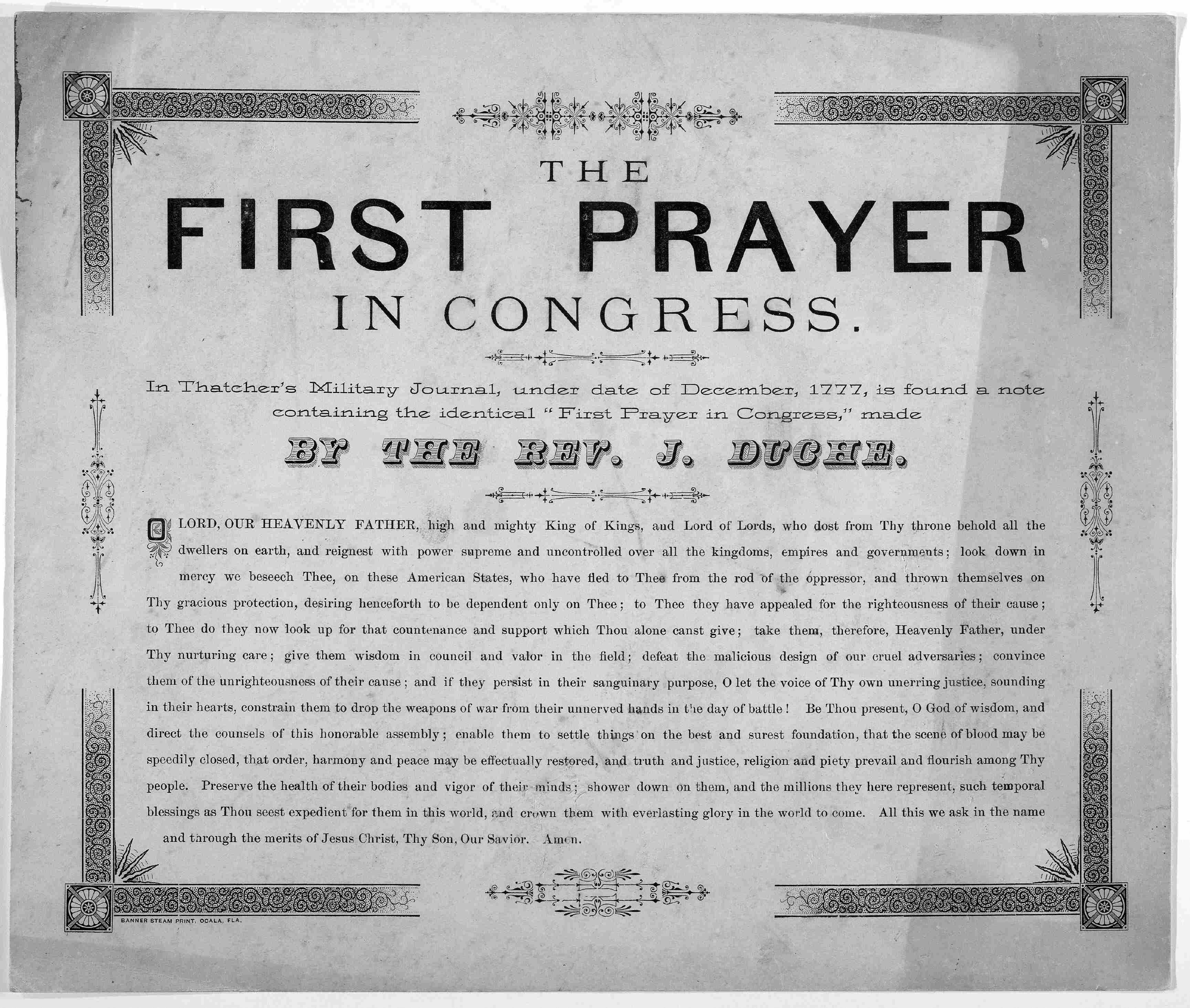 “You will have noticed that I have presented no doubtful facts. Nothing has been stated which is debatable. The quotations from charters are in the archives of the several States; the laws are on the statute books; judicial opinions are taken from the official reports; statistics from the census publications. In short, no evidence has been presented which is open to question” (39). “I could show how largely our laws and customs are based upon the laws of Moses and the teachings of Christ; how constantly the Bible is appealed to as the guide of life and the authority in questions of morals” (39).

New Book: 'The Rapture and the Fig Tree Generation'

How Did Nothingness Program DNA?