How many times have scientists brought up the Galileo Affair as an example of how scientists have been persecuted because of a disagreement over ideology? every school textbook has at least a few pages on how Galileo challenged the “settled science” of the day. He is a science saint.

How times have changed. To question any element of the theory of evolution (spontaneous generation), the claim that same-sex sexuality is contrary to biology, that abortion does not kill a human being, or that man-made “climate change” is “settle science” will get you ostracized from the scientific community.

“Philippe Verdier, weather chief at France Télévisions, the country’s state broadcaster, has been taken off the air after releasing his book Climat Investigation (Climate Investigation).

“In the book Mr Verdier accuses leading climatologists and political leaders of having ‘taken the world hostage’ with misleading data.

“’We are hostage to a planetary scandal over climate change – a war machine whose aim is to keep us in fear.’

According to Mr Verdier, top climate scientists have been ‘manipulated and politicised.'”

These top climate scientists have been manipulated because they “rely on state funding.”

“A well-known climate change doubter almost made it to a key Vatican summit on the issue before his invitation to attend was withdrawn at the last minute. . .

“French writer Philippe de Larminat — who believes that solar activity rather than greenhouse gases are causing global warning — had been keen to get a place at the Vatican-sponsored event in April [2015].

“After he obtained a meeting with officials at the Vatican, Mr de Larminat was told that he could attend the summit, space-permitting — and booked a plane ticket from Paris to Rome.

“But five days before the event, he received an email claiming there was no space left — which arrived after other scientists said that he should not attend, reported The Washington Post.

“Speaking to journalists Anthony Faiola and Chris Mooney, Mr de Larminat told the newspaper: ‘They did not want to hear an off note.’” (H/T: Daily Mail)

These two men are in good scientific company.

“‘It’s very sad that in this country, political opinion parted [people’s views on climate change],’ he said, in an interview with The Register. ‘I’m 100 percent Democrat myself, and I like Obama. But he took the wrong side on this issue, and the Republicans took the right side.'”

Dyson was a professor of physics at the Institute for Advanced Study in Princeton between 1953 and 1994.

It’s never been about the science, just like the Galileo Affair was not about the science. In both cases, the majority of scientists wanted access to the prevailing power base and the prestige and money that came with it. 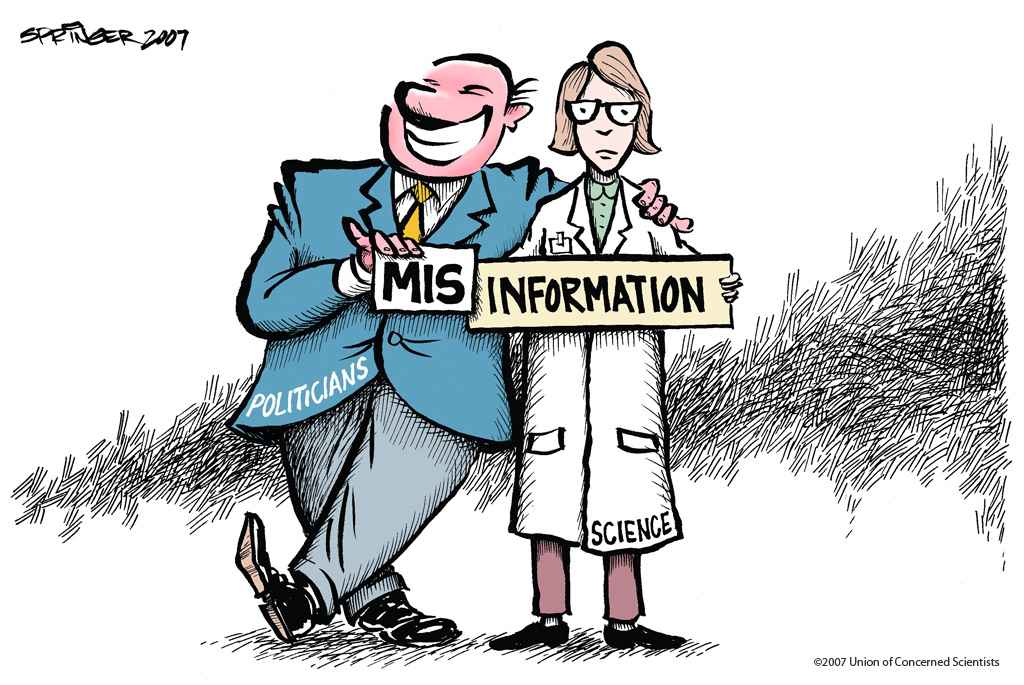 “George Mason University climatologist Jagadish Shukla and 19 other scientists signed a letter on Sept. 1 urging lawsuits against companies like Exxon for, the petitioners claim, intentionally misleading about climate change. They say the federal government could sue using ‘RICO’ laws originally designed to prosecute the mob, and Sen. Sheldon Whitehouse, D-R.I., has also backed the idea.”

Guess what? His family reaped $500,000 in salary and benefits last year from “The Institute of Global Environment and Society – a group that gets 90 percent of its revenue from government grants. His wife also received $166,000 in compensation from the group over the same period.”

Since its operation in 1991, “total payments from the group to the Shuklas since 2001 (the most recent year records are available) amount to $5.6 million, according to an analysis of old returns by the Free Beacon.”