The following story is getting some traction. I suspect there are other stories like this about which parents never hear a thing. They don’t know what their children are being taught or what they’re not being taught.

“Cassidy Vines recently began noticing a change in her daughter’s behavior. The kindergartener began to ‘snap’ at her mother when she tried correcting the little girl’s homework.  ‘She told me that I was her mommy, not her teacher.'”

Cassidy asked her daughter,  “Is somebody telling you this at school?”

“She said, ‘Yes, I’m only allowed to learn from my teacher,'” Vines remarked.

There you have it. It doesn’t matter what you and I know and can find out on our own; it’s only what government-trained, and government-paid teachers are required to teach over any knowledge parents might have.

There are many teachers who want to be good teachers but are not allowed to teach anything but what the curriculum dictates.

If you ever sat through a college history class or even a high school history class, you will most likely be taught that there was a period called the “Dark Ages,” and it was all blamed on evil and ignorant Christians.

Nothing could be further from the truth, but in many cases there is no other view being taught. Art, science, architecture, music, literature, and so much more developed during the period that too many historians describe as “dark.”

The Enlightenment did not burst on the scene fully formed. There was a long development of progress preceding the area of a so-called enlightenment.

Watch this short video by Providence College Professor of English, Anthony Esolen, who demonstrates why the “Dark Ages” would be better described as the “Brilliant Ages.”

While you’re at it, take a look at Rodney Stark’s book How the West Won: The Neglected Story of the Triumph of Modernity. 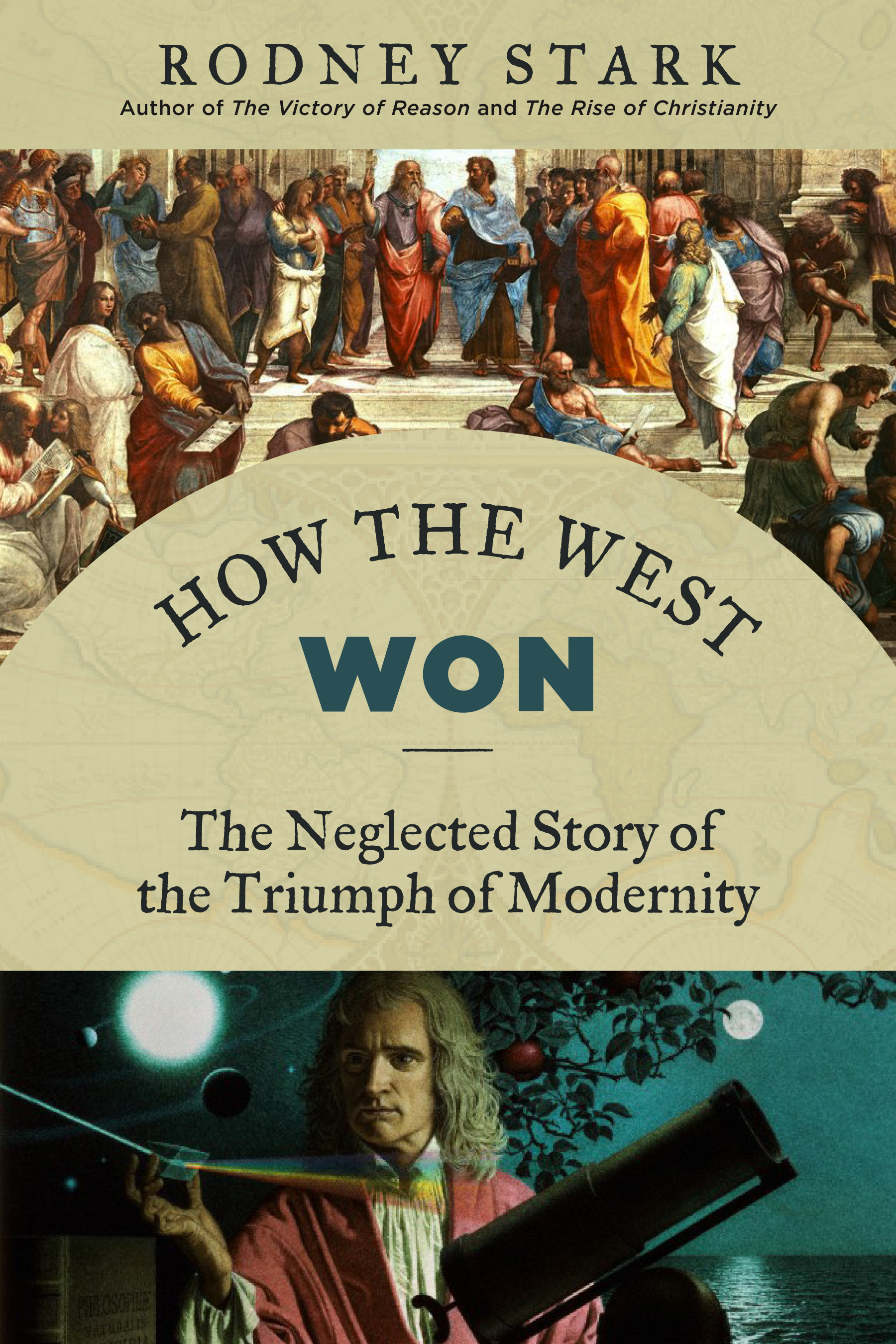 The perception that there has always been a war between religion and science is of recent vintage. The myth finds its most formal statement in the nineteenth-century works of John William Draper’s History of the Conflict between Religion and Science (1874) and Andrew Dickson White’s History of the Warfare of Science with Theology in Christendom (1896).

White introduces his work with the claim that he is ‘letting the light of historical truth into the decaying mass of outworn thought which attaches the modern world to medieval conceptions of Christianity and which lingers among us—a most serious barrier to religion and morals, and a menace to the whole normal evolution of society.” 2

Tom Shachtman writes in his book Gentlemen Scientists and Revolutionaries: The Founding Fathers in the Age of Enlightenment (2014):

“It is also important to note that the Founding Fathers’ science was in no way opposite their religion. The notion that science and religion were antithetical is a nineteen-century construct” falsely popularized by Draper and White. “To split the Founders’ religious beliefs from their scientific ones creates a schism that did not exist in the Founding Fathers’ time. The Founders saw and felt no space between their faith in science and their faith in a Deity.”

And what did Cassidy Vines do? She took her child out of the government school and is teaching her at home. There are many educational opportunities available to parents these days that avoid the government education gatekeepers.

Is the Rise in Natural Disasters a Sign that the 'End Times' are Upon Us?