Go on most college campuses, and you will find a nearly closed system. The Free Speech Movement of the 1960s has become the “No Speech But Approved Speech Movement” of the 21st century.

There are now “speech codes” and designated “free speech zones” on many university campuses.

The people clamoring for free speech in the 1960s used the Free Speech narrative to force open the door to the establishment, and once inside, closed the door behind them. The goal was to gain power so they could keep competing worldviews at bay and shut off all debate. They were immensely successful.

Today’s “Progressives” have followed in the footsteps of their “Free Speech” predecessors. All contrary speech must be attacked as “hate speech,” “homophobia,” “climate change denial,” or a “war on women.”

Try saying “All Lives Matter.” You will be labeled a racist. In fact, if you’re not black, there is nothing you can say on the topic of race because of “white privilege.” 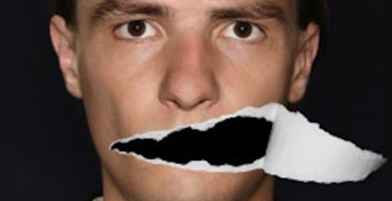 “Planned Parenthood paid some of its supporters who threw condoms at GOP presidential candidate Carly Fiorina and at her supporters during an Iowa Hawkeye tailgate on Saturday.

“The payments were briefly mentioned in a story by the New York Times. ‘On Saturday, women wearing pink, some of whom were paid by Planned Parenthood, protested Mrs. Fiorina at a campaign appearance in Iowa, throwing condoms and chanting, “Women are watching, and we vote,”’ reported the New York Times.”

The goal was intimidation.

I wouldn’t be surprised if the part of a stage that collapsed while Carly Fiorina was addressing a crowd at the National Association of Women Business Owners in San Antonio had been sabotaged by some of these same paid Planned Parenthood operatives. If these people are willing to kill unborn babies and sell their body parts, why would we be surprised if some of them tried to bring the curtains down around an outspoken opponent of Planned Parenthood?