Can You Guess Who Some People are Thanking on Thanksgiving?

Who or what are some people thanking on Thanksgiving? A sign at an elementary school caught my attention. It read, “Bless America.” The question that came to mind was, “Who or what are they calling on to bless America?” Even with the unabashed call for God to bless America, there is no specific God in mind. Is it Aristotle’s “Unmoved Mover”? How about Jefferson’s absentee landlord god?

What are children told about Thanksgiving in our nation’s government (public) schools? Ancient fish that evolutionists claim are our grandmothers? “Grandmother Fish is the first book to teach evolution to preschoolers.” Are children to thank the molecules that sprung into existence and evolved from “the primal goo to you”? 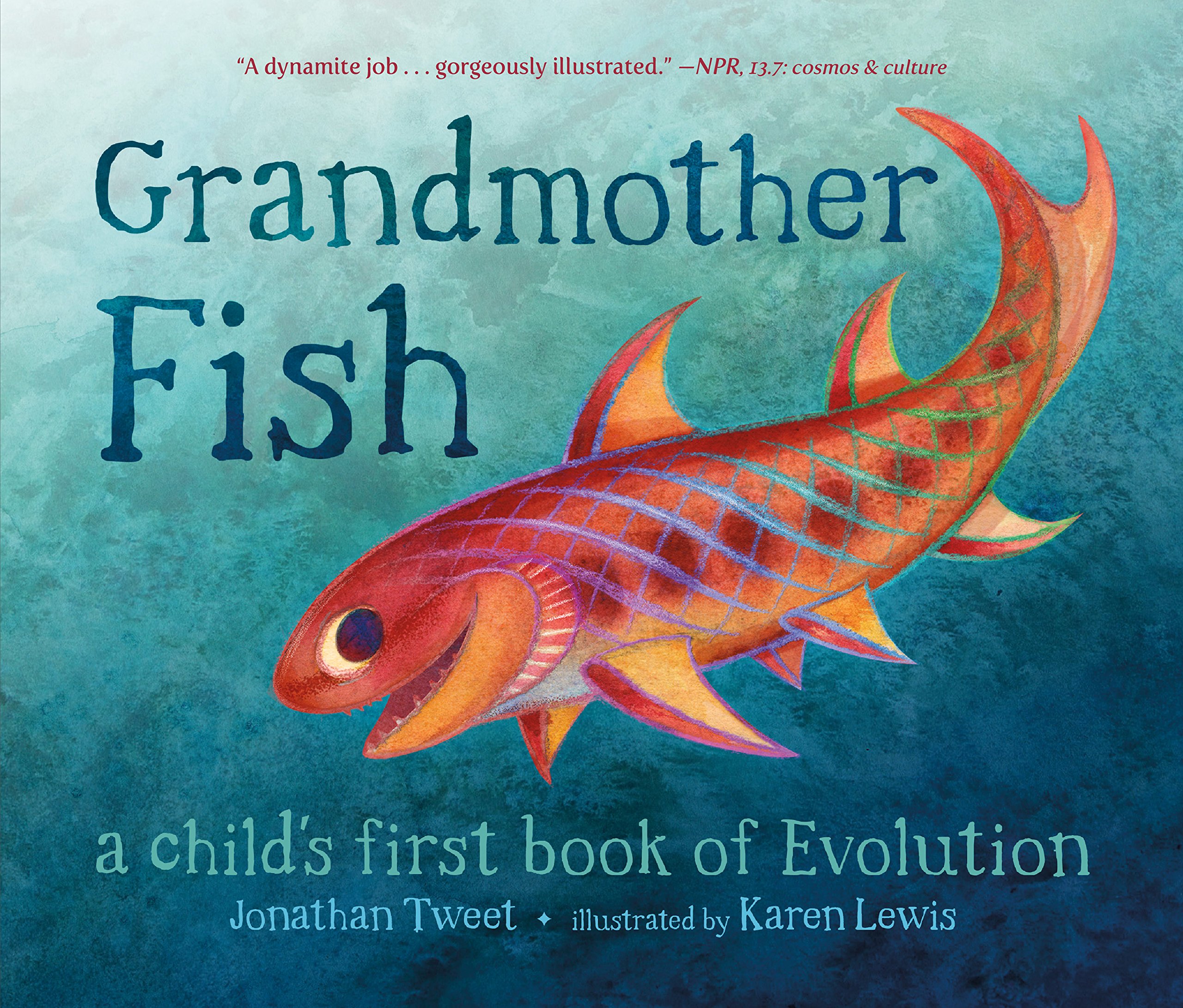 Grove City College Professor Paul Kengor recalls a conversation he “had with a friend who works in the children’s section at Barnes & Noble” and “regularly briefs [him] on the latest political correctness and rank secularism pervading today’s books.”

She told him that in all the books on Thanksgiving, only one mentioned that God was the one being thanked.

“Thankful for what?” Kengor asked.

In 1777, Congress issued a proclamation for a day of thanksgiving. A day was to be set aside for “solemn thanksgiving and praise.” The proclamation called upon all citizens to “join the penitent confession of their manifold sins,” and to offer “their humble and earnest supplication that it may please God through the merits of Jesus Christ, mercifully to forgive and blot them out of remembrance.”

On Thursday, September 24, 1789, the first House of Representatives voted to recommend–in its exact wording–the First Amendment of the newly drafted Constitution to the states for ratification. The next day, Congressman Elias Boudinot from New Jersey proposed that the House and Senate jointly request of President Washington to proclaim a day of thanksgiving for “the many signal favors of Almighty God.” Boudinot said that he “could not think of letting the session pass over without offering an opportunity to all the citizens of the United States of joining, with one voice, in returning to Almighty God their sincere thanks for the many blessings he had poured down upon them.”1

Roger Sherman spoke in favor of the proposal by reminding his colleagues that the practice of thanksgiving is “warranted by a number of precedents in holy writ [the Bible]: for instance, the solemn thanksgivings and rejoicings which took place in the time of Solomon, after the building of the temple…. This example, he thought, worthy of Christian imitation on the present occasion.”2

George Washington stated, “it is the duty of all nations to acknowledge the providence of Almighty God, to obey His will, to be grateful for His benefits, and humbly to implore His protection and favor.” He went on in his Thanksgiving Proclamation of October 3, 1789 to write, that as a nation “we may then unite in most humbly offering our prayers and supplications to the great Lord and Ruler of Nations, and beseech Him to pardon our national and other transgressions.”3

A People Full of Thanksgiving

The colonists of another era were aware of the many instances of thanksgiving celebrations found in “holy writ.” Thanksgiving, as it was practiced by the colonists, was a religious celebration that shared the sentiments of their biblical descendants, giving thanks to God for His faithful provision even in times of want. For these faithful people, giving thanks to God came naturally. “Twice en route the passengers [aboard the Mayflower] participated in a fast, and once (two days after sounding ground beneath the Arabella) a ‘thanksgiving.’ When the sailing season ended with all ships accounted for, ‘we had a day of thanksgiving in all the plantations.’”4

There are numerous claims to the first official Thanksgiving celebrated in the New World. One of the earliest recorded festivals occurred a half century before the Pilgrims landed at Plymouth. “A small colony of French Huguenots established a settlement near present‑day Jacksonville, Florida. On June 30, 1564, their leader, René de Laudonnière, recorded that ‘We sang a psalm of Thanksgiving unto God, beseeching Him that it would please Him to continue His accustomed goodness towards us.’”5

In 1610, after a hard winter called “the starving time,” the colonists at Jamestown called for a time of thanksgiving. This was after the original company of 409 colonists had been reduced to 60 survivors. Extreme hardship did not deter the survivors from turning to God in thanksgiving. The colonists prayed for help that finally arrived by a ship filled with food and supplies from England. They held a prayer service to give thanks.

This Thanksgiving celebration was not commemorated formally on a yearly basis. An annual commemoration of thanksgiving came nine years later in another part of Virginia. “On December 4, 1619, 38 colonists landed at a place they called Berkeley Hundred [in Virginia]. ‘We ordain,’ read an instruction in their charter, ‘that the day of our ship’s arrival . . . in the land of Virginia shall be yearly and perpetually kept holy as a day of Thanksgiving to Almighty God.’”6

Edward Winslow, in his important chronicle of the history of the Plymouth colony, reports the following eyewitness account of the colony’s thanksgiving celebration:

Our harvest being gotten in, our governor sent four men on fowling, that so we might, after a special manner, rejoice together after we had gathered the fruit of our labors. They four in one day killed as much fowl as, with a little help beside, served the company almost a week. At which time, among other recreations, we exercised our arms, many of the Indians coming among us, and among the rest their greatest king, Massasoit, with some ninety men, whom for three days we entertained and feasted; and they went out and killed five deer, which they brought to the plantation, and bestowed on our governor, and upon the captain and others. And although it be not always so plentiful as it was at this time with us, yet by the goodness of God we are so far from want, that we often wish you partakers of our plenty.7

While none of these Thanksgiving celebrations was an official national pronouncement (no nation existed at the time), they do support the claim that the celebrations were religious and specifically Christian in their origin and purpose. “Thanksgiving began as a holy day, created by a community of God‑fearing Puritans sincere in their desire to set aside one day each year especially to thank the Lord for His many blessings. The day they chose, coming after the harvest at a time of year when farm work was light, fit the natural rhythm of rural life.”8

The chain of times set apart for giving thanks was not even broken during a time of war. Thanksgiving was joined with a spirit of repentance. On October 3, 1863, Abraham Lincoln declared that the last Thursday of November 1863 would be set aside as a nationwide celebration of thanksgiving. His proclamation stated:

No human counsel hath devised, nor hath any mortal hand worked out these great things. They are the gracious gifts of the most high God, who, while dealing with us in anger for our sins, hath nevertheless remembered mercy.… I do, therefore, invite my fellow citizens in every part of the United States, and those who are sojourning in foreign lands, to set apart and observe the last Thursday in November next as a day of Thanksgiving and praise to our beneficent father who dwelleth in heaven.

Beginning with Lincoln, United States’ Presidents proclaimed that the last Thursday in November would be set aside for a National Day of Thanksgiving. Franklin D. Roosevelt changed the celebration to the fourth Thursday in November “to give more shopping time between Thanksgiving and Christmas.”9 Ever since this pragmatic and commercial approach to Thanksgiving was promoted, its original meaning has steadily been lost.

The erosion of the original intent of Thanksgiving as it was practiced by the colonists and sanctioned by presidents and Congress, can best be illustrated by the way some textbooks handle the subject. One elementary school social studies book has thirty pages of material “on the Pilgrims, including the first Thanksgiving. But there is not one word (or image) that referred to religion as even a part of the Pilgrims’ life. One mother whose son is in a class using this book wrote . . . that he came home and told her that ‘Thanksgiving was when the Pilgrims gave thanks to the Indians.’ The principal responded by saying ‘that was her opinion’ — the schools could only teach what was in the books!”10

There is no doubt that these early Christian settlers thanked the Indians for their generosity in supplying venison to supplement the Pilgrims’ meager Thanksgiving rations of parsnips, carrots, turnips, onions, radishes, and beets from their household gardens. As the historical record shows, however, giving thanks was ultimately made to the God of the Bible. “Governor Bradford, with one eye on divine Providence, proclaimed a day of thanksgiving to God, and with the other eye on the local political situation, extended an invitation to neighboring Indians to share in the harvest feast. . . . This ‘first Thanksgiving’ was a feast called to suit the needs of the hour, which were to celebrate the harvest, thank the Lord for His goodness, and regale and impress the Indians.”11

Early celebrations of thanksgiving were expressions of deep gratitude to God for life itself. Many who partook of the bounty from God’s creation set before them were thankful just to be alive. How times have changed in America.

Today, millions of Americans are taught to thank the government for everything. A Tim Hawkins classic:

The Bizarre Connection Between Charles Manson and Barack Obama

Net neutrality: are you a Socialist and you don't know it?

Can You Guess Who Some People are Thanking on Thanksgiving?