Cleveland Democrat Bill Patmon is black. The following is from his speech at an Ohio Right to Life rally announcing his co-sponsorship of a bill to defund Planned Parenthood in Ohio.

For Rep. Bill Patmon, black lives matter, even those in the womb. The following is from Breitbart:

I wrote a speech, but I don’t think I’m going to do that. I’m just going to tell you my whole story.

As I became more aware of this, I began to reflect on my own life. Mother, eighth-grade education, here from Georgia, looking for a way to get things done.

She would have been a prime candidate for “Planned Familyhood.” She would have been “just what we’re looking for.” Not much education, a desire to succeed, and being told that it, “you can do this later. Let’s get rid of this one.”

And as I said, I started to look around, and many times I’m caught in close counsel with many of the folks on this stage who are called “conservatives.” They’re not “conservatives.” They are merely Americans who want a better way for Ohio and the country. And there is no brand name for that. You either love this country, you love this state, and that’s your party, and that’s my party.

Now let’s get to the business of what really kind of gets me going, if you will.

“What business is it of yours, Mr. Patmon, that 56 million unborn” — It is my business, especially when 17 million of them (abortions are done on) black women, 17 million, more than any other population, 17 million that look and act and talk and are similar to myself. But even more than that, they’re Americans and they’re human beings!

So, you say, “Well you talk good, you make a lot of noise. Whatcha going to do?”

No, not when 5,499 abortions are in Cuyahoga County, which I happen to represent, and 63 percent of them (are done on) black women. 63 percent of them are of a certain hue in their skin. And I would say that’s just kind of unheard of. 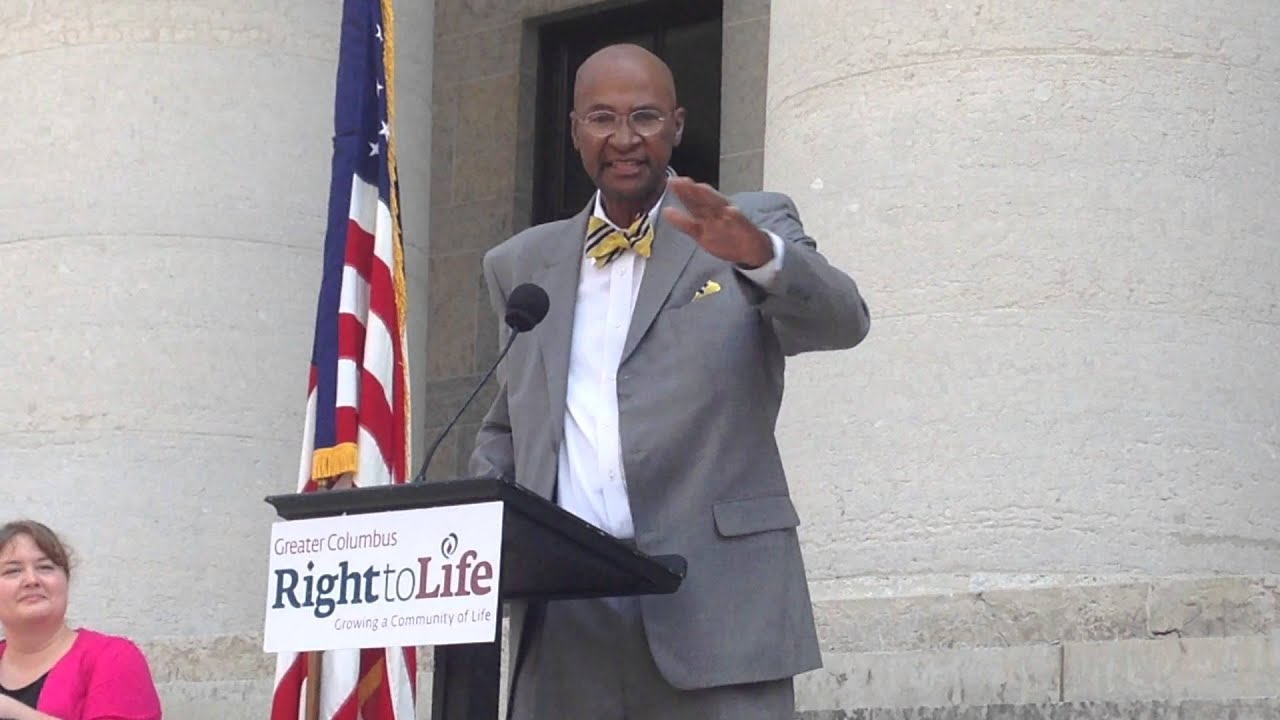 So I tell you like I told some people some 12 years ago, when I was excused from Cleveland City Council. You may excuse me, and you may carry me out on my shield. But it will be for the right reason, for the Lord is my shepherd. Thank you.

To read the entire article about the coverage of Bill Patmon’s speech, go to Breitbart.

Atheists Get Slapped Down in Pennsylvania Ten Commandments Case