Will the ‘Rapture’ Happen on April 23rd? Here’s How I Deal With Prophetic Date Setters

According to David Meade, a self-professed ‘Christian numerologist,’ on April 23, 2018, the “rapture” of the church will take place. He bases his claim on an astrological sign that he says is found in the Bible. The sun and moon will be in Virgo, as will Jupiter, which he says represents the Messiah. He assures us that it’s all found in Revelation 12:1-2.

A great sign appeared in heaven: a woman clothed with the sun, and the moon under her feet, and on her head a crown of twelve stars; and she was with child; and she cried out, being in labor and in pain to give birth.

According to Meade, the woman is Virgo, the virgin, and “the alignment represents ‘the Lion of the tribe of Judah,’ marking the Rapture, the belief that Christ will bring the faithful into paradise prior to a period of tribulation on earth that precedes the end of time.”

Some of you who follow this kind of stuff might conclude that this sounds familiar. It should.

Pat Robertson saw prophetic significance in the Hale-Bopp comet that could be seen with the naked eye in 1997, “one of the few times in recorded history that a comet’s appearance coincided with a lunar eclipse.” He claimed there might be something to the fact that “three recent eclipses of the moon have coincided with Jewish feasts.”

Following research done by Greg Killian, Robertson reported that “a Bible passage from Revelation may be playing out in the heavens.” Killian maintains “that in Jewish tradition, the new moon represents the Messiah. Since last fall, the moon’s path has intersected the constellation Virgo (which depicts a woman) in a way similar to what is described in Revelation 12:1–2.”

Following Killian, Robertson conjectured that “this scenario will culminate in 1999, when the moon moves across Virgo in a position that depicts a baby moving through the birth canal. Could this convergence be a prophetic fulfillment of that passage, pointing to the Messiah’s soon return.” After speculating about what the heavens reveal, Robertson closed with the obligatory, “We must remember that no man knows the day or the hour….”1 Still peering over the prophetic edge, he then reminded his readers that Jesus instructed us to look to the skies for ‘signs’ (Luke 21:25).”2

There’s so much wrong with this type of prophetic speculative nonsense that I don’t know where to begin. The easiest way to expose these prophetic charlatans is to put their dogmatism to the test:

If you are certain of your April 23rd prediction that the church will be taken off the earth in a “rapture” to be followed by a period of Great Tribulation, then I have a legally binding contract that states that on April 24, 2018, all your possessions will revert to me.

Will you be willing to sign it? Put your money where your prophetic speculation is.

I’ve taken this approach several times with people like David Meade. I’ve never had anyone take me up on my offer.

There’s a lot of theology wrapped up in Revelation 12. It’s obvious by a careful reading of Revelation that the events described therein were to “soon take place” (1:1) “because the time is near” (1:3). Near for the first readers. The last chapter of Revelation reads like the first chapter:

The coming of Jesus mentioned in Revelation is a coming in judgment against first-century Jerusalem. Jesus gives a similar prophetic description in Matthew 24: “And He said to them, ‘Do you not see all these things? Truly I say to you, not one stone here will be left upon another, which will not be torn down” (v. 2). When did this happen? Before their generation passed away: “Truly I say to you, this generation will not pass away until all these things take place” (24:34).

There’s no need for me to discuss the details of this interpretation at this time. You can read my study of the Olivet Discourse in my book Wars and Rumors of Wars. For a shortened study of the same topic, see my book Is Jesus Coming Soon?

The theology found in the images of Revelation 12 is found in the Bible, not the stars. Heavenly bodies had significance for people of the ancient world, even power over lives and nations, but they had no authority or power in God’s Revelation about them. They are inanimate objects that are used for signs and seasons. They don’t have extraterrestrial or terrestrial powers over anyone or anything. Astrology is a false ideology:

God specifies astrologers as among those who will be burned as stubble in God’s judgment (Isaiah 47:13-14). Astrology as a form of divination is expressly forbidden in Scripture (Deuteronomy 18:10-14). God forbade the children of Israel to worship or serve the “host of heaven” (Deuteronomy 4:19). Several times in their history, however, Israel fell into that very sin (2 Kings 17:16 is one example). Their worship of the stars brought God’s judgment each time.

Israel is represented symbolically by sun, moon, and stars (Gen. 37:7). This is not unusual since God often uses His creation to symbolize something by analogy (e.g., Gen. 22:17). The woman clothed with the sun, standing on the moon, with a crown of 12 stars is not an astrological sign. In a way, it’s a denouncement of what the pagan world believed, that their lives were governed by inanimate objects and false gods. Astrologically, the sun, moon, and stars cannot impart life. But God’s redemptive plan can and does in the person of Jesus Christ. 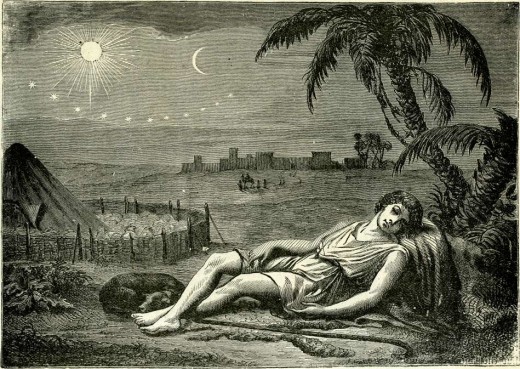 Revelation 12 is a symbolic depiction of what God has done. All attempts to obstruct God’s redemptive plan have failed and will fail. Not even a red dragon can displace what God has decreed and accomplished.

The time is long past for Christians to get off the end-time speculation wagon. Not only is it unbiblical, but it’s also destructive personally and culturally. While Christians focus on the end times, the enemies of Jesus Christ go about their nefarious business to bring ruin on our world.

Is It Racist to Say that Facebook's user Agreement Is So Difficult to Read It Might as Well be Written in Swahili?

Democrat Senator Asks if ‘Gay Sex is a Perversion’

Will the ‘Rapture’ Happen on April 23rd? Here’s How I Deal With Prophetic Date Setters