Joan Rivers stepped into it big time. She said that President Obama is Gay and Michelle is Transgender.

A cameraman asked Joan Rivers if the United States will ever elect a gay president or a woman president.

Rivers, never known for tact since it’s part of her comedic shtick, said what many people are claiming is way out of bounds, even for someone like Rivers:

“’We already have it with Obama [that he’s gay], so let’s just calm down.’

“But she didn’t stop there: It’s what she said next that’s caused particular outrage.

“As Rivers continued walking past, she turned her head and added, ‘You know Michelle is a tranny.’

“The cameraman responded, ‘I’m sorry, she’s a what?’

“’A transgender. We all know,’ Rivers said as she walked toward a building.”

So what if President Obama is a homosexual. What does it matter to liberals who believe same-sexuality is a gift from God? They should be praising Joan Rivers.

If gay is so good and equal to heterosexuality, then what does it matter to the Left that Obama is gay? According to Leftist poll numbers, most Americans believe that being gay is no big deal. They wouldn’t mind one bit that their children grew up to have sex with and marry someone of the same sex, at least that’s what we’re being told.

I thought gay was OK. Burger King said so with its gay Whopper. There are gay pride parades in every major US city. “I’m out and proud,” they say.

The Supreme and renegade judges are forcing all of us to say that gay is good. In fact, if you don’t agree that gay is OK, you can be fined and fired.

It seems to me that Joan Rivers did the entire homosexual community a big favor. The President, according to Joan Rivers, is gay. You would think that the gaysters would be dancing naked in the streets celebrating the fact that one of their own hit the political big time.

What about Michelle being transgender? The June 9, 2014 issue of TIME magazine ran an article with the title “The Transgender Tipping Point: The Next Civil Rights Frontier” and put transgender Laverne Cox on the cover.

“The cover features a full-length portrait of the actress in a blue dress and comes on the heels of the magazine excluding her from its annual list of 100 most influential people, which came with its own controversy, and also makes her the first transgender person to land on its glossy front page.” 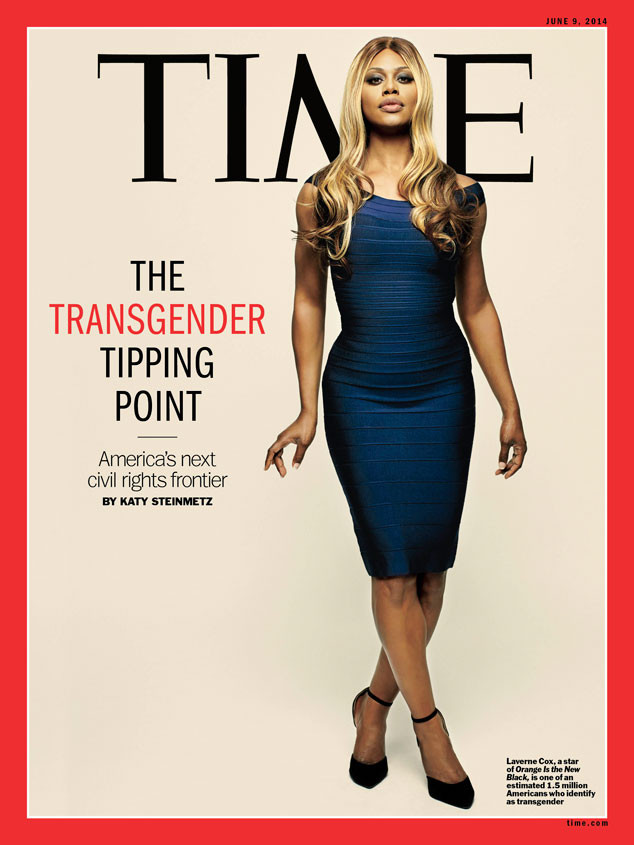 Can you believe it? Excluding a man who makes himself out to be a woman did not make the 100 most influential people list. The nation should be outraged!

This is from the very pro-homosexual magazine the Advocate:

“Conservatives have long made jokes insinuating that the first lady is actually a transgender woman, but it’s not often that a liberal-minded comedian — let alone one who credits much of her success to her devoted LGBT fan base — make this type of uninspired joke.”

You would think that the homosexuals and transgendered people at the Advocate would be proud of what Joan Rivers said. She brought real visibility to their cause.

Rivers has ridiculed every group and lifestyle from the day she appeared on the Johnny Carson Show. It’s only when she seemingly made a derogatory comment about homosexuals and transgenders that the Left gets upset with her.

It remains to be seen if Joan Rivers will repent and be required to go to reparative therapy to get her mind right.