The Left is in a perpetual state of rage. The latest incident that’s upsetting the perpetually offended is a comment that Pres. Trump made about the vicious MS-13 gangs. The President has described them as “animals” at least nine times since 2017. What’s changed? The Democrats are getting even more desperate since news stories are reporting that there way not be a blue wave in November, the Stormy Daniels story has become a political zephyr, and the Russian collusion story is a fraud.

“We have people coming into the country, or trying to come in, we’re stopping a lot of them, but we’re taking people out of the country, you wouldn’t believe how bad these people are,” Trump said during a meeting with California officials who oppose the state’s “sanctuary city” laws.

“These aren’t people. These are animals, and we’re taking them out of the country at a rate that’s never happened before,” Trump added.

Democrats and their sycophant supporters claim that Trump was referring to any and all immigrants. This is patently false, as any rational person knows and his past comments on the same subject show. Here’s what Kathy Griffin, the person who held up a severed and bloody head of Pres. Trump for all to see, tweeted:

No, he doesn’t mean all immigrants.

CNN political contributor Ana Navarro said that Trump calling members of the murderous MS-13 gang “animals” is like what what Nazis and slave owners did. “It is a very slippery slope when you start dehumanizing people this way,” Narvarro continued. “It’s what the Nazis did. It’s what slave owners did. It’s not what Americans do.” Then why did Navarro call Trump an “animal” in 2016?

The following story is a description of what members of the MS-13 gang have done:

The four young men who were hacked to death in a New York park in April [2017] were lured there by two women associated with the vicious MS-13 street gang, and ambushed by more than a dozen gang members armed with wooden clubs and machetes who engaged in “a horrific frenzy of violence,” according to court documents obtained Wednesday by Fox News.

The new details were released … as part of an indictment charging three of the street gang’s alleged members — Alexis Hernandez, Santis Leonel Ortiz-Flores and Omar Antonio Villata — with the April 11 deaths of the four men…. Prosecutors say when the women brought the men to the park, they then sent a text message of their location to other gang members who were “waiting to attack.”

These people who are criticizing Trump for describing these gang members as “animals” are the same people who support the killing of unborn babies. Again, what animal kills her own offspring?

In the opening scene of The Godfather, Amerigo Bonasera, a patriotic and loyal Italian American, tells Don Corleone how he and his wife sat in a New York Criminal Courtroom and watched as the two men who attacked their daughter were denied justice. The following are the opening paragraphs from the book:

Amerigo Bonasera sat in New York Criminal Court Number 3 and waited for justice; vengeance on the men who had so cruelly hurt his daughter, who had tried to dishonor her.

The judge, a formidably heavy-featured man, rolled up the sleeves of his black robe as if to physically chastise the two young men standing before the bench. His face was cold with majestic contempt. But there was something false in all this that Amerigo Bonasera sensed but did not yet understand.

The judge went on. “You acted like wild beasts in a jungle and you are fortunate you did not sexually molest that poor girl or I’d put you behind bars for twenty years.”

Describing violent beast-like behavior as animalistic is not unusual or inappropriate given the nature of certain crimes. Even the Bible describes evil people and nations as “beasts.”

One of themselves, a prophet of their own, said, “Cretans are always liars, evil beasts, lazy gluttons” (Titus 1:12).

Such a general statement does not mean every Cretan is as described (Acts 2:11). Paul described some of his fellow Jews as “dogs” (Phil. 3:2).

God judged Nebuchadnezzar by making him live like an animal even though He was created in the image of God (Dan. 4:28-37). 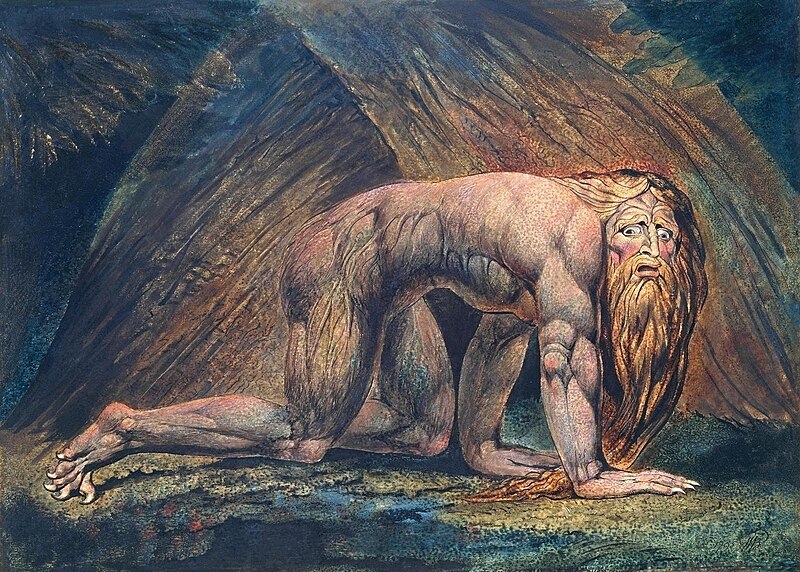 Then there’s pro-abortion Nancy Pelosi who said, “we’re all God’s children…. There’s a spark of divinity in every person on Earth and that we all have to recognize that as we respect the dignity and worth of every person,” she added, “and as we recognize our responsibilities with that spark of divinity within us.” Unborn babies don’t count. What will her many atheist supporters think of her comments?

Don’t you just love it when liberals start quoting the Bible approvingly? It was Jesus who described the “false prophets” of His day as “ravenous wolves” (Matt 7:15; see Acts 20:29: “savage wolves”) and murderous King Herod as “that fox” (Luke 13:32). Then there’s this from Jesus:

Nebuchadnezzars, Cretans, dogs, and even wolves can be redeemed from their animalistic ways through the redemptive work of the death and resurrection of Jesus. The Apostle Paul was a murderer and persecutor of Christians, but he was redeemed. Sometimes a person has to hit rock bottom before he sees the light. An old Amish proverb says, “In order to mold his people, God often has to melt them.” There is no such melting in a world devoid of the cross.

Here’s one more thing to keep in mind. Modern-day science claims, without allowing for debate, that humans (homo sapiens) are evolved animals. So John Harwood‘s comment that “however repugnant their actions, MS-13 gang members are human beings IMHO” is irrelevant. From a biological perspective, “Humans are classified as animals. The human’s phylum is Chordata (vertebrate). The human’s class is Mammalia. Its order is primate (the same as apes). Its family is Hominidae (apes that have no tail and can gather food with their hands.) The Human’s sub-family is Homininae. Its tribe is Hominini. Its genus is Homo and its species is scientifically named Homo Sapiens.”

Our common ancestor is a warm chemical pond from which the science of the day says we have evolved into what we are today. The “Bloodhound Gang” got it right:

You and me baby ain’t nothin’ but mammals
So let’s do it like they do on the Discovery Channel.

“The difficulty is,” James Rachels writes in his book Created From Animals, “that Darwinism leaves us with fewer resources from which to construct an account of the value of life.”

Many young people today do not value based on scientific grounds. They’ve been told that we’re evolved animals, so what ultimate law is there that says we can’t act like animals.

Barbara Reynolds, a former columnist for USA Today, writes about the effect of evolutionary dogmatism in our nation’s schools:

Prohibiting the teaching of creationism in favor of evolution creates an atheistic, belligerent tone that might explain why our kids sometimes perform like Godzilla instead of children made in the image of God.

While evolution teaches that we are accidents or freaks of nature, creationism shows humankind as the offspring of a divine Creator. There are rules to follow which govern not only our time on Earth, but also our afterlife.

If evolution is forced on our kids, we shouldn’t be perplexed when they beat on their chests or, worse yet, beat on each other and their teachers.1

The Left doesn’t have a fixed moral foundation by which to determine what’s animalistic or not because its worldview is materialistic, a dog-eat-dog worldview whose evolutionary origin is “red in tooth and claw.” These MS-13 gang members are only being consistent with the evolutionary worldview.