VeggieTales Said to be ‘Racist.’ I See a Bigger Problem

Like clockwork, the Social Justice Warriors have identified another racist perpetrator. This time it’s VeggieTales:

The “VeggieTales” cartoon franchise, which began in 1993 and includes a television show and multiple films, was created with the intent of teaching Christian morals to children with the help of “talking” vegetables — and now some have deemed the show problematic.

The new narrative some are pushing is that the show spreads hate for minorities.

That is the argument, at least, that some students made at Cal State San Marco’s “Whiteness Forum” last week, as The College Fix and other outlets reported.

Sure, the main characters on the show are Bob the Tomato, who is red, and Larry the Cucumber, who is green, and a handful of other colorful vegetables — but that does not negate the problem, these students argued.

These young people noted that villains on the show tend to be vegetables of color.

Although every vegetable has a color, one group project displayed at the event insisted the villains tend to have ethnic accents — while the main cast sounds “white.”

“When kids see the good white character triumph over the bad person of color character, they are taught that white is right and minorities are the source of evil,” the student project declared.

This logic seems to misconstrue the actual focus and intent of the show.

Conflict in the episodes often occurs during re-enactments of the Bible. (LifeZette)

I’ll let the SJWs fight it out. My beef with VeggieTales goes back a long way. The last sentence in the above quotation is where my criticism comes from — the episodes are “re-enactments of the Bible.”

VeggieTalers see the animated vegetables (fruits and legumes not to be excluded) as a way to compete with the gee-whiz graphics found in Nintendo, Game Boy, Play Station 2, Xbox, and razzle-dazzle movie special effects. The stuff is clever and fun to watch. The tunes are catchy and the humor sophisticated. A director of preschool ministry at a large church in Marietta, Georgia, says that “kids today have so much in front of them . . . [that when] they come to church . . . they’re bored. You can’t just open a Bible and start reading to them.”1 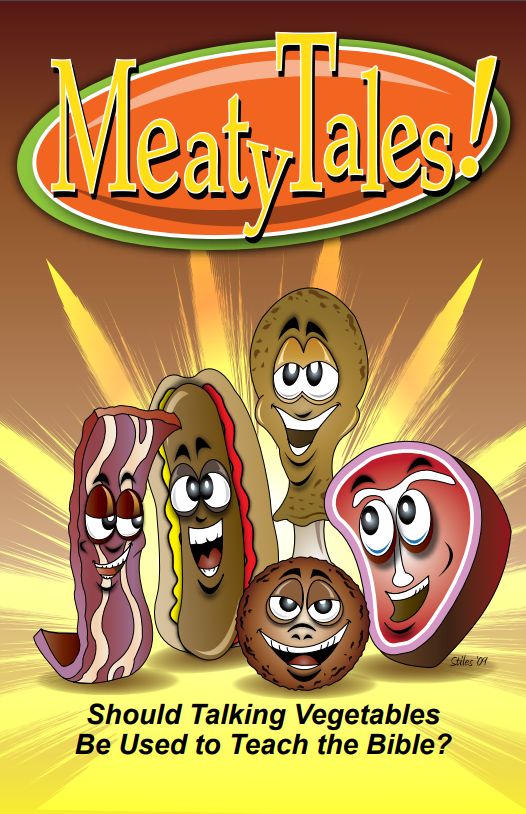 Most children leave these games behind as they get older, and we wonder and worry about the ones who don’t. We shouldn’t be surprised when children decide to outgrow the Bible because of its attachment to juvenile teaching themes and techniques. The Bible is an adult book to be taught in an adult way even to children. There is no segregation of children from biblical teaching and preaching (Ezra 10:1; Neh. 12:43). It’s up to parents to make the message understandable to their children, but this does not mean to trivialize it.

For a free copy of my booklet: MeatyTales: Should Talking Vegetables be Used to Teach the Bible?

Why the US is Falling Behind in Science, Technology, Engineering, and Mathematics

VeggieTales Said to be ‘Racist.’ I See a Bigger Problem