Almost everything coming from the Left is Fake News. In fact, it’s hard to read anything today without questioning what’s written or said. It’s gotten so bad that I have to check the weather report from three different sources.

In addition to Fake News, there’s Suppressed News. This is news that’s not reported because it will make the Democrats and the Left look bad.

Consider the Pro-Life/Anti Abortion March in DC over the weekend. It got scant attention from the Leftist media while the Women’s March was touted and praised even though some liberals denounced the march because of its anti-Semitic leadership.

The annual pro-life rally March for Life took to the streets of Washington, D.C. Friday, and the New York Times acknowledged it — barely: Reporter Eileen Sullivan’s “March for Life Holds Its Rally In Quiet Capital.” The online headline was more straightforward: “Thousands March in Washington at Annual Anti-Abortion Rally.”

Sullivan seemed to work to put a negative spin on the day’s march in her brief 330-word story. Not even a taped address from the President, and the live presence of the Vice President and his wife, could attract more prominent coverage. She didn’t bother mentioning any of the march speakers, including prominent conservative Ben Shapiro of the Daily Wire. (News Busters)

If the media had journalists working for them, they would investigate why tens of thousands of people would march for the life of the unborn by actually interview mothers who had been raped, children of raped mothers, doctors, scientists, and show the latest in 3D/4D Ultrasounds. Often with 4D Ultrasound, parents can see a yawn, a wave, or even see the baby perform tiny finger movements. The 3D images make amazing keepsakes that can be framed or shared with others.

They will interview people who are suffering because of the shutdown but refuse to show a single image of an aborted baby.

This brings me to the first of two HUGE Fake News reports. The first one was the claim from BuzzFeed (Fake) News that it had documents proving that President Trump had ordered his former lawyer Michael Cohen to lie to Congress. As you can imagine, the media ran with the story with fury and reckless abandon. 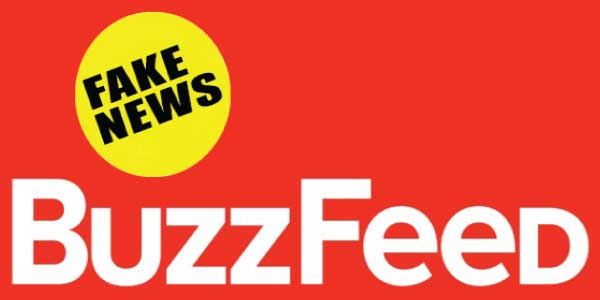 They had finally gotten Donald Trump. Cohen’s testimony “marks a significant new frontier: It is the first known example of Trump explicitly telling a subordinate to lie directly about his own dealings with Russia.”

He was going down.

The victory lap had been taken and the Champagne was on ice.

It was another Nixon moment.

There was one major problem with the story that no one could have anticipated:

The Mueller investigation said the story was false! You can’t get a greater source that the Left relies on than something from the Special Counsel’s Office. As one post stated:

Mueller defending Trump. Not a good week for hysterical Liberals.

Of course, this hasn’t stopped BuzzFeed and the Democrats from claiming they have the goods on Trump.

The viral Twitter posts claiming a group of Covington Catholic teenagers aggressively “surrounded” a Native American man on Friday and “mocked,” “harassed” and “threatened” him is officially the biggest hate hoax of 2019.

An out-of-context video showing one teenager standing still and smiling (with other students around him singing a school chant) while Native American activist Nathan Phillips bangs a drum and chants in his face went viral on Twitter on Saturday, quickly amassing over 5 million views.

The story was picked up by hundreds of news outlets — without a hint of skepticism — who portrayed the kids as evil racists.

Newly released video shows it was Phillips who approached the teenagers as they were happily chanting their school’s various anthems on the steps of the Lincoln Memorial while getting ready to leave after the March For Life rally finished. You can read the full story here.

Sure enough, I wasn’t surprised that anti-Trumper and Trump hater Bill Kristol jumped on the story to denounce Trump supporters on Twitter:

The contrast between the calm dignity and quiet strength of Mr. Phillips and the behavior of #MAGA brats who have absorbed the spirit of Trumpism — this spectacle is a lesson which all Americans can learn.

In fact, as numerous videos show, it was Mr. Phillips, the Native American with the drum, who instigated the confrontation. “One individual is seen on video telling the students, ‘White people, go back to Europe, where you came from,’ as Phillips was still banging on his drum. ‘This is not your land,’ the individual continued, adding other racial epithets. The Gateway Pundit also pointed out that Phillips had been involved in similar confrontations before.”

If some kid wearing a McCain 2008 cap had been filmed behaving this way, John McCain would have already called Mr. Phillips to express regret. And he would have used the occasion to remind his supporters they should treat others with respect. Will Trump do anything like this?

To show you how bad Fake News is, “The school itself and the diocese issued a public apology and pledged to discipline — even expel — the students.” How’s that for waiting until all the facts are in?

It is usually futile to try to talk facts and analysis to people who are enjoying a sense of moral superiority in their ignorance. — Thomas Sowell

Here’s a lesson from the Bible that today’s “journalists” and some conservatives should learn before accepting what they see and read:

Here’s what they actually do, “The first to plead his case seems right because it’s about getting rid of Donald Trump and his supporters.”

Even after seeing all the evidence and testimony, Hugh Hewitt wrote the following:

Agree but it would be useful to train every high schooler in Proverbs 15:1. And it would still be great if Covington Catholic invited Philly Archbishop Chaput, a member of the Prairie Band Potawatomi Nation, to visit the school for some teaching on respect, forgiveness, courtesy.

There’s nothing in the videos that indicate that the high schoolers violated Proverbs 15:1:

A gentle answer turns away wrath,
But a harsh word stirs up anger.

James Delingpole gets it right. Just like the Gillette ad and the attack on Rep. Steve King by the GOP, the Left has a much bigger agenda:

This whole story just exposes the left for the lying, cry-bullying, vindictive, shrill, ugly hate machine it is.

What is clear from the unedited footage of the event is that the boys did little wrong. Sure, they might have chanted boisterously, even rudely, but they are kids, and they were provoked.

Far from surrounding this supposedly innocent “Native American elder veteran,” as he has been sanctimoniously billed by the left, it was he who approached them and began drumming right in their faces.

Conservatives are easily intimidated. That’s why the media can do these kinds of things and get away with them. I say, sue the bastards!

GOP Congressman Steve King Got Blindsided by His Own Party

Rep. Alexandria Ocasio-Cortez is the Latest in a Long Line of Chicken Littles