The ‘Jesus Was a Socialist’ and ‘Property is Theft’ Lies

Covetousness is not just a sin of the wealthy. Anyone can covet. This includes the poor and governments.

The following short video is Milton Friedman on The Phil Donahue Show:

Thomas Sowell writes, “I have never understood why it is ‘greed’ to want to keep the money you have earned but not greed to want to take somebody else’s money.”1

One of the most bizarre arguments for “Jesus was a socialist” comes from people who say, “Jesus healed and fed people for free, therefore, He was a socialist.” When governments can feed people for free by multiplying loaves and fishes, heal people by touch or a word from a government bureaucrat, or raise people from the dead, then I’ll become a socialist. The thing of it is, people who want free college and free healthcare and politicians who promise such things believe that government is god. Our nation’s motto is “In God We Trust” which means “In Government We Trust.” But as history attests Governments can’t perform miracles; they can only make messes.

The moral law as it relates to covetousness and theft have not been abolished. The apostle Paul writes:

The commandments tell us when we are sinning. We have been freed from the curse of the law but not from obeying the law because the law is good (Rom. 7:12, 16; 1 Tim. 1:8). If the moral law is done away with, then there is no such thing as stealing and it’s OK for the government to take money from some people so it can be given to other people.

Paul writes, “He who steals must steal no longer; but rather he must labor, performing with his own hands what is good, so that he will have something to share with one who has need” (Eph. 4:28).  How can Paul tell someone not to steal if the commandments have been done away with? It’s not only wrong for individuals to steal, but it’s wrong for governments to steal.

Socialism is theft; it’s the transfer of wealth from some people to other people by force with the promise that wealth will be equalized. In reality, socialism is a way to create a ruling class that enriches itself in the name of the people. These rulers are government thieves, like the rich young ruler (ἄρχων/archon) (Luke 18:18) and the rich chief tax collector Zacchaeus (Luke 19:1-10) who worked for the Roman State to help the rulers steal from his fellow Jews to empower the Empire. Socialism is more of the same in the name of “social justice.” Why was it wrong for Zacchaeus to defraud and not the civil government? The law must be applied equally.

Jesus didn’t use the example of the rich man strangled by his wealth to appeal to Rome to tax the rich so the poor will benefit. “He was a ruler, a man of the state.” It is odd, Jerry Bowyer writes, “to see people who want to increase the power of rulers invoke Jesus’ commentary against a ruler.” If that had been Jesus’ objective, then why didn’t He say the same thing to Joseph of Arimathea who is described as a “rich man” (Matt. 27:57; Mark 15:43)?

It’s true that Jesus said that we should care for “the least of these” (Matt. 25:40). Who are the “these”? The context makes it clear that Jesus’ limits the scope to “these brothers of Mine.”

Note that there is no mention of government programs, legislation, or mandates. The directive is aimed at individuals, not faceless and nameless bureaucrats. Rome had the power to tax (Luke 2:1; Matt. 22:15–22), and yet Jesus never petitions the Empire to force people to pay their “fair share” in the development of a welfare State. Jesus believed in limited government.

The Good Samaritan is an example of how aid should be handled. The Samaritan took care of the “half dead” man out of his own pocket. He “bandaged up his wounds, pouring oil and wine on them; and he put him on his own beast, and brought him to an inn….” And “the next day he took out two denarii and gave them to the innkeeper and said, ‘Take care of him; and whatever more you spend, when I return, I will repay you’” (Luke 10:30–37).

The apostle Paul commanded that those who did not work should not eat (2 Thess. 3:10; also, 1 Thess. 4:11). Gleaning in the Old Testament was a way to help the poor. Even the poorest members of society had to work (Lev. 19:9-10; 23:22; Deut. 24:20-22). Jesus and his disciples practiced a form of gleaning as they walked through grain fields breaking off heads of wheat to eat (Mark 2:23). Gleaning was hard work, and it was not a government program.

Appeal cannot legitimately be made to Acts 2:44–45 and 4:32–37. These early Christians voluntarily sold their property and used the proceeds to help those in need. Neither the Empire nor the Church mandated that the property owners sell their property. Paul Solman, a business and economics correspondent for the PBS NewsHour, gets it wrong when he writes, “If you’re looking for an apparent champion of pure collectivism, I suggest the evangelist Luke and his account of the first Christian Pentecost in Acts of the Apostles, 4:32 through 5:10.” (PBS)

No one was forced into giving up his goods and possessions. It was not socialism legislated either by church or state. It does not resemble modern communism in any respect…. Ananais was free to keep or sell his property. When he sold it, he had the right to determine whether he would give all of it, or part of it, or none of it, into the treasury of the church for the alleviation of the needs of poor Christians. J. W. Lipscomb is certainly correct when he says, “The program was a voluntary expression of Christian concern for the needs of fellow Christians, and was not a program for compulsory collectivism such as we hear advocated all too often today.”2

The sale of some of their property may have been related to Jesus’ prediction that Jerusalem would be judged before their generation passed away (Matt. 24:34). They knew their land would lose its value when Jerusalem was eventually surrounded by armies (Luke 21:20). John Gill comments:

This was done by Jews, and by Jews only; who, when they embraced the Gospel of Christ, were informed that the destruction of their city, and nation, was at hand; and therefore they sold their estates beforehand, and put them to this use; which was necessary to be done, both for the support of the Gospel in Judea, and for the carrying and spreading of it among the Gentiles: but is not to be drawn into a precedent, or an example in after times; nor is ever any such thing proposed to the Christian churches, or exhorted to by any of the apostles.

Attempts at a socialistic economic system have been repeatedly tried with abject failure. For example, the Pilgrims were initially organized as a Collectivist society as mandated by contract by their sponsoring investors. No matter how much a person worked, everybody would get the same amount. It didn’t take long for the less industrious to realize that their diminished labor would net them the same result of the most industrious.

William Bradford, the acting governor of Plymouth Colony, wrote the following in his first-hand history of events Of Plymouth Plantation:

The experience that we had in this common course and condition, tried sundry years . . . that by taking away property, and bringing community into a commonwealth, would make them happy and flourishing – as if they were wiser than God.

For this community (so far as it was) was found to breed much confusion and discontent and retard much employment that would have been to their benefit and comfort. For young men that were most able and fit for labor and service did repine [express discontent] that they should spend their time and strength to work for other men’s wives and children without [being paid] that was thought injustice.

What did Bradford do? “To rectify this situation, in 1623 Bradford abolished socialism. He gave each household a parcel of land and told them they could keep what they produced, or trade it away as they saw fit. In other words, he replaced socialism with a free market, and that was the end of the famines.” (Mises.org)

“This [free enterprise] had very good success,” Bradford wrote, “for it made all hands industrious, so as much more corn was planted than otherwise would have been.”

Former Soviet leader Mikhail Gorbachev said the following in 1992: “Jesus was the first socialist, the first to seek a better life for mankind.”3 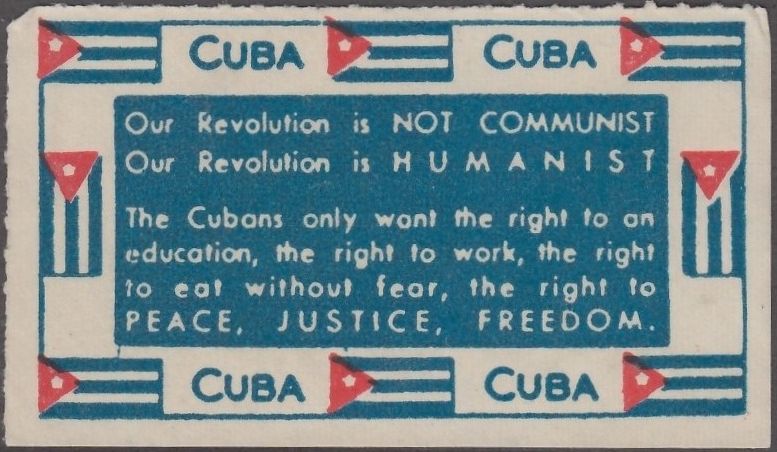 Tyrannical regimes always promise a better life. What tyrant ever says that he’s going to make things worse for people? Has socialism created a better life for mankind? It hasn’t. Economic liberty has. Economic liberty is based on the operating principle of “You shall not steal,” even if it’s by majority vote to promise free stuff to people who demand it.

Some Inconvenient Truths About the Christchurch Massacre

Some in Hollywood Think Communism is Cool and Christian

The ‘Jesus Was a Socialist’ and ‘Property is Theft’ Lies