I came across an interesting article that described the “Cobra Effect.” As soon as I read the article I immediately thought of Socialism. The “‘Cobra Effect’ is used to describe the unintended consequences of well-meaning but poorly planned incentive plans or regulatory schemes, that end up exacerbating a problem.” As you read the following, think about government programs and how they grow over time and end up costing more than the original architects of the programs claimed:

In the days of the British Raj, India’s colonial rulers grew concerned by large numbers of venomous cobra snakes infesting the city of Delhi. So the authorities offered a bounty for every dead cobra, payable upon delivery of its skin to designated officials. The plan seemed to be working great, and before long, natives were thronging to the drop off points, whose store rooms were soon bulging with cobra skins.

However, the incentive scheme did not seem have a noticeable effect on the city’s cobra population. No matter how many cobra skins were delivered to the authorities, Delhi seemed to be just as infested with the deadly snakes. City officials eventually figured out why: many locals had turned to farming cobras. Since the bounty on the snake skin was greater than the cost of raising a cobra, the British had unintentionally created a new cash crop.

When the authorities finally realized what was going on, and how their incentive scheme was being gamed, they cancelled the plan, and stopped paying out bounties for cobra skins. That turned out to be their second mistake. Without the bounties, cobra skins and captive cobras were now worthless. So Delhi’s cobra farmers did the economically sensible thing, and released the snakes back into the wild – the “wild” in this case being the city of Delhi. (History Collection) 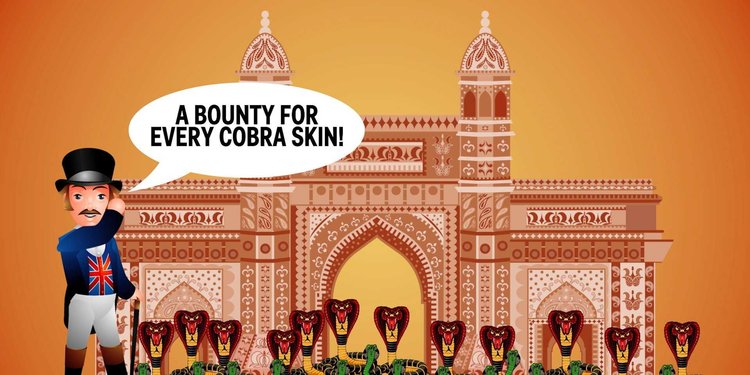 Foes of sophisticated and expensive government programs that are designed to help the poor and implemented by distant bureaucratic agencies that grow along with the growth of the programs are on target with their opposition. They have history on their side. Confiscating trillions of dollars in taxes from one segment of society and redistributing the collected revenue to another segment of society and calling it “social justice” does not mean that it is, in fact, the just thing to do.

How Evolution’s Devaluation of Human Life is Affecting Our Culture