Alabama Chief Justice Roy Moore is following his state’s constitution, the action by the voters (81% of voters voted against same-sex marriage), and the legislature that also opposes same-sex marriage.

Same-sex marriage is illegal in Alabama. It’s illegal for everybody.

A single judge in Alabama overruled these legal actions and decreed that same-sex marriage must go forward and be made legal.

Judge Moore has made a persuasive case that the rogue judge had no legal authority to make such a ruling.

Other states have capitulated to the unconstitutional actions of these rogue judges. Thomas Jefferson warned us about these types of actions by judges in a September 6, 1819 letter to jurist Spencer Roane. Selwyn Duke at the American Thinker makes the following comments:

“If this opinion be sound, then indeed is our constitution a complete felo de se” (suicide pact). The opinion Jefferson referred to is the legitimacy of judicial review, the idea, as he put it, that “gives to the judges the right to decide what laws are constitutional and what not, not only for themselves in their own sphere of action but for the Legislature and Executive also in their spheres.” He warned that accepting such a doctrine makes “the Judiciary a despotic branch” that acts as “an oligarchy.”

It’s time that judges and legislatures take their oath of office seriously in their promise to uphold and rule and legislate in terms of the constitution and not their goal of manufacturing rights that are nowhere to be found in the Constitution. 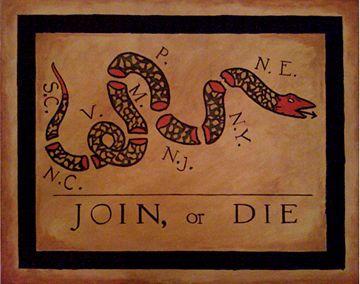 Those states that opposed same-sex marriage should join Texas and Alabama and resist judicial tyranny at the federal level.

There is strength in numbers. Join or die, if not on this cause, then it will be on some other cause. The states and their courts are legitimate governments. Those opposing the tyranny of the federal courts are not anarchists or revolutionaries. They are faithful ministers of their callings and duties to the people and God.

The following is from Texas Values.

Austin, TX February 19, 2015 – The Texas Supreme Court has issued a stay on the same-sex ‘marriage’ license that was issued this morning by the Travis County Clerk’s office and also stayed a ruling from earlier this week that attempted to strike down Texas marriage laws.

The swift stay by the Texas Supreme Court makes it clear that this same-sex marriage license is illegal and invalid and has no force of law. These rogue actions by Travis County judges are exactly why state legislators are working on laws to hold government officials accountable when they violate our Texas marriage laws. Attorney General Paxton’s leadership and vigorous defense of our marriage laws is fundamental for Texans.

Texas Values continues to be the leading voice and force in protecting marriage between one man and one woman in Texas. Texas Values was at the oral argument on Texas’ marriage case at the 5th Circuit Court of Appeals earlier this month.

Texas Values is a non-profit organization dedicated to standing for faith, family, and freedom in Texas. More information is available at txvalues.org.