Stories Liberals Don’t Want You to Know About

Liberals are the biggest censors. Conservatives are often portrayed as suppressors of contrary opinions. The facts do not support this claim. Try to teach a view contrary to the religions of evolution and climate change. To question any part of evolution allows a “divine foot in the door,” and this cannot be allowed by the materialists.

Here’s the latest from President Obama on “climate change”:

“President Barack Obama called on Americans coming of age to demand that politicians respond more aggressively to climate change, comparing those skeptical about man-caused alterations to the environment to a belief that the moon is ‘made of cheese.’”

How do reputable scientists who have scientific and factual doubts about “climate change” claims go public with their views when the president of the United States considers them to be crazy? So the legitimate deniers keep quiet, thus, skewing the numbers of those who oppose the supposed majority opinion.

In 1977, “a Senate committee led by George McGovern published its landmark ‘Dietary Goals for the United States,’ urging Americans to eat less high-fat red meat, eggs and dairy and replace them with more calories from fruits, vegetables and especially carbohydrates.

“By 1980 that wisdom was codified. The U.S. Department of Agriculture (USDA) issued its first dietary guidelines, and one of the primary directives was to avoid cholesterol and fat. . . .” 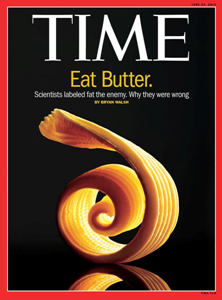 Now we are learning that the learned foodsters were wrong, but it’s taken decades, and with their diet “wisdom” they’ve helped to create one of the most obese nations on earth.

If you want to thank God at your high school graduation, you’ll be denied the right to do so. How about reading the Bible during free time? Denied.

Oppose same-sex relationships and you’ll be fired from your job or be compelled by the State to comply with arbitrary anti-discrimination laws.

Then there are the stories about people who have engaged in same-sex sexuality who have denounced their lifestyle choice.

Consider how former lesbian and radical feminist professor Rosario Champagne Butterfield was treated by about 100 demonstrating students at Wheaton College after she gave her testimony at the Christian university:

“It turns out that they did not like the message that Butterfield was bringing to the college. And the message they didn’t like was the story of her own conversion to Christ.

“The students who demonstrated said that it was wrong for the university to give the impression that Butterfield’s ‘story’ was the only valid story. According to the demonstrators, there are gay people who follow Christ and who see no need to repent of same-sex behavior. Their stories are just as valid as Butterfield’s, and Butterfield’s story of repentance from sin should not be held out as the norm on Wheaton’s campus.”

Then there’s this from former practicing homosexual Janet Boynes:

“In the midst of these public confrontations [like the CEO of Mozilla, Phil Robertson from Duck Dynasty, and David and Jason Benham who were ousted from HGTV] there is a ‘behind the scenes’ scenario playing out. Thousands of those living the homosexual lifestyle along with thousands who are not actively involved in a relationship, but are dealing with same-sex attraction are looking for a way out!”

These stories cannot be heard about by the general population. The intimidation will continue until everybody is beaten into ideological submission. The left knows that conservatives either give in or capitulate. We’re seeing it happen among churches and prominent pastors on the homosexual issue.

The pro-homosexual narrative has to be attacked with stories like those of Rosario Champagne Butterfield, Janet Boynes, and thousands of others.

Christian Band is Made Up of Atheists

Stories Liberals Don’t Want You to Know About