Bill Nye was best known for hosting the science program “Bill Nye the Science Guy.” The funny thing about Nye is that he’s not a Ph.D.-credentialed scientist. He has a number of honorary Doctor of Science degrees. In 2010, Nye received the 2010 Humanist of the Year Award from the American Humanist Association.

Nye enhanced his public notoriety by debating Ken Ham of Answers in Genesis on February 4, 2014.

Since then, Nye has been saying some rather ridiculous things about people who are skeptical of molecule to man evolution. Here’s his latest:

“The biggest danger creationism plays, according to Bill Nye the ‘Science Guy,’ is that it is raising a generation of children who ‘can’t think’ and who ‘will not be able to participate in the future in same way’ as those who are taught evolution.”

Prior to the Nye-Ham debate, I suggested the following strategy for Ken Ham to take with Nye. Unfortunately, he did not take my advice. Here’s what I wrote:

“Evolutionists must demonstrate (1) the origin of matter out of nothing (a topic they rarely want to talk about), (2) how inorganic matter evolved into organic matter (abiogenesis, life from non-life, spontaneous generation which was disproved more than 150 years ago), (3) the origin of complex information and its meaningful organization (DNA programming for millions of life forms), and (4) a genetic explanation for why it is mandatory that anyone be moral or how morality can arise out of matter. If these four points cannot be demonstrated scientifically as well as observationally, then evolution is nothing more than a modern-day form of alchemy.”

What does Nye mean when he says that the tens of millions of people who are skeptical about the claims of evolutionist won’t be able “to participate in the future in same way”? Is he trying to say that laws will be passed to keep skeptics of evolution out of certain jobs? Will he and his fellow evolutionists work to make it mandatory for colleges only to allow full-fledged evolutionists to attend?

Will people who deny the theory of evolution be denied teaching positions at the university level? You may not know that this is already happening. Ph.D.-holding professors have been denied tenure because of their creationist or intelligent design beliefs. A professor who even hints that he’s a creationist of any type will come under suspicion.

The thing of it is, I know people in each of these fields, and they are all creationists. In fact, it’s the creationists who are more rational and scientific than the evolutionists. In each of these fields the four points I listed above operate. No one expects life to generate from non-life. No one believes that complicated systems like computer programs will run without organized information.

It’s evolutionists like Nye who are irrational and ideologically schizophrenic.  They live inconsistently with their operating assumptions in a world that can’t be explained by the major tenets of evolution.

I’ve been reading Ed Catmull’s book Creativity, Inc. Catmull is president of Pixar animation and Disney animation. I don’t know where he stands on the creation-evolution debate. He holds a Ph.D. in computer science. Catmull, with training in physics, describes how watching Donald Duck being drawn and coming to life in the 1956 Disney feature “Where Do the Stories Come From?” shaped his desire to enter the animation field: 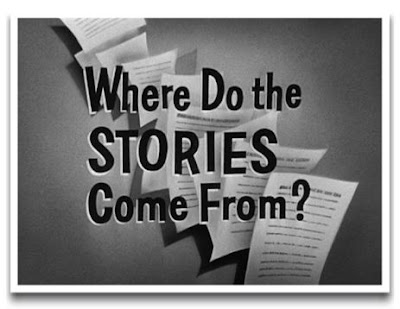 “The definition of superb animation is that each character on the screen makes you believe it is a thinking being. Whether it’s a T-Rex or a slinky dog or a desk lamp, if viewers sense not just movement but intention—or, put another way, emotion—then the animator has done his or her job. It’s not just lines on paper anymore; it’s a living, feeling entity. This is what I experienced that night, for the first time, as I watched Donald leap off the page. The transformation from a static line drawing to a fully dimensional, animated image was sleight of hand, nothing more, but the mystery of how it was done—not just the technical process but the way the art was imbued with such emotion—was the most interesting problem I’d ever considered. I wanted to climb through the TV screen and be part of this world” (8-9).

This descriptive story explains a great deal about the creation-evolution debate.  Donald Duck didn’t just appear on paper. Lines did not converge to create him. An animator— designer—had to conceive and draw him and put him in motion. As simple as an animated feature is to conceive and create, it’s a complicated process, but not as complicated as claiming that nothing became something and that something evolved into the animator that conceived and put “emotion” into Donald Duck.

130 Students and Teachers Killed by 'Peaceful' Muslims in Pakistan