For the most part, liberals are bullies. If they don’t get their way, the protest, incite riots, and pursue legal action in attempt to shut down all opposition.

It only takes one parent of a student to complain about a prayer or a religious picture to have the prayers stopped and the picture removed.

When a baker refuses to decorate a cake for a same-sex wedding, the bakery is boycotting and the owners sued. In several cases, heavy fines and threats of prison time have been exacted.

Some businesses had to close because of the harsh penalties.

Americans with a conservative bent rarely protest and never riot. When they do demonstrate, they clean up after themselves.

Republicans serving in Congress know this, so they more often than not cooperate with their supposed sworn political enemies to dole out political favors for their largest donors. They know that conservatives won’t burn down their houses.

There have been a number of tragic shootings. The police aren’t perfect. But almost no one talks about the police officers who are shot, stabbed, or bludgeoned to death in the line of duty. When this happens, there are no calls for violence or riots by the families. Maybe there should be.

Check out Officer Down Memorial Page for those officers killed in the line of duty in 2014.

The following meme was sent to me. It sums up how a lot of Americans feel: 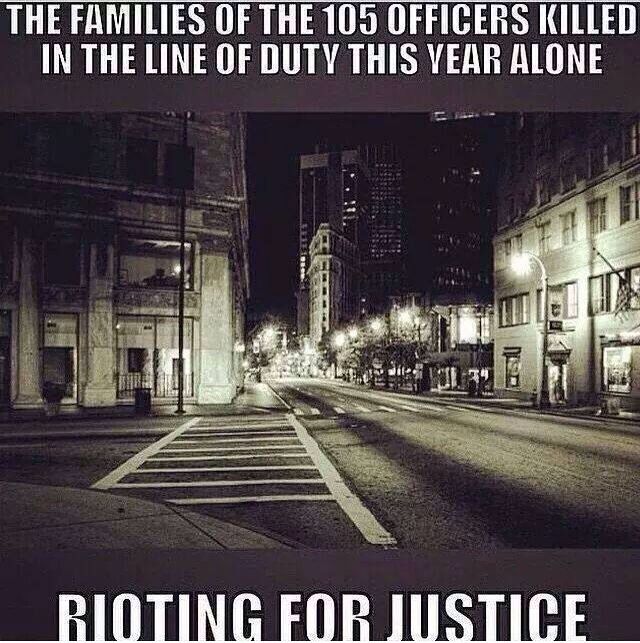 130 Students and Teachers Killed by 'Peaceful' Muslims in Pakistan

The Worst Part of Obama’s Legacy is Yet to Come