President Obama’s logic is pretty bad for the smartest president we’ve ever said. The smart president line is not my opinion. The liberal media have been describing him as someone who is at a higher intellectual level when compared to other presidents and politicians in general.

His latest logical foible came in his speech Sunday evening. He’s been lecturing, along with his Attorney General Loretta Lynch, that we should not be blaming all Muslims for the actions of a few Muslims. Most Americans agree. That’s why there have been few attacks on Muslims just for being Muslims as compared to Jews, a favorite target of radical Islamists like the San Bernardino murderers.

The following chart doesn’t say anything about how colleges, universities, the courts, and organizations like the ACLU, Americans United for Separation  of Church and State, and the Freedom from Religion Foundation repeatedly attack conservative Christians. 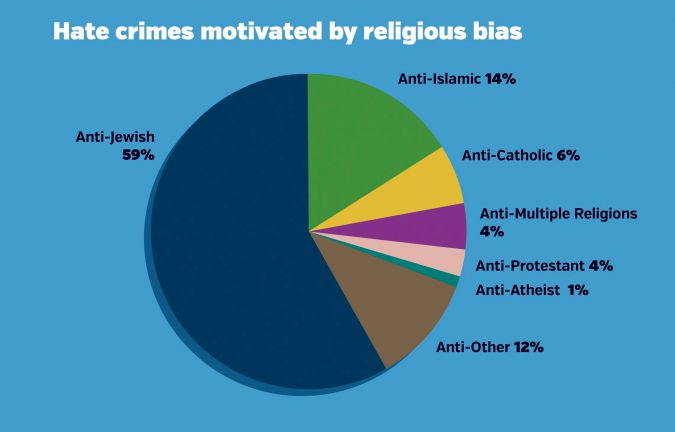 The thing of it is, the major media outlets are blaming everyone and everything except the two Muslims who murdered 14 and wounded at least that many more.

Obama comes out swinging against gun owners, the majority of whom have never used their guns to harm anyone.

Why should gun owners who have not used their guns to harm other people be punished for what these two Muslims did in the name of Islam?