Mark Galli, an editor at Christianity Today, wrote the following about Pres. Trump in an article that took the internet by storm and received hundreds of responses by evangelical writers, including me:

That [Trump] should be removed, we believe, is not a matter of partisan loyalties but loyalty to the Creator of the Ten Commandments.

Ten Commandment monuments have been ordered removed from government property by judges. For example:

The Oklahoma Supreme Court has ruled that a monument to the Ten Commandments must be removed from the state’s Capitol in Oklahoma City.

I don’t know where Christianity Today was on this topic or how it responded to Pres. Obama turning the White House into a rainbow flag celebrating same-sex sexuality, a clear violation of the Seventh Commandment. I’m almost certain that Christianity Today didn’t call for the impeachment of Pres. Obama. 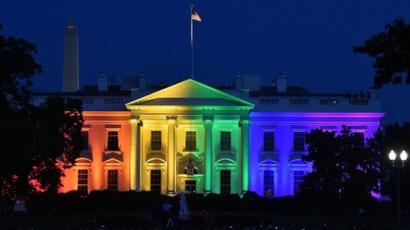 I did find this from Ed Stetzer, a contributing editor at Christianity Today:

On the second anniversary [of 9/11], we need to reflect on our response. Most of the initial unity has passed. Democrats and Republicans are not singing “God Bless America” on the capitol steps. Instead, we have moved on to Ten Commandment monuments and political campaigns.

He says the nation “needs Jesus.” I agree, but we also need God’s law since the law tells us why we need Jesus.

Why hasn’t Christianity Today been critical of the Democrats if the Ten Commandments are the standard? It’s an irritating puzzle that demands an answer. Trump is by no means a perfect man, but to claim that he’s somehow different from other politicians is maddening.

John F. Kennedy had his sexual conquests. Ted Kennedy left a woman to drown in the backseat of his car while he met with his political advisers on how to handle the incident. Bill Clinton has been accused of numerous sexual indiscretions. These are just some of what we know. The media have been complicit in keeping Democrat sins off the front page.

I’m for equality when it comes to pointing out the sins of politicians. For every sin of Trump, the media should expose a sin of a Democrat. But the question remains – by what standard? – since Democrats no longer have any standards.

It would be helpful if Christianity Today would evaluate the Democrats by the standard of the Ten Commandments:

It would be a great help if the folks at Christianity Today would be an equal opportunity judge of both Republicans and Democrats.

The First Church of Christian Gnosticism