It all makes sense now. Bagpipes are a threat to America. Why? Some bagpipes have parts made from ivory.

You might recall that in 2011, “the US Fish and Wildlife Service confiscated hundreds of thousands of dollars worth of wood from guitar giant Gibson’s Tennessee locations.”

“Gibson agreed to pay a $300,000 fine for the ebony from Madagascar that was taken in the first raid. The company also agreed to make a $50,000 donation to the National Fish and Wildlife Foundation to promote conservation work and forfeited the seized illegal wood, which was valued at $261,844.”

So what is more precious to our government? The lives of American citizens or pieces of ivory and dead wood?

This is the topsy-turvy world of government bureaucracy gone wild. Instead of protecting our borders from illegal aliens and the diseases they may harbor, they’re going after banned ivory and hardwoods. 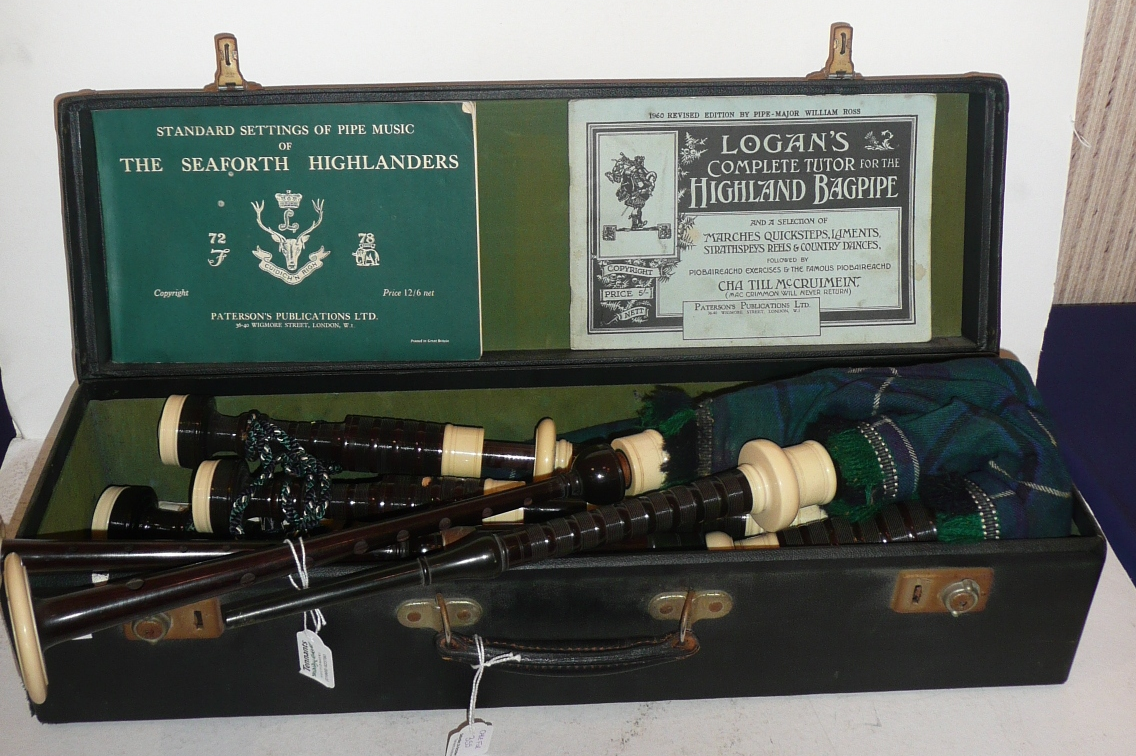 But back to the bagpipes. The following is from the Scotsman.com that appeared in Gary North’s Tea Party Economist.

BAGPIPERS have expressed their fear over a new law which led to two US teenagers having their pipes seized by border control staff at the weekend.

Campbell Webster, 17 and Eryk Bean, 17, both from New Hampshire, had their pipes seized while travelling between Canada and the US, just two days before they were due to fly to Scotland for the World Pipe Band Championships.

Mr Webster’s pipes, which were previously used by his father in his role as an official piper to the Queen, were confiscated by officials because they are made out of ivory.

New laws brought in earlier this year mean that owners of pipes containing ivory must get a Convention on International Trade in Endangered Species (CITES) certificate from the US Fish and Wildlife Service in order to transport their pipes across borders.

And pipers hoping to travel to Scotland for the competition will have to make an appointment with officials at a “designated” port and make a declaration on their customs form.

But pipers say the confusing rules, brought in at the end of June, are causing “significant concern” – with many unsure how the new laws work.

Mr Webster, from Concord, New Hampshire, had his £6,000 bagpipes taken off him by US Border Patrol in Vermont just two days before he was due to fly to Scotland.

The teenager said he had a CITES permit but was told he needed it amended to allow him to travel through smaller border crossings.

After beginning a campaign online, Mr Webster had his pipes returned on Tuesday.

He said: “My friend and I both had our pipes seized by the US government Sunday night.

“We were told we were never going to see them again.”

Is That Obama’s Unqualified Ebola Czar in a Holiday Inn Express Commercial?