I Found the Perfect Person to Put in Charge of Healthcare

The government should not be involved in any aspect of health insurance. We’re not in a healthcare debate. We’re in a debate on how people should pay for their own healthcare decisions.

The government is not interested in healthcare otherwise it would make killing unborn babies a crime and stop funding Planned Parenthood, an organization that’s in the unborn-baby killing business.

There’s a story about building a staircase that caught my attention:

A Toronto man spent $550 building a set of stairs in his community park. The city insisted that he should have waited for a $65,000 city project to handle the problem. The city is now threatening to tear down the stairs because they were not built to regulation standards. One estimate put the cost at $150,000. “I thought they were talking about an escalator,” Adi Astl told CTV News Channel on Wednesday. Astl says he hired a homeless person to help him and built the eight steps in a matter of hours.

You can read the full story here.

He obviously neglected to do an Environmental Impact Study, bid the job out to Minority-Only Owned Businesses, source only Sustainable building materials from suppliers within a 1-mile radius of the project so as to reduce the carbon footprint of the job and to make sure the Feng Shui of the design had been approved by a Feng Shui master like Paul Ng. No Feng Shui, No Peace.

Any number of good tradesmen could build a rugged set of stairs in terms of safety standards and building regulations. Where’s Mike Holmes when you need him? He’s from Canada. I bet he and his crew could build a great set of stairs for under $5000. “In May 2010, Reader’s Digest’s second annual survey named Holmes as the second most widely trusted person in Canada behind David Suzuki.” 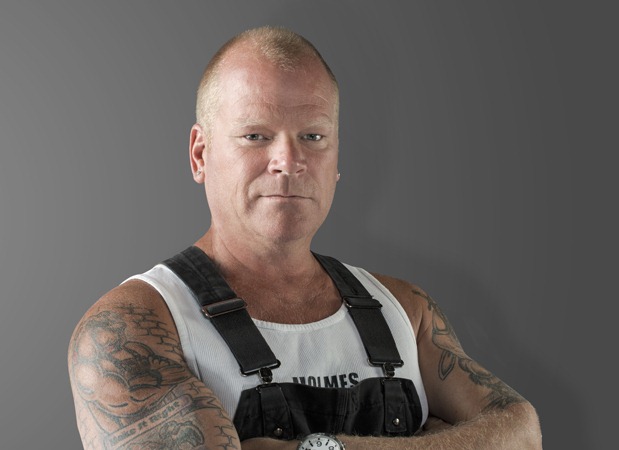 Here’s my point. Building a set of stairs is a lot like buying insurance. There are different types of stairs for different uses. There are thousands of good carpenters who can build solid and safe stairs. No one is forced to use one tradesman over another. There as many stair designs and as there are tradesmen who can execute them.

Last week, I had a company give me an estimate to replace the columns on our front porch. He spent an hour going over the details of the construction, the job site, tear down, environmental concerns, disposal, etc. The longer he went on, I mentally calculated a higher and higher price. I was shocked. As soon as I saw what it was going to cost, I said, “There is no way I’m going to pay that much to replace the columns.” I showed him a sun room we had built two years ago. It only cost $2000 more than what his company was going to charge to replace some columns.

I told my wife that I’d pay myself half of what he said it would cost and do it myself. But as I took a look at the columns, I considered that they only needed some repairs and cosmetic fixes which I could do. Instead, I asked around and contacted a carpenter. He’s coming out next week to price the job.

Why should the purchase of health insurance be any different?

I Found the Perfect Person to Put in Charge of Healthcare