Five Reasons Why It’s Easy Being a Democrat

The media are describing the leadership resignation of John Boehner and the attempt to vote in a new Speaker of the House as “chaos among Republicans.” One RINO Republican described what’s going on with conservatives flexing (finally) their political muscles as a “banana republic.”

In a banana republic the opposition would either be jailed or taken out and shot. That’s not happening in the House. We’re seeing a struggle for the soul of America taking place without bloodshed. It doesn’t happen this way in many parts of the world.

“[T]he Drive-By Media acting like this is totally shaking up — why isn’t the media acting happy? Why isn’t the media ecstatic that the Republicans are imploding this way, instead of why are they worried the Republicans are imploding? Have you figured that out? . . . What it should tell you is that McCarthy obviously is a Washington insider and his fall from grace as future Speaker obviously is bad news to the insiders or the establishment in Washington — both parties — and the reason for that is it is perceived that Ted Cruz and the House Conservative Caucus are behind this, these Tea Party yokels, and it is viewed as these upstart conservatives taking control of the House, and they’re outsiders.”

This would never happen to Democrats because Democrats are unified around five basic governing principles:

To stray from either list of the essential five pillars of the political or religious faiths, and you are automatically eliminated as a true follower.

There are Republicans who actually want to tax less, spend less, shrink the government, move people from dependency to self-reliance, and oppose killing unborn babies.

Liberals (and Establishment Republicans) have the ongoing job of keeping their people focused on the defining operating principles, and John Boehner has used his authority to keep opposition to a minimum. “Now’s not the time . . . When we get the presidency . . . We can’t anger the moderates. . . Obama will just veto our legislation . . . Ted Cruz is a jackass.”

The conservatives are trying to make potatoes out of sterile Martian soil and excrement. It’s hard work and it smells like s***, but it’s a necessary job for our nation’s survival. 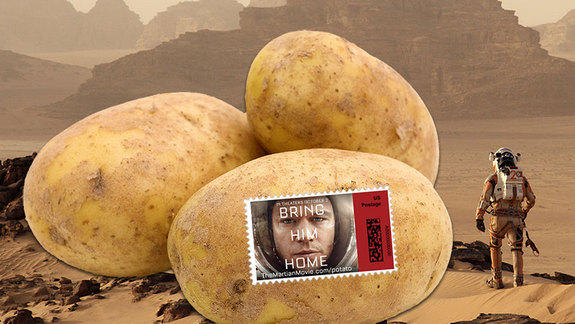 Let’s hope they will be as successful as Matt Damon’s character in The Martian was with his crop of potatoes.

Ten Commandments Battle in Oklahoma: Will It be OK to Steal and Murder?

Five Reasons Why It’s Easy Being a Democrat