Is it, “the proof is in the pudding”? Or is it, “the proof of the pudding is in the eating”? Fake sayings are like fake news or fake history. There’s some truth in what is reported, for example, some of the words may be the same, but there’s so much that’s untrue as to make the news reporting fake.

For example, “proof” and “pudding” are common to both phrases, but it’s what’s left out that makes all the difference.

The original version is the proof of the pudding is in the eating. And what it meant was that you had to try out food in order to know whether it was good.

In Britain, dating back centuries, pudding meant more than a sweet dessert… [P]udding referred to a kind of sausage, filling the intestines of some animal with minced meat and other things — something you probably want to try out carefully since that kind of food could be rather treacherous.1

There are many supposed facts that are not facts. Some of these false facts are harmless. It doesn’t matter that much if it’s “the proof is in the pudding” or “the proof of the pudding is in the eating.” But the principle of getting something right is important when it comes to what the Bible says, historical facts, scientific claims, the Constitution, and arguments that work their way into legislation that affect all of us.

This happened during the reign of Zedekiah where the words of God’s messengers were ignored:

Furthermore, all the officials of the priests and the people were very unfaithful following all the abominations of the nations; and they defiled the house of the LORD which He had sanctified in Jerusalem. The LORD, the God of their fathers, sent word to them again and again by His messengers, because He had compassion on His people and on His dwelling place; but they continually mocked the messengers of God, despised His words and scoffed at His prophets, until the wrath of the LORD arose against His people, until there was no remedy (2 Chron. 36:14-16).

The word “proof” means to “test.” Mathematical and logical proofs – if this then that, not this therefore not that – are the most well-known:

A proof is a logical argument that tries to show that a statement is true. In math, and computer science, a proof has to be well thought out and tested before being accepted. But even then, a proof can be discovered to have been wrong.

Proving scientific theories are also crucial to understanding how our world works. There was a time when spontaneous generation was an accepted scientific theorem and the germ theory of disease was rejected. This hasn’t stopped materialists to claim that life arose spontaneously.

The Apostle John admonished his first readers, “Beloved, do not believe every spirit, but test the spirits to see whether they are from God, because many false prophets have gone out into the world” (1 John 4:1). There’s nothing new about false prophets. They were around in John’s day. The same is true of false teachers:

But false prophets also arose among the people, just as there will also be false teachers among you, who will secretly introduce destructive heresies, even denying the Master who bought them, bringing swift destruction upon themselves. Many will follow their sensuality, and because of them the way of the truth will be maligned; and in their greed they will exploit you with false words; their judgment from long ago is not idle, and their destruction is not asleep  (2 Peter 2:1-3).

The apostle Paul writes, “examine [test] everything carefully; hold fast to that which is good” (1 Thess. 5:21). When Paul and Silas spoke in the synagogue to the Jews in Berea after they had been run out of Thessalonica, they encountered an examination of their message:

Now, these were more noble-minded than those in Thessalonica, for they received the word with great eagerness, examining the Scriptures daily to see whether these things were so. Therefore, many of them believed, along with a number of prominent Greek women and men. But when the Jews of Thessalonica found out that the word of God had been proclaimed by Paul in Berea also, they came there as well, agitating and stirring up the crowds (Acts 17:11-14).

Similar to today, there were people who did not want other people examining the facts of a position. Pro-life demonstrators are harassed, sometimes violently. Conservative speakers on university campuses are threatened, yelled at as they speak, and often driven off the stage.

It’s not enough to know what you believe, it’s necessary to know what others believe in order to separate fake from real news. The apostle Paul knew what the Jews believed, but he also knew what the Greek philosophers of his day believed (Acts 17:18-34). He was also familiar with Roman law (Acts 16:35-40; 22:22-30).

Luke was an investigative reporter. Here’s how his gospel begins:

Inasmuch as many have undertaken to compile an account of the things accomplished among us, just as they were handed down to us by those who from the beginning were eyewitnesses and servants of the word, it seemed fitting for me as well, having investigated everything carefully from the beginning, to write it out for you in consecutive order, most excellent Theophilus; so that you may know the exact truth about the things you have been taught (Luke 1:1-4).

It’s unfortunate that many Christians don’t know what they should know. A national survey of religious knowledge, including Bible knowledge, conducted by the Pew Research Center’s Forum on Religion & Public Life found that, on average, adults could only answer 16 of 32 questions correctly.

Atheists, agnostics, and Jews did better than Protestant Christians.

The late anti-theist Christopher Hitchens knew more about the Bible than most Christians.

You can take a short 15-question version of religious knowledge quiz here. The breakdown of the results is found here.

The results of this survey are not new. In 1996, George Barna reported that 80 percent of Americans “believe that the Bible includes the statement that ‘God helps those who help themselves.’”2 This is not surprising because seven years earlier a survey of religious beliefs were less than spectacular:

Americans revere the Bible — but, by and large, they don’t read it. And because they don’t read it, they have become a nation of biblical illiterates… This lack of Bible-reading explains why Americans know so little about the Bible that is the basis of the faith of most of them. For example, eight in ten Americans say they are Christians, but only four in ten know that Jesus, according to the Bible, delivered the Sermon on the Mount.

Fewer than half of all adults can name Matthew, Mark, Luke, and John as the four Gospels of the New Testament, while many do not know that Jesus had twelve disciples [Jesus had 12 apostles and many disciples] or that he was born in Bethlehem. In addition, a large majority of Americans believe that the Ten Commandments are still valid rules for living today, but they have a tough time recalling exactly what those rules are.”3

In addition to a general lack of knowledge about the book Christians claim they revere and read, I suspect that there is a lack of knowledge of the issues of the day. That’s why many Christians easily succumb to bad arguments supporting abortion, same-sex sexuality, the role of civil government in society, education, the Constitution, and economics.

God says of His rebellious people,

My people are destroyed for lack of knowledge.
Because you have rejected knowledge,
I also will reject you from being My priest.
Since you have forgotten the law of your God,
I also will forget your children… (Hosea 4:6).

Charles Babbage (1791–1871), an English scientist and mathematician who conceptualized the idea of a programmable computer, understood that scientists were often guilty of manipulating evidence to add credibility to a theory. Babbage described three types of misconduct that I contend applies to every area of life: 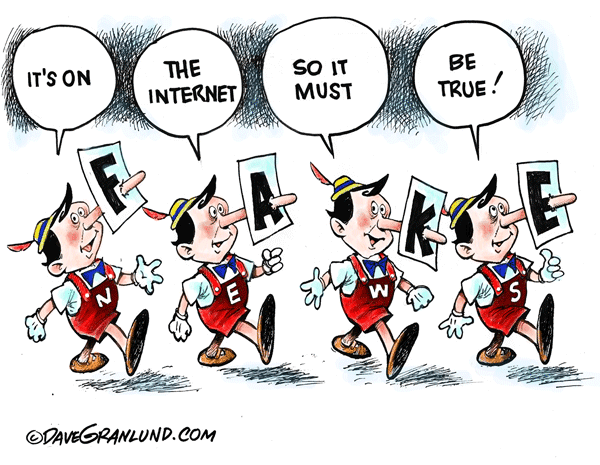 What does the Bible say?

It’s not just about accuracy for accuracy’s sake; it’s about ethics. Telling the truth, no matter how painful or damaging, is a moral imperative.

There’s nothing new under the sun. The question is, what are we going to do about it? We should be thankful for websites like Breitbart, Newsbusters, Lifesite, and many more alternative news sources that are driving Leftists, Cultural Marxists, Democrats, Never Trumpers, the Deep State, and Establishment Republicans insane.

When the Wicked Seized a City